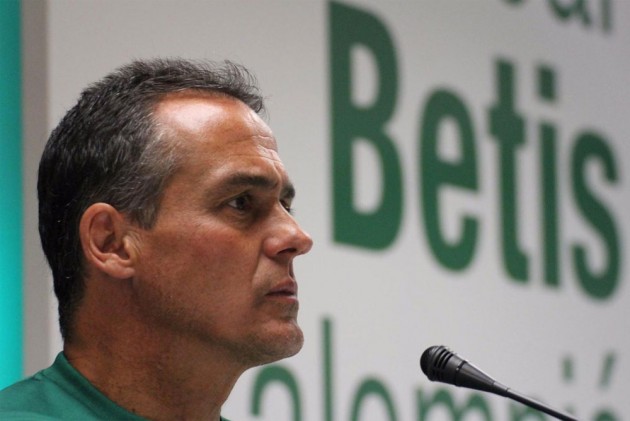 Real Betis have parted with head coach Rubi amid the club's poor form, the LaLiga side announced. (More Football News)

Rubi departs Betis following Saturday's 1-0 defeat at Athletic Bilbao, a result which left the Seville-based outfit 14th in the standings and eight points above the relegation zone through 30 matches.

Betis have appointed sporting co-ordinator Alexis Trujillo until the end of the season after just one win in 10 LaLiga games.

"Real Betis Balompie administration board have decided today that Alexis Trujillo will be in charge of the first team," a statement read.

#RealBetis would like to thank Joan Francesc Ferrer Sicilia ‘Rubi’ and his technical staff for all their services and professionalism.

All the best in the future, gaffer. pic.twitter.com/xOtzeAGP9T

"The former green and white player and captain, currently co-ordinator of the sporting area of the club, will be at the helm until the end of the current season.

"Humberto Alexis Trujillo Oramas was a Real Betis player for seven seasons, in which he played 264 official games in total. He has also been the head coach of the green and white for two games in the 2016/2017 season

"Also, the club would like to thank Joan Francesc Ferrer Sicilia 'Rubi' and his technical staff for all their services and wish them all the best in the future."