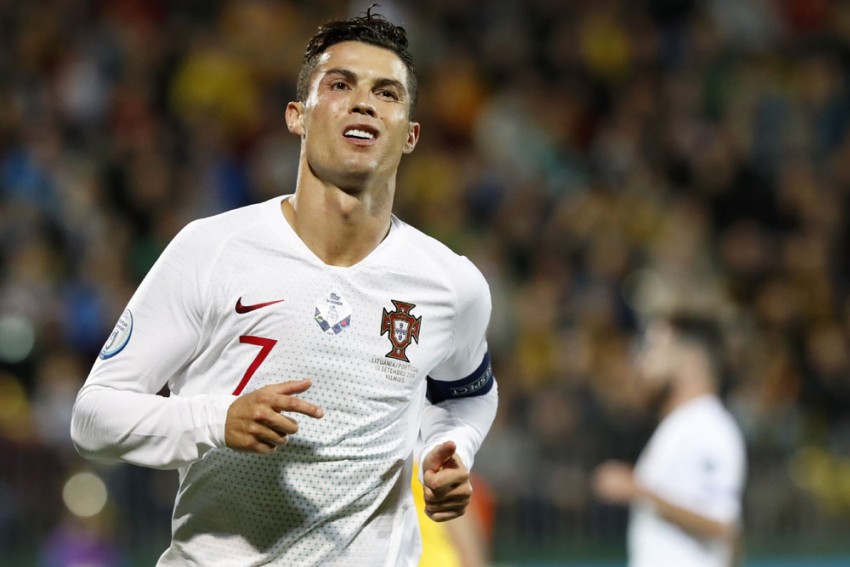 Portugal is keen to explore the Indian market with smart tie ups with India's football administrators, and the presence of Cristiano Ronaldo could have a huge impact.
AP
Soumitra Bose September 24, 2019 00:00 IST Portugal Football Federation Looks To Sell Cristiano Ronaldo In India 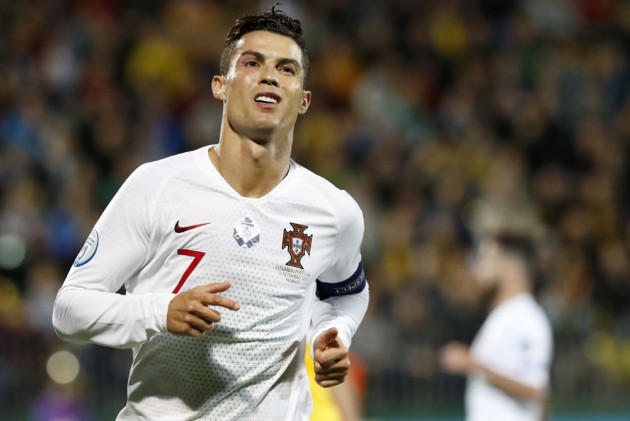 Six centuries after Portuguese explorer Vasco da Gama became the first European to reach India by sea, Portugal's football administrators are once again aiming to discover a new route to India – this time through football and Cristiano Ronaldo could be their modern-day Vasco da Gama.

Speaking during a conference on "Sports Movement" organised by India on Track, Crowley, an Irishman better known as DC in football's circles, said the PFF is eyeing the Indian football market as part of its expansion plan in Asia. Portugal already has three Chinese partners.

Crowley says it was time for Portugal to ride the wave of India's craze for sporting heroes. International football is extremely popular in India and it's invasion is virtually complete due to extensive TV coverage of the world's top tournaments like the English Premier League, Spanish La Liga, Italy's Serie A and Bundesliga (Germany).

"The Portuguese league is not among the top leagues of the world but we have the most popular footballer of the world – Cristiano Ronaldo," said Crowley, adding that CR7 was a marketing delight and every corporate entity wants a piece of him. "We certainly want to tie up with India," he added.

If at all, this will not be Portugal's first association with Indian football. Another Portuguese icon and World Cup hero Luis Figo was involved with a controversial futsal tournament that also saw the involvement of India's cricket captain Virat Kohli.

Meanwhile, the Premier League on Tuesday announced the launch of its official Instagram and Twitter accounts in India. The channels will feature content designed exclusively for Premier League fans in India and will be produced primarily in English and Hindi.

The new Instagram and Twitter accounts will offer fans access to match-related news and Fantasy Premier League content, with opportunities to win tickets to watch Premier League matches live in the UK. Bollywood star and Arsenal supporter Ranveer Singh has been the Premier League’s official ambassador in India since 2017.

Discussions On MS Dhoni's Future Unfair, Only He Can Take That Call: Yuvraj Singh