Neymar has time on his side as he looks to become the best player in world football, says his former coach Unai Emery 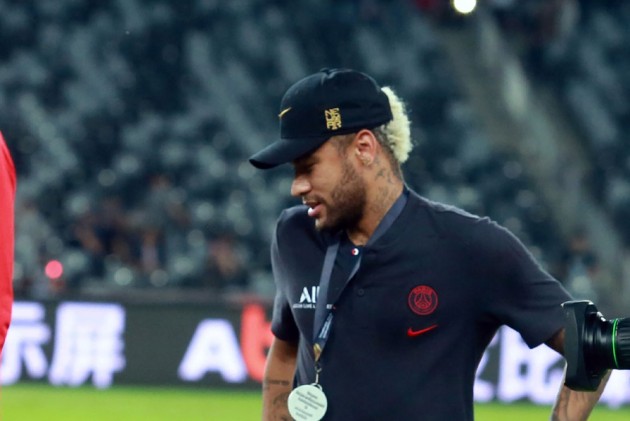 Unai Emery believes Neymar has the capacity to usurp Lionel Messi and Cristiano Ronaldo as the best player in the world. (More Football News)

Former Paris Saint-Germain head coach Emery worked with Neymar for his first season in France after the Brazil international's €222million move from Barcelona in 2017.

The Spaniard, who left PSG in 2018 and went on to manage Arsenal, loved his experience with Neymar and continues to believe in the 28-year-old's world-class ability.

"I had a magnificent year with him," Emery said, per EFE, in an interview with Granada coach Diego Martinez, who was his assistant at Sevilla.

"I learned so much watching his responses in each training session and in games.

"Neymar has the talent inside him but also the ability and qualities to execute it.

"I think he's got an opportunity to take the baton from Messi and Cristiano Ronaldo and be the best player in the world, and he has the time to do it."

Neymar has won six trophies in his three seasons at PSG, including a Ligue 1 title in each year.

Champions League success has so far eluded him in France, though PSG had secured a quarter-final place in this season's competition before the coronavirus pandemic brought a halt to major football.