Utah Jazz inflicted the LA Lakers' biggest loss this season, while Luguentz Dort hit a buzzer-beater as the Thunder edged past the Spurs 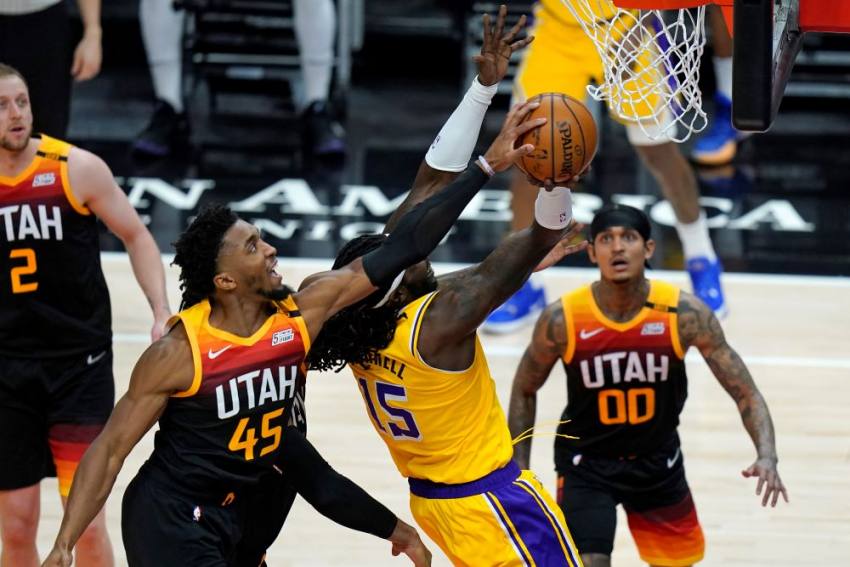 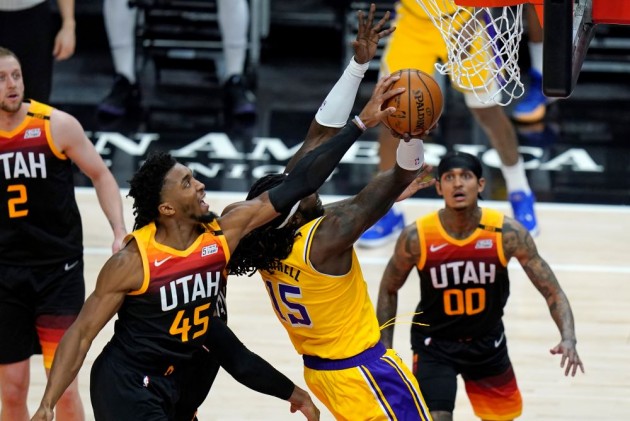 James was the game's top scorer with 19 points while six Jazz players hit double-figures, with Rudy Gobert and Jordan Clarkson dropping 18, and the NBA leaders raced away with this contest between two championship contenders.

Utah stormed to a 16-point half-time lead before restricting the Lakers to a season-low 17-point third quarter, and the hosts once again set the bar high from downtown, shooting 22 threes, including a franchise-high 14 in the first half.

The lifeless Lakers offered little resistance while slipping to their biggest loss of the season as the Western Conference leaders cruised to a 22nd win in 24 games.

The Jazz's league-leading 15-2 home record improves them to 26-6 overall.

With Anthony Davis joined by Dennis Schroder on the sidelines, Montrezl Harrell (16 points) and Markieff Morris (12 points) were the only other Lakers players to hit double-figures as their record fell to 22-11.

The @utahjazz are the first team in NBA history to make 50 threes over a 2-game span.

They have now won 14 straight home games by double digits, the second-longest streak in NBA history behind the 1989-90 Suns (15).

Danilo Gallinari set an Atlanta Hawks franchise record of 10 three-pointers in the 127-112 win against the Boston Celtics.

The Italian veteran had the best shooting day of his career, burying 13 of his 16 attempts from the field, while putting up a personal-best 38 points.

Danilo Gallinari of the @ATLHawks went 13-for-16 from the floor tonight, including 10-for-12 on three-pointers.

Pascal Siakam was only able to put up five points from his 24 minutes on court in the Toronto Raptors' 116-108 defeat by the Miami Heat.

The Raps center landed one of six field-goal attempts, sinking one of his three from distance and adding a pair of free throws, before being benched in the fourth quarter.

Dort beats the clock and comes up clutch

The Canadian becomes only the third player in franchise history to sink a game-winning three since the move to Oklahoma, joining Kevin Durant and Russell Westbrook.

Giannis Antetokounmpo has led the Milwaukee Bucks (19-13) to third in the east and they host the Zion Williamson-inspired New Orleans Pelicans (14-17) on Thursday.