After a tweet about James Harden earlier this month, the 76ers' Daryl Morey was fined by the NBA 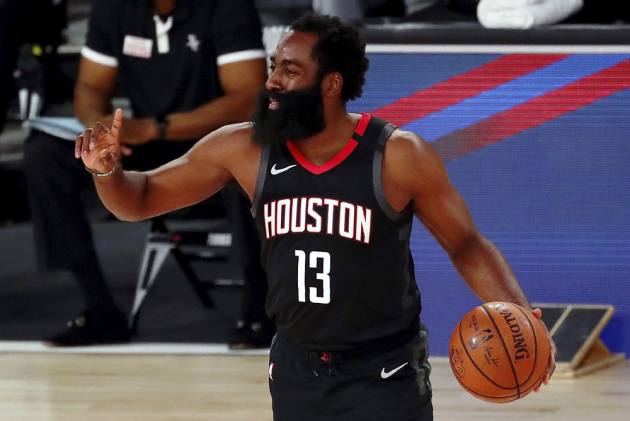 Philadelphia 76ers president of basketball operations Daryl Morey has been fined $50,000 for violating the NBA's anti-tampering rule with a tweet about James Harden. (More Sports News)

Morey, the former Rockets general manager, shared a tweet – which has since been deleted – on December 20 about Harden, a year after the star broke Houston's franchise assist record.

With Harden having reportedly requested a trade from the Rockets, it fuelled speculation the eight-time All-Star could be heading to Philadelphia after being heavily linked with the 76ers.

The NBA announced on Monday it had fined Morey for the tweet.

"The NBA announced today that it has fined Daryl Morey, Philadelphia 76ers president of basketball operations, $50,000 for violating the league's anti-tampering rule," a statement read.

"The fine is in response to a since deleted social media post Morey made on December 20 regarding the Houston Rockets' James Harden."

Harden started the season with 44 points and 17 assists in the Rockets' 128-126 overtime loss to the Portland Trail Blazers on Saturday.

He became the first player in NBA history to post at least 40 points with at least 15 assists in their first game of the season.

It was the fourth time Harden has had that line in his NBA career and the 17 assists he finished with tied his career high.

The only time he had scored more with that many assists was when he combined them with 53 points and 16 rebounds against the New York Knicks in December 2016.