Zion Williamson underlined his status as the NBA's emerging star with a dominant display in the New Orleans Pelicans' victory over the Philadelphia 76ers. 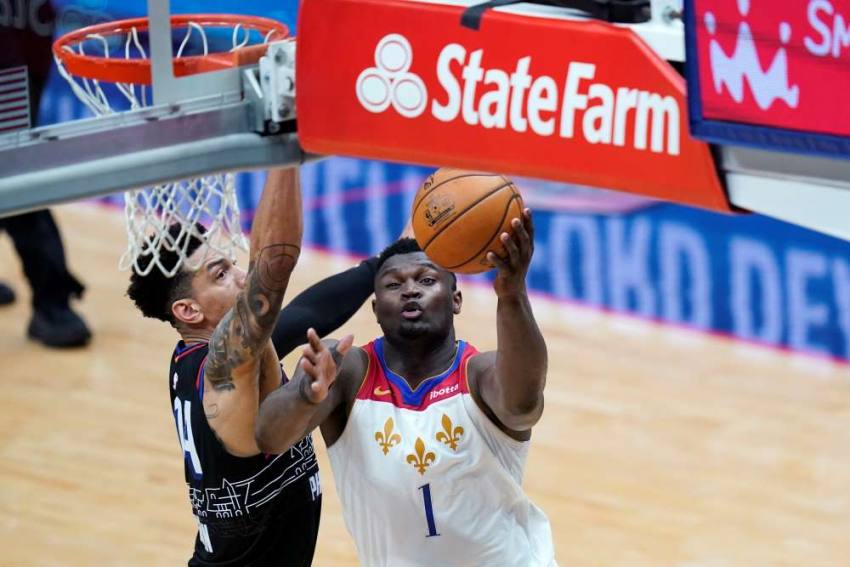 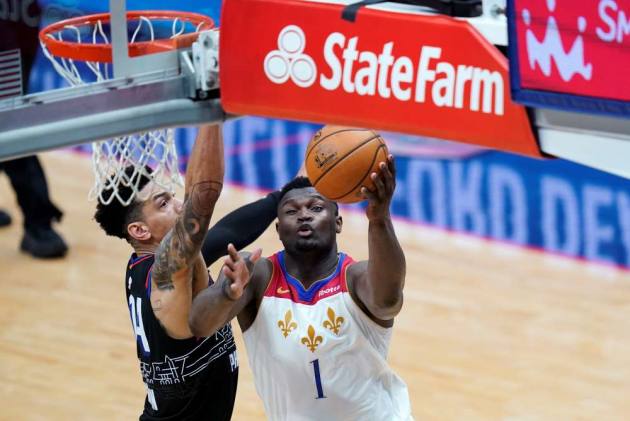 Zion Williamson underlined his status as the emerging star of the NBA with a dominant display in the New Orleans Pelicans' 101-94 victory over the Philadelphia 76ers on Friday. (More Sports News)

The 2019 number one draft pick had a career-best 15 rebounds along with 37 points and eight assists as the Pels turned to him in Lonzo Ball's absence.

Pelicans coach Stan Van Gundy said: "We decided we'd play him at the point all night. He had the ball in his hands all the time and the ability to make plays.

"Had we shot decently he would have finished with double figure assists too. He played the game the way you're supposed to play the game. He was incredible tonight."

Joel Embiid was kept quiet by Steven Adams, managing only 14 points and nine rebounds for the 76ers who are behind the Brooklyn Nets in the East with a 35-17 record.

The Los Angeles Clippers blew the Houston Rockets away with a 41-10 second quarter in a 126-109 victory with Kawhi Leonard top scoring with 31 points, along with five rebounds and eight assists.

Van Gundy said with Lonzo out, they wanted to play Zion at the point "all night" #PointZion pic.twitter.com/6bPPMgnZFG

The Milwaukee Bucks lost their third straight game without star Giannis Antetokounmpo going down 127-119 to the Charlotte Hornets.

Giannis has missed four games with knee soreness and the Bucks are feeling his absence, slipping to a 32-20 record as Miles Bridges scored 26 points and had seven rebounds and four assists for the Hornets.

Jayson Tatum had 53 points, 10 rebounds and four assists in a huge shift as the Boston Celtics beat the Minnesota Timberwolves 145-136 in over-time.

In a high-scoring match, Tatum was well supported by Jaylen Brown with 26 points and Marcus Smart with 24, while Karl-Anthony Towns had 30 points, 12 rebounds and seven assists for Minnesota.

Tatum's haul was the highest by a Celtics player since Larry Bird scored 60 points in 1985.

Trae Young scored 42 points for the Atlanta Hawks as they won 120-108 over the Chicago Bulls, who had guard Zach LaVine hit a career-high 50 points of his own.

Lithuanian center Domantas Sabonis had a double-double with 16 points and 15 rebounds in the Indiana Pacers 111-106 win at the Orlando Magic.

Russell Westbrook got another triple-double with 19 points, 14 rebounds and 14 assists in the Washington Wizards' 110-107 triumph over the Golden State Warriors.

53 POINTS FOR JAYSON TATUM @jaytatum0 reaches a career high and scores the most @celtics points since Larry Bird to power Boston in OT! pic.twitter.com/70sOxa8Lab

The San Antonio Spurs stormed home in the last against the Denver Nuggets but ultimately lost 121-119, meaning they have now lost nine of their past 11 matches and are sliding out of play-offs contention.

LaVine's 50-point haul was massive but 39 of those points came in the first half, becoming only the third player over the past 20 seasons to achieve that feat, joining Klay Thompson and Kobe Bryant.

The Brooklyn Nets (36-16) host the Los Angeles Lakers (32-20) with both sides without some key players in an appetising match-up.