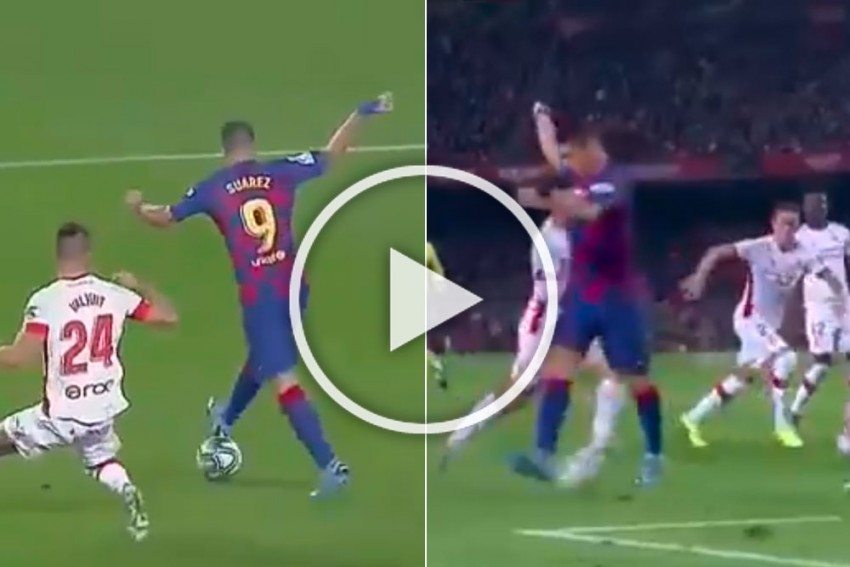 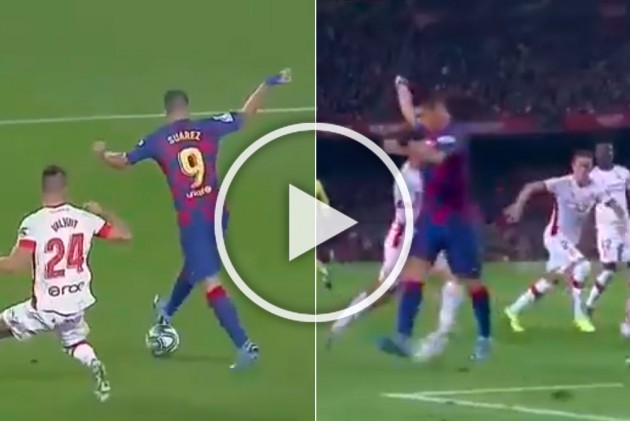 While Lionel Messi bagged a record-breaking hat-trick, Suarez capped a wonderful team move by back-heeling past Mallorca goalkeeper Manolo Reina prior to half-time.

"It's the best goal of my career," Suarez, who has now scored against all 28 teams he has faced in La Liga, said of the 43rd-minute goal.

The Buildup is 5 â­
The Finish is 6 â­
What a goal by #FCBarcelona and that finish by #Suarez is out of the world ð± pic.twitter.com/PFVMpVH0uf

"I knew that it was a tight angle and the last option I had was to hit it with my heel. I was looking to bounce it because I had very little chance against the goalkeeper.

"[Head coach Ernesto] Valverde tells me that sometimes I miss the easiest ones and score the most difficult ones."

The highlights you've been waiting for...

Messi scored a hat-trick and @LuisSuarez9 a ridiculous backheel (0:57) in a memorable @FCBarcelona win! #BarçaRCDMallorca pic.twitter.com/CH7mH5lVuj

Barca produced an impressive performance at home to Mallorca as they moved ahead of Real Madrid on goal difference after their rivals won earlier in the day.

"This shows the confidence we're gaining as the matches go by," Suarez said. "We've been looking for our team-mates more and it was a great match today."

Antoine Griezmann opened the scoring in the seventh minute as the former Atletico Madrid star netted his first La Liga goal since October 18.

With his spectacular back-heel goal in minute 43, @LuisSuarez9 has now scored against ALL 28 teams he has faced in @La LigaEN!% Uruguaysho!

"He has had to take up a new position in attack, he must find his space," Suarez of Griezmann. "I congratulate him on settling in because it's not easy."