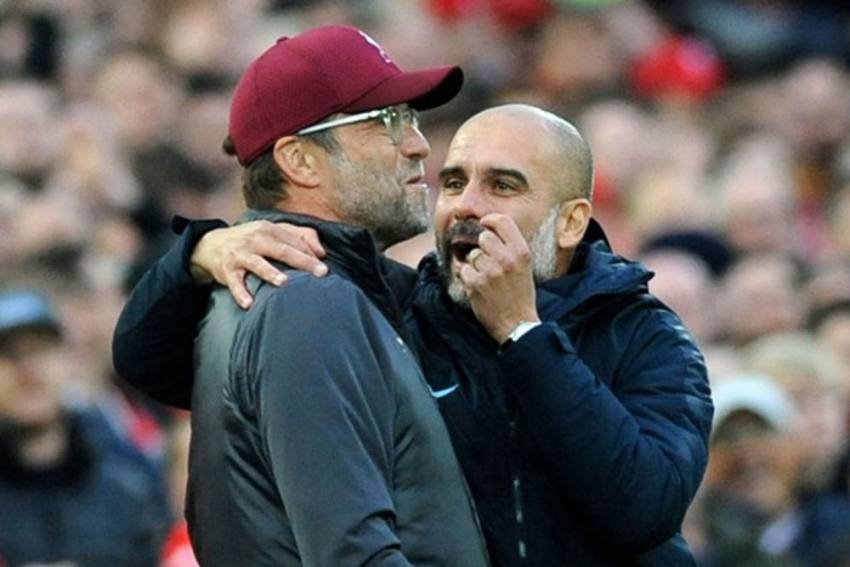 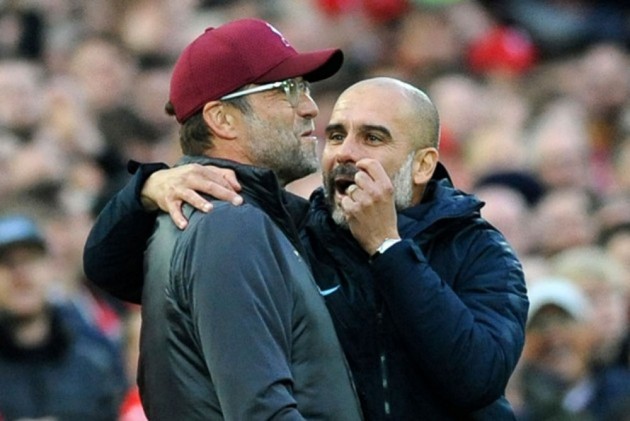 City swiftly announced their intention to appeal to the Court of Arbitration for Sport (CAS) after Friday's punishment, which relates to breaches of Financial Fair Play (FFP) regulations between 2012 and 2016.

Klopp's Liverpool were involved in a titanic title battle with City last season, missing out by 97 points to 98 in the final reckoning, but Saturday's 1-0 win at Norwich City extended their advantage this time around to a scarcely credible 25 points.

However, a burgeoning generational rivalry could be set to meet an abrupt end if the sanctions against City force a hasty rebuild at the Etihad Stadium.

Guardiola also competed against Klopp when the duo led Bayern Munich and Borussia Dortmund in the Bundesliga and the Reds boss expressed admiration for the Catalan tactician after full-time at Carrow Road.

"It was a shock when it came out. Completely, 'Wow, what's that'?" he told Sky Sports.

"I'm a football guy, I can only speak about football and what Pep has done since he was in England is exceptional.

"All the rest I have no idea. At the moment I can imagine it is really difficult for the sports people to understand.

"You believe the people you work for and then someone else sees it completely differently.

"I really feel for Pep and the players. It's the first verdict, they will appeal and we will see what happens then.

"It’s obviously serious because UEFA would not react like that [otherwise]. The football City played was exceptional and is exceptional."

Klopp felt Liverpool were anything but exceptional before half-time against the Premier League's bottom side but Sadio Mane's introduction with half an hour to play proved decisive – the returning Senegal international scoring a fabulous winner 12 minutes from time.

"It was a difficult game for different reasons," Klopp said. "The wind, the organisation of the opponent and the way we played in the first half.

"The distance between the line was too big, we were a little bit too early with our long balls in behind.

"That's not exactly like how we wanted to do. The counter-press was not there because we did not press up.

"We had nice situations, good set pieces but not much more.

"We improved, Trent [Alexander-Arnold]'s positioning was higher. We were much more compact and could win the ball in the counter-pressing situations.

"Then we brought on Fabinho and Sadio – one was important for the organisation, gave Hendo [Jordan Henderson] the freedom to be more involved offensively, and Sadio was fresh and made the difference."