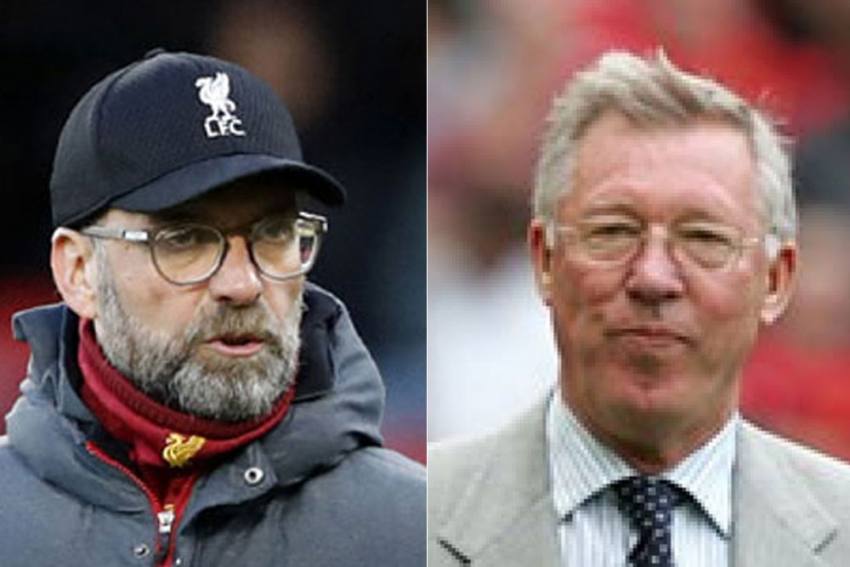 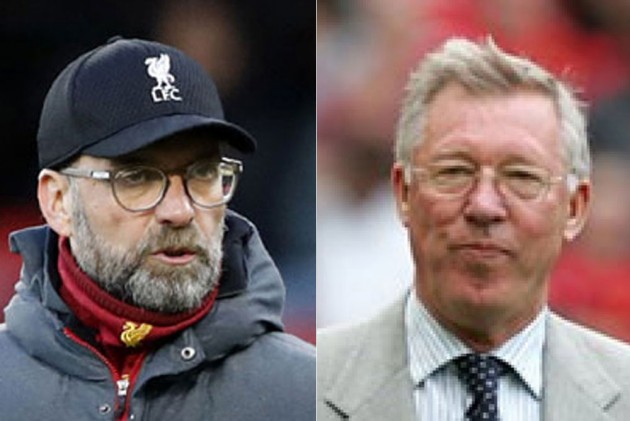 Jurgen Klopp insists he did not phone Alex Ferguson in the middle of the night to furnish him with details of Liverpool's Premier League title triumph. (More Football News)

The Reds will step out to start a new campaign as champions for the first time in 30 years when they entertain Leeds United at a behind-closed-doors Anfield on Saturday.

Klopp masterminded a glorious conclusion to the Reds' long wait for a 19th English title, as they deposed Manchester City with seven games remaining.

In the revelry afterwards, Ferguson and Klopp were in touch, with the former Manchester United boss saying, "I'll forgive you for waking me up at 3:30 am to tell me you have won the league" when the German was presented with his League Managers' Association (LMA) Manager of the Year Award.

Speaking ahead of the Leeds game, Klopp - at least in part - sought to set the record straight.

"I didn't call him, I have to clarify that. I sent him a message," the Reds' boss said, before explaining the volume of messages he had to get through and the prolonged nature of Liverpool's party meant he was not able to tap out his thanks to Ferguson until the small hours.

While respectful of the managerial great and delighted to have received his seal of approval, Klopp also acknowledges the status of their respective clubs means prolonged phone conversations regarding moments of Anfield glory are unlikely to ever be too high up Ferguson's agenda, even in retirement.

"I don't think he wants to talk to me too much about the success of Liverpool," Klopp chuckled.

"He respects it, but it's not that it's his favourite thing to watch on television."

"Unfortunately, the players only came back from international duty yesterday but we used that session 100 per cent. We tried to make clear for the boys which special aspects we have to consider for this game," he explained.

"Usually the boys respond quite well to this kind of information. We are as ready as possible."

Despite anticipation Leeds are ready to upset some of the Premier League's big hitters, Klopp warned Bielsa that - even without the backing of their fans - Liverpool present the type of formidable prospect they have not faced before.

"I respect a lot what they do, but now is another important point: I know Marcelo Bielsa said Anfield is not Anfield without supporters and he is right, in one way," he said. "But it is still Anfield, by the way. It's our home and we are Liverpool.

"It should not sound like a threat but they did not play us very often before and it should feel different for them. I'm sure Bielsa sees it like this as well.

"It's not decided before the game - good, that's football, that's how it always is. If we are willing to work hard we can make it more uncomfortable than any team last year could do against them.

"If we are not, we will suffer and that's a thing we have to know."

Klopp added: "It's the first game of the season and it sounds like it will be a big advantage for Leeds because they waited so long for the Premier League and everything is exciting. We are champions, will we lean back a little bit?

"We were not like this and as long as I'm here we will not be like this. That's what we have to make sure of in this game. It must be the most intense game Leeds ever have, otherwise we will have more problems than I want to have."