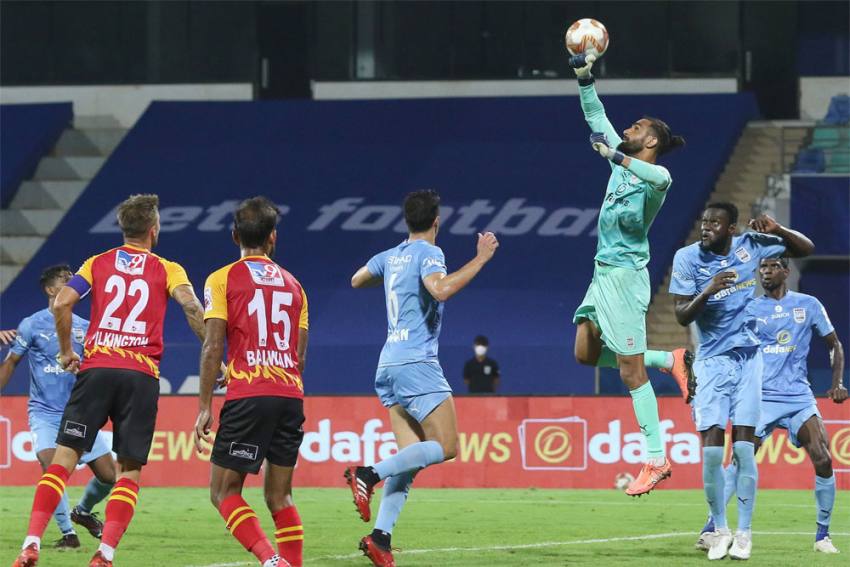 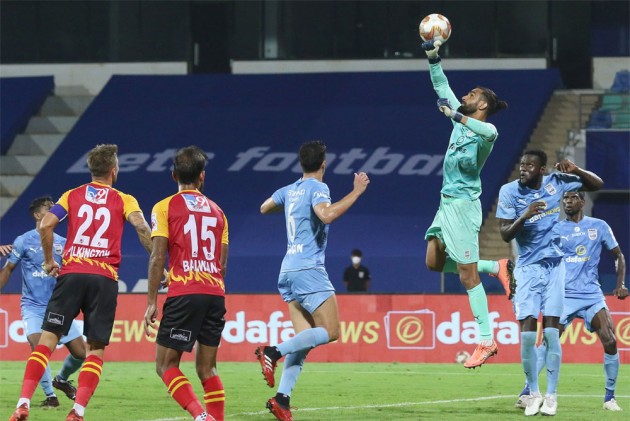 Stephen Eze salvaged a point for Jamshedpur FC with an 85th-minute strike to help his side hold Hyderabad FC to a 1-1 draw in their Indian Super League Season 7 match at Tilak Maidan, Goa on Wednesday. (More Football News)

Aridane Santana scored his second goal of the campaign to give Hyderabad a 55th-minute lead. The Nizams remain unbeaten in the competition while JFC are yet to taste victory.

Mohammed Yasir and Hitesh Sharma were back for Hyderabad, with Liston Colaco also handed a first start. Laximikant Kattimani came in for Subrata Paul.
Owen Coyle made two changes to the side which was held by Odisha FC and preferred Amarjit Singh over Issac Vanmalsawma in midfield. With TP Rehenesh serving his one-match suspension, Pawan Kumar featured in the Jamshedpur goal.

It took less than five minutes for Hyderabad to launch their first attack. Quick passing from the Nizams allowed them to venture deep into Jamshedpur territory but Akash Mishra’s final delivery in to the box failed to find Liston Colaco.

Jamshedpur dominated play in the first quarter. Nerijus Valskis and Alexandre De Lima kept the home defence on their toes with constant raids.

For Hyderabad, young Liston showed maturity beyond his age, supporting the defence while not neglecting his attacking duties. He nearly got his name on the scoresheet when his 12th-minute free-kick beat the wall but failed to find the goal.

Hyderabad were unlucky to have been denied by the post just before the breather. After getting hold of his marker, Santana found Halicharan Narzary, who dribbled past Laldinliana Renthlei. Having done everything right, Narzary was frustrated as his narrow-angled shot came off the far post.

Hyderabad were ahead five minutes after the restart with Santana scoring off a rebound. Narzary danced his way past Renthlei and pulled the trigger. Goalkeeper Kumar only succeeded in diverting it into the path of Santana, who rolled the ball into the net.

With less than 20 minutes left, JFC thought they had scored, only for it to be disallowed by the referee. But their efforts finally paid off in the 85th minute when Eze fired home from inside the box. Chinglensana Singh’s clearance off a Nerijus Valskis cross fell to William Lalnunfela who laid the ball for Eze. The Nigerian made no mistake with his powerful shot.

Manchester United Vs PSG Live Streaming: When And Where To Watch UEFA Champions League Match