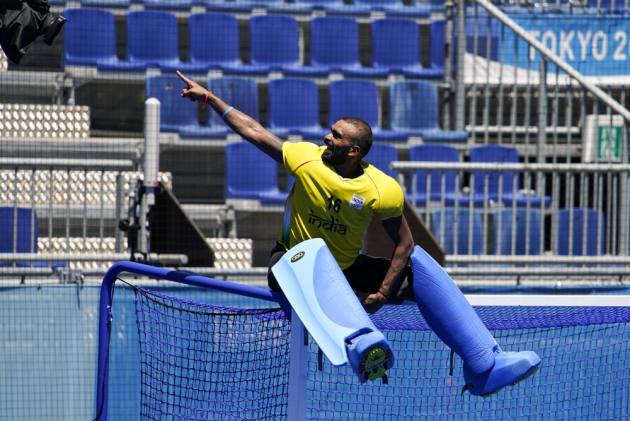 In his speech, Sreejesh thanked the man who paved the path for hockey players like him and finally revealed the surprise cash prize of Rs 10 lakh that Shamsheer had in store for the veteran.

Manuel, who came all the way from Bengaluru to honour Sreejesh, was pleasantly surprised with Shamsheer’s token of gratitude.

It was in 1972 that Kerala got its first Olympic medal in the form of a bronze from the Kannur resident Manuel, who was the Indian team’s then goalkeeper.

After 49 years, another Olympic medal for Kerala also came through hockey from Sreejesh who earned the moniker of 'the Great Wall of India'.

Praising Shamsheer’s generosity, Sreejesh said, "Decisions like these are guided by a selfless interest in sports. The decision to invite Manuel Frederick to this forum and honour him is an invaluable one. As for us, we will offer our complete cooperation in promoting sports."

Frederik said it is heartening to see that people like Shamsheer are coming forward today to recognize and encourage sportspersons.

"Gestures like these will surely encourage Kerala’s next generation of sports stars," he added.