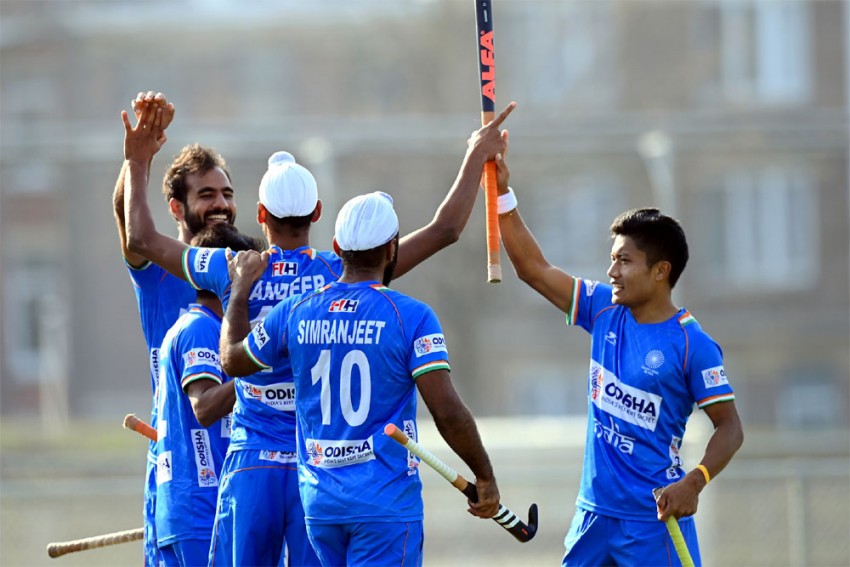 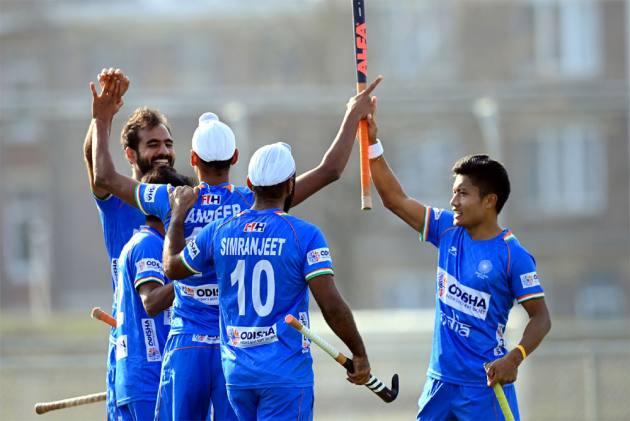 Striker Mandeep Singh struck a brace as the Indian men's hockey team eked out a close 3-2 win over Great Britain to end their Europe tour on an unbeaten note in Antwerp, Belgium on Monday. (More Hockey News)

Harmanpreet Singh's strike in the very first minute and two goals by Mandeep in the 28th and 59th minutes helped India remain undefeated on the tour.

In their previous match, India's Simranjeet Singh had scored a late goal to hold Great Britain to a 1-1 draw and against Germany, the PR Sreejesh-led side had secured a 6-1 win and a 1-1 draw respectively.

On Monday, India started off aggressively and earned themselves a penalty corner in the very first minute of the game. The opportunity was duly converted by India's vice captain Harmanpreet to give his side an early lead.

The early advantage helped India maintain pressure on their opponents, ending the first quarter with a 1-0 lead.

The much-needed equaliser helped his team gain the right momentum. Putting India under pressure, Great Britain earned themselves a penalty corner, but their attempt was derailed by a brilliant save by India skipper Sreejesh.

India's moment to regain the lead came in the 28th minute when forward Mandeep successfully converted a penalty corner on the rebound.

Ahead by a goal, India rallied to extend the lead further with aggressive play in the third quarter.

Though India secured a penalty corner in the early minute of the third quarter and even made as many as five circle entries, they were denied each time by Great Britain defence.

India's defence, however, remained resolute as they held on to the 2-1 lead.

India dominated the proceedings at the start of the fourth quarter, but a quick turnaround saw Great Britain grabbing the opportunity as Alan Forsyth scored an equaliser in the 55th minute.

The last few minutes was a battle of nerves as both the teams lived up to the billing, but it was Mandeep who rose to the occasion as his late strike helped India cap off their first assignment of 2021 with a 3-2 win.

PSG Will Fight To The Death To Win Champions League: Mauricio Pochettino