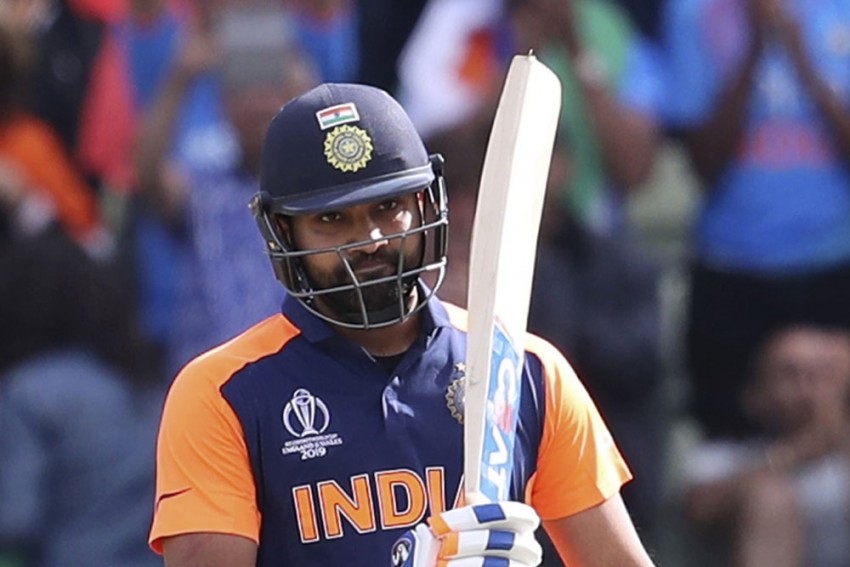 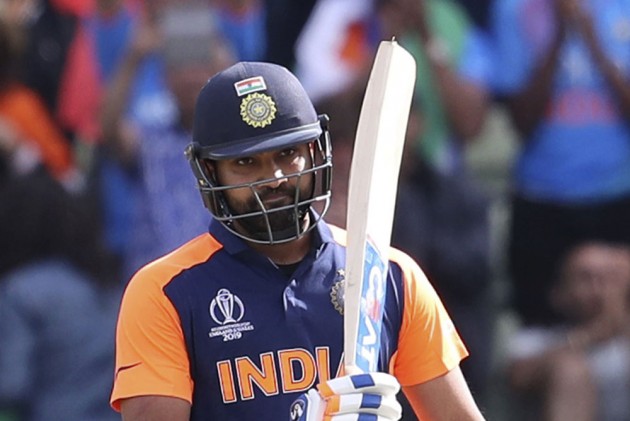 Rohit Sharma scored a gritty hundred to keep India's chase of England's 337 at Edgbaston, Birmingham on Sunday, thus becoming the first batsman to score three tons in this tournament.

He reached 100 in 105 balls with a double off the fourth ball of 35th over, bowled by Liam Plunkett. But the India vice-captain perished soon after his 25th ODI ton, caught behind off Chris Woakes off the first ball of the 37th over.

The right-handed batsman has now 440 runs in six innings.

Interesting; no big celebration from #hitman @ImRo45 ; he knows he has a lot more to do...? #topknocksofar

Rohit is the second Indian, after former captain Sourav Ganguly in 2003, to hit three tons in a single edition of World Cup.  Aussies Mark Waugh (1996) and Matthew Hayden (2007) are other batsmen to hit three tons, while the record for most hundreds in a World Cup belongs to Sri Lankan great Kumar Sangakkara (four) in 2015.