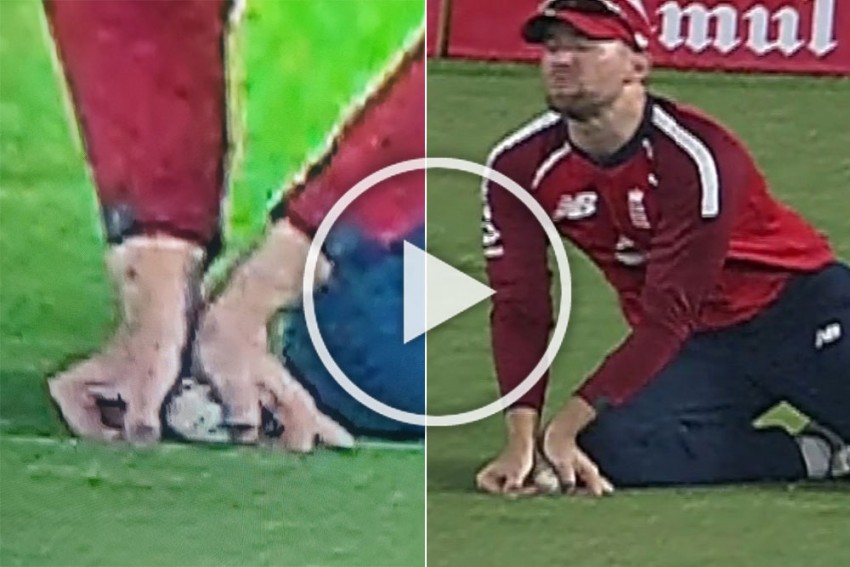 Out or not out! A part of the ball seemed to have touched the ground
Composite: Twitter Screengrabs
Outlook Web Bureau 2021-03-18T21:52:47+05:30 IND Vs ENG, 4th T20I: 'Soft Signal' Ends Suryakumar Yadav's Brilliant Knock In Controversial Manner - WATCH 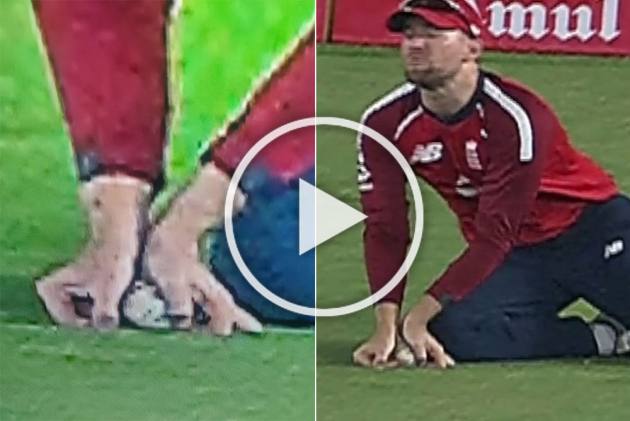 Suryakumar Yadav smashed a blistering maiden fifty and powered India to 185 for 8 in their fourth T20 International match against England at Narendra Modi Stadium, Ahmedabad on Thursday. But his dismissal sparked controversy with many, including former India batsman Wasim Jaffer, blaming match officials for the 'soft signal'.

Suryakumar, who replaced an injured Ishan Kishan, struck six fours and three sixes in his 31-ball 57 to top score for India after being asked to bat. He debuted in the second T20I but did not bat in that match. He did not play in the third game.

Suryakumar was unlucky to have been given out in the 14th over after repeated replays of Dawid Malan's catch off Sam Curran by the TV umpire. A part of the ball seemed to have touched the ground but the TV umpire did not overturn the on-field umpire's decision due to lack of conclusive proof.

Suryakumar hit Archer for a six in the first ball he faced in international cricket, picked up the gaps and found the boundaries to keep the scoreboard moving, though the England bowlers were by no means wayward.

India did not have a big partnership but quickfire knocks from Shreyas Iyer (37 off 18 balls) and Rishabh Pant (30 off 23) took the hosts to their highest total of the series.

England again opened the attack with leg-spinner Adil Rashid but Rohit Sharma (12) clobbered him for a six in the first ball of the match and then followed it up with a four.