IND Vs ENG, 2nd T20I: How A 'Special Chat' With AB De Villiers Helped Virat Kohli Get Back To His Best

Virat Kohli, who did not have the best of times in the preceding Test series and the first T20, made an unbeaten 73 off 49 balls to help India beat England 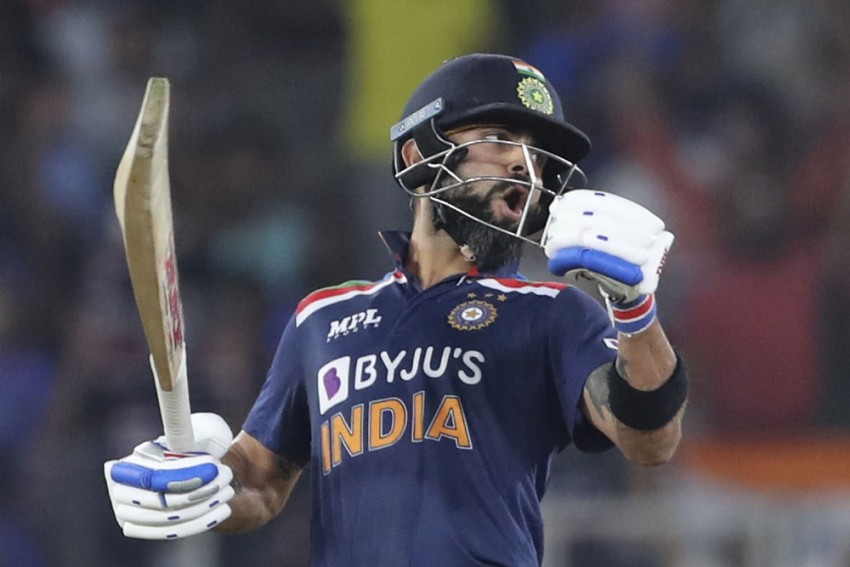 India's captain Virat Kohli reacts during during their second T20I match against England at Narendra Modi Stadium in Ahmedabad
AP Photo
PTI 2021-03-15T08:53:16+05:30 IND Vs ENG, 2nd T20I: How A 'Special Chat' With AB De Villiers Helped Virat Kohli Get Back To His Best 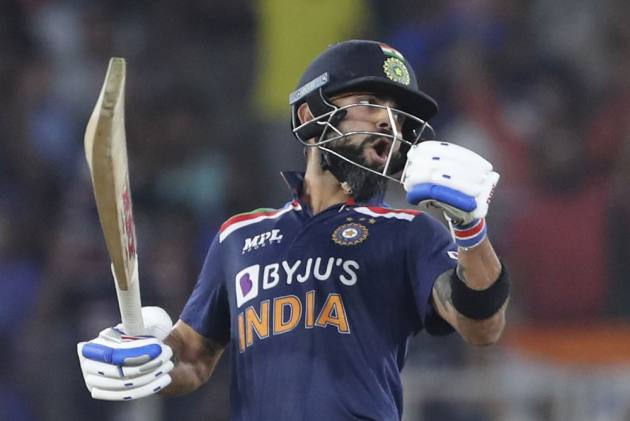 Shifting his focus to the basics and a "special chat" with his Royal Challengers Bangalore teammate AB de Villiers helped India skipper Virat Kohli to comeback to his best in the second T20 International against England in Ahmedabad on Sunday.

Kohli, who did not have the best of times in the preceding Test series by his standards and got out cheaply in the first T20, made an unbeaten 73 off 49 balls to power India to a seven-wicket win.

"I had to shift the focus back to the basics. Probably thinking of too many variables on the outside. I've always taken pride in doing the job for the team, so more happy about that than scoring 70 odd.

"Kept my eye on the ball. The management spoke to me about things. Anushka is here so she also keeps speaking to me about thinks. And I had a special chat with AB de Villiers before this game and he told me just to watch the ball. So I did," Kohli said at the post-match presentation.

He shared a 94-run stand for the second wicket with debutant Ishan Kishan, who made a sensational 56 off 32 balls.

"Special mention to Ishan. I tried to do what I can but he just took the game away from the opposition. Quality innings on debut. When you play in the IPL with such dominance like he has, against quality bowlers.

"We've seen him hit international fast bowlers for big sixes. He knew he was hitting the ball well but he was calculated, not reckless. Today that counter-attacking innings of his and our partnership was something the team needed," said Kohli praising the young southpaw.

The India captain also lauded his bowlers for limiting England to 164 for six.

"I think we ticked all the boxes we wanted to. Especially in the first innings with the ball. To give away only 34 in the last five, it was very smart bowling. Especially Washy (Washington Sundar), he had only one left-hander to bowl to and he used the big boundary to the right-handers better."

Kohli is pleased that his star all-rounder Hardik Pandya is back to bowling regularly, having gained full fitness after undergoing a back surgery.

"Credit to Hardik that he's bowling at least 3 overs for us in every game. And the next six to eight months period he has promised he is going to commit everything to being the all-rounder the team needs in all three formats.

"He plays for the team in all times and these kind of players are priceless."

"I think at the halfway stage we were in and around par. We were in the game but I thought we would have to bowl well to get over the line. I thought India bowled well.

"This was a different pitch to the one for the first game, less pace on it. And then they came out and put us on the backfoot almost from the start, and we didn't have a counter to that, which was disappointing," he said.

"We want to learn as much as possible from tonight, I'm glad we played on this kind of wicket tonight, but disappointed with the way we played. Statistically there is always an advantage in chasing if there is dew around especially. Tonight there was no dew, so full credit to India," said Morgan.

Player of the Match Kishan credited his Mumbai Indians teammates like Rohit Sharma and Hardik Pandya for making him feel comfortable on his India debut.

"It's not easy when you come here and play your first game. Mumbai Indians have taught me a lot. I've been there with so many senior players and they have given me very good advice. I love to play the reverse sweep but it didn't go my way (how he got out).

"I was upset because I wanted to finish the game. I think when Tom Curran bowled his first ball and I smacked him for six, that was the moment I felt I can keep doing this.

"I don't know if I'll get this feeling again but I was feeling like 'Finally I'm here.' This innings is for my coach's dad, who passed away a few days ago," said Kishan.