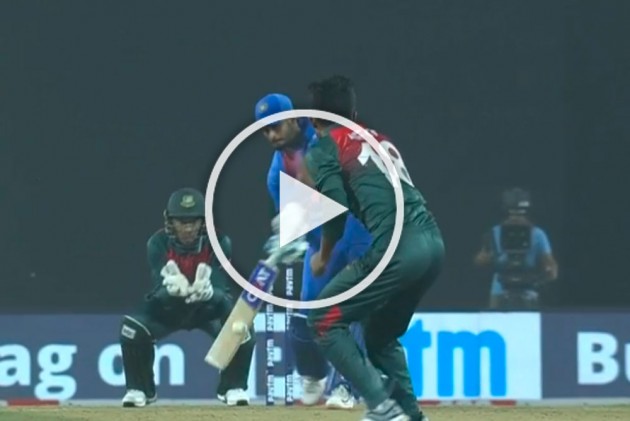 India thrashed Bangladesh by 30 runs in the third and final Twenty20 International match to win the series 2-1 at Nagpur on Sunday.

India's win was set-up by Shreyas Iyer, KL Rahul and Deepak Chahar. And one of the highlights of the match was Iyer's five sixes, including three on the trot against off-spinner Afif Hossain.

In the 15th over, Iyer hit the 20-year-old spinner for sixes off the first, second and third balls. Watch all the sixes here:

After Bangladesh won the toss and put in to bat, the hosts lost both the openers - Rohit Sharma and Shikhar Dhawan inside the sixth over.

India took the three-match series 2-1. Bangladesh won the opener at Delhi, but India hit back to level the series at Rajkot.