Stuart Broad and Moeen Ali are set to feature for England in Chennai, while India could also make changes for the second Test. 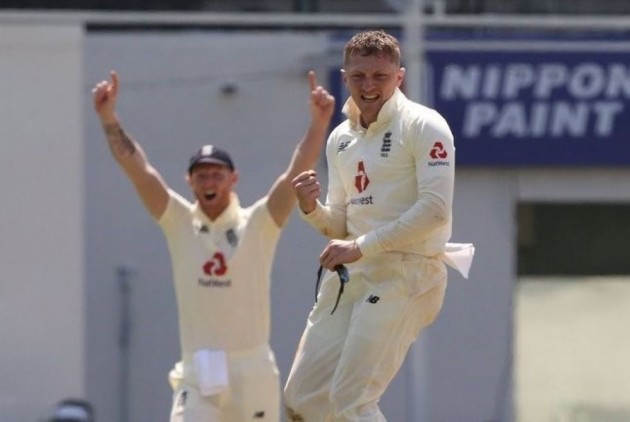 Joe Root urged Dom Bess to find consistency after he was left out of the England squad for the second Test against India.  2nd Test Preview | Streaming | News

The tourists have opted for a new-look bowling attack in the second meeting at the M.A. Chidambaram Stadium in Chennai, despite winning the opening match of the series by 227 runs at the same venue.

Bess drops out of the reckoning, with James Anderson and the injured Jofra Archer also missing out, paving the way for Stuart Broad to come back in and Moeen Ali to return.

Having taken five wickets in the four-match series opener and scored 59 runs with the bat, Bess was offered some words of advice by captain Root.

"It wasn't an easy decision; Dom's contributed fantastically well in these three games and has made a real impact," Root said.

"With him missing out, the message for him is to keep working at that consistency of his game, delivering that skill time and time again. We talk about building pressure over long periods of time and I think, as well as he has done, that is one area that he can improve on.

"But he is very young, very much at the start of things and this doesn't mean that he is going to be pushed back down the pecking order.

"It gives him an opportunity to step out of Test cricket, the harshest of environments, especially in these conditions against a team that plays spin so well, to take stock and work at his game.

"It gives Moeen a chance to come back into things, with all his experience. He's someone who is bowling very well in practice.

"It was a very difficult decision to make, I'm sure Bessy will be frustrated about it but that's good as well. You want that competition for places, you want guys to be playing all the time and be amongst it all

"That's certainly how he goes about his cricket. He's a wholehearted player and I expect a response from him."

Root is certainly well placed to talk about consistency, having once again underlined his brilliance last time out when he clocked up a first-innings double century in his 100th Test appearance to continue riding the wave of his fine showing against Sri Lanka.

The 30-year-old has piled on 684 runs in his previous three matches, which equates to 39 per cent of his side's total runs in Test cricket in 2021.

Fans hoping to see the Yorkshireman showcasing his skills in the Indian Premier League will once again be disappointed this year, but Root does want to get involved in the future.

No better way to mark your 100th Test. Couldn’t be more proud of the team! On to the next one pic.twitter.com/oCufss4ZLy

"It was a very difficult decision," he said regarding his decision not to register.

"At some point in my career I'm desperate to try and be part of an IPL season and hopefully a few more beyond that as well.

"It's something I'd love to experience and love to be a part of, but with the amount of cricket – and Test cricket in particular – this year, I didn’t feel like it was the right time.

"I didn’t feel like I could throw all my energy into it, which I think it deserves. And I don’t think it would set English cricket up best with what's to come.

"It's a very difficult decision and hopefully next year there's an opportunity to be a part of the IPL."

The atmosphere at games is one of the IPL's most appealing qualities and the famously vociferous India fans will have a chance to make themselves heard in the second Test, with 15,000 allowed in.

Asked if he thinks it will change the dynamic of the contest, Root said: "Yes, I do. I think it will improve it massively

"I think having an atmosphere within a stadium is a massive part of international cricket.

"What makes it special, in many ways, is that interaction between the fans and the players. It makes those big moments, that noise and the build-up… it adds to it all

"Obviously, we know how passionate India is about cricket. It's a big part of life in many ways here and we're all excited about that.

"We want to be playing on the biggest stage in front of people. We're looking forward to that atmosphere and it's going to add to what has already started off as a brilliant series for us."