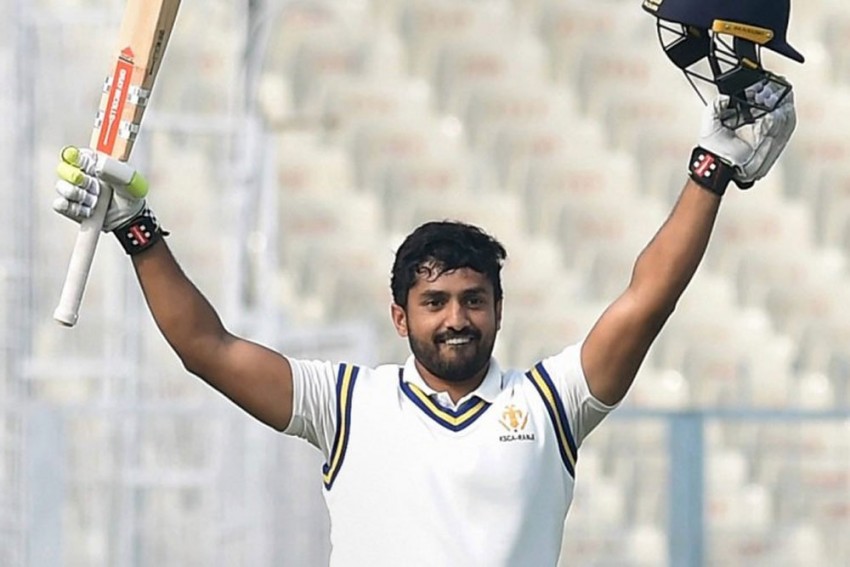 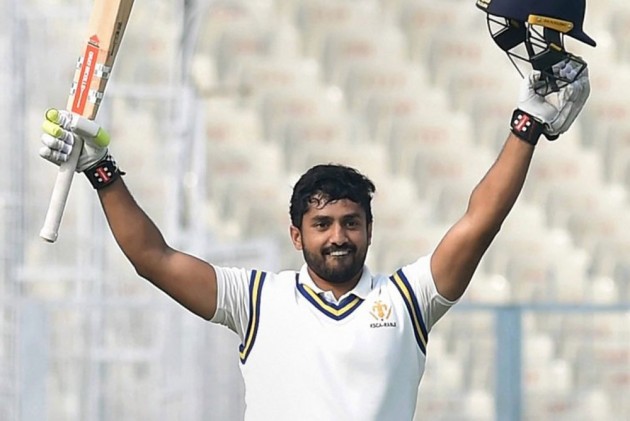 Karun Nair hit an unbeaten 166 for India Red before their Duleep Trophy match against India Blue ended in a draw at Bengaluru on Monday. (More Cricket News)

Red gained three points for taking the first-innings lead and took a big step towards securing a spot in the final while 'Blue' got one point to finish their engagements with two points.

In the last league encounter, India Red will take on India Green at the Alur cricket stadium from August 29.

India Red made 285 in the first innings before restricting their opponent to 255. They scored 297 for six declared in the second innings.

India discard Nair, who missed out on a century in the first innings by a run, looked in good touch and played several handsome strokes on the way to his unbeaten innings.

Nair and first-innings centurion Ankit Kalsi (64) added 157 runs for the third wicket as India Red declared with an overall lead of 327 runs, following which play was called off.

Nair, resuming on his overnight score of 43, kept the scorecard ticking with some pleasing shots, while Kalsi was content to play second fiddle.

He reached his century with a lofted shot off left-arm spinner Saurabh Kumar's bowling.

The Karnataka right-hander looked positive after getting to his ton and hit some cracking shots, beginning his 2019-'20 domestic season in style.

Nair was named Man of the Match.

Misbah-ul-Haq Steps Down From PCB Cricket Committee, All Set To Become Next Head Coach Of Pakistan