Cristiano Ronaldo was named the best forward in 2020-21, but it was Romelu Lukaku who claimed the top prize in Serie A

Ronaldo finished the campaign as the leading scorer in the competition, netting 29 times across 33 appearances for Juventus to be named the most valuable forward.

Lukaku ranked second in the scorer's list with 24 goals from 36 outings, though the Belgium striker did provide 11 assists compared to Ronaldo's tally of three as he was named "the best overall" MVP.

Both forwards only netted one goal from outside the area and scored six penalties apiece, while Lukaku had a better shot conversion rate than Ronaldo – 25 per cent compared to 17.26 - as he helped Inter finish as champions. 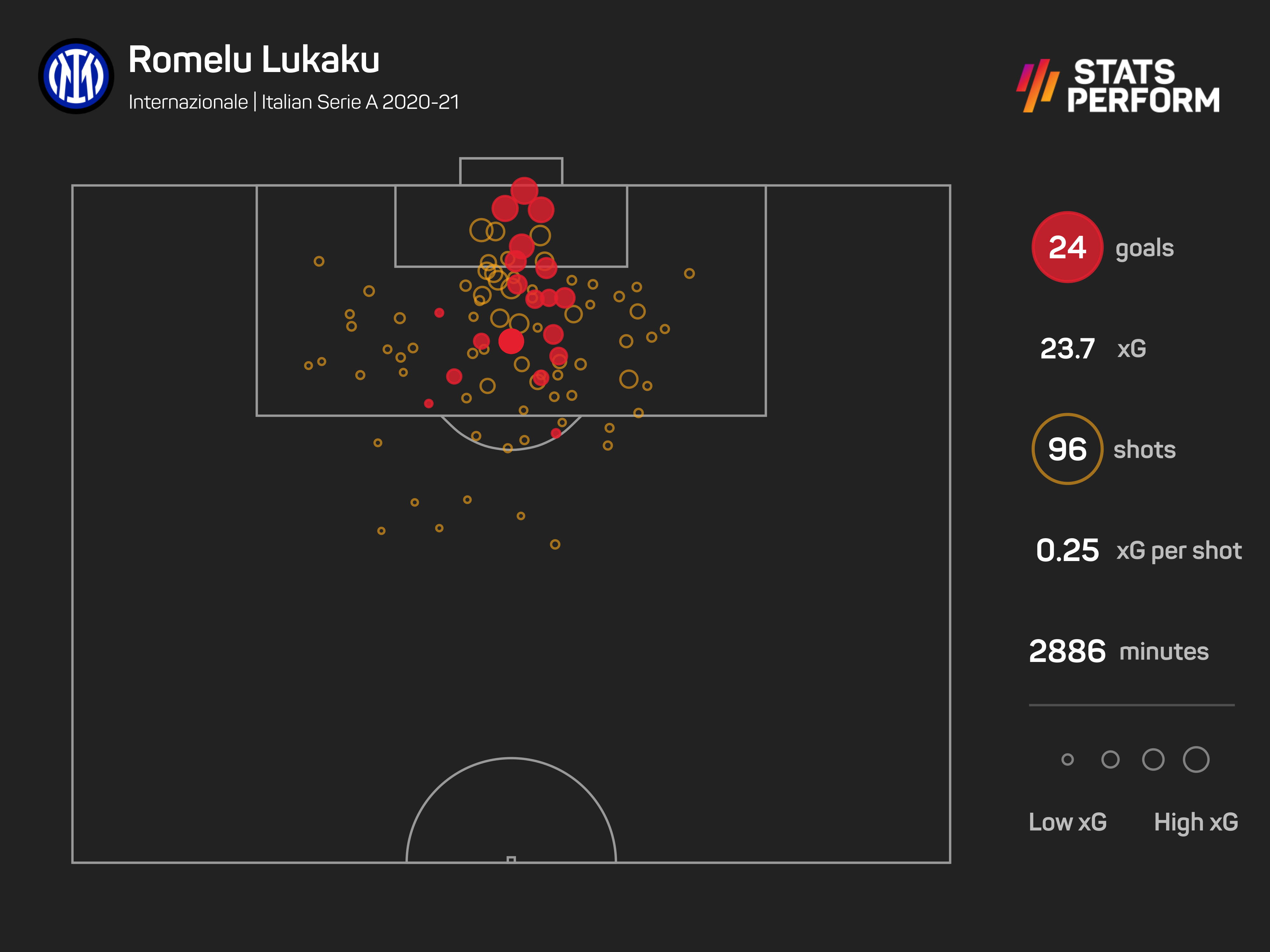 Meanwhile, Gianluigi Donnarumma – whose future remains unclear as his contract at Milan nears an end – was selected as the top goalkeeper.

No other keeper played more games than the 22-year-old (37), while his tally of 14 clean sheets was level with Inter's Samir Handanovic for most in the league.

Cristian Romero was named as the best defender after a fine season with Atalanta, while Inter's Italy international Nicolo Barella scooped the midfield MVP honour.

Barella played 36 times for Antonio Conte's champions, scoring three goals and setting a further up seven. On average, he created 1.46 chances per 90 minutes.

There was also recognition for Dusan Vlahovic, named the best player under the age of 23 in Serie A after netting 21 league goals for Fiorentina.