Cristiano Ronaldo is just four years from turning 40, but the Juventus forward still has Serie A records in his sights

With a double over Inter in the Coppa Italia semi-final first leg, Cristiano Ronaldo took his tally to 22 goals in 23 appearances for Juventus this season. (More Football News)

The Portugal star is the leading goalscorer across all competitions from within Italy's top flight, two above Romelu Lukaku and four clear of Ciro Immobile, the winner of last season's European Golden Shoe.

Not bad for a man who turns 36 on Friday.

Of course, Ronaldo is far from your average goalscorer and few would discount him from continuing to break records even as he approaches his 40th birthday.

He has already made history in his two and a half years in Serie A and will be gunning for more before he leaves Turin. 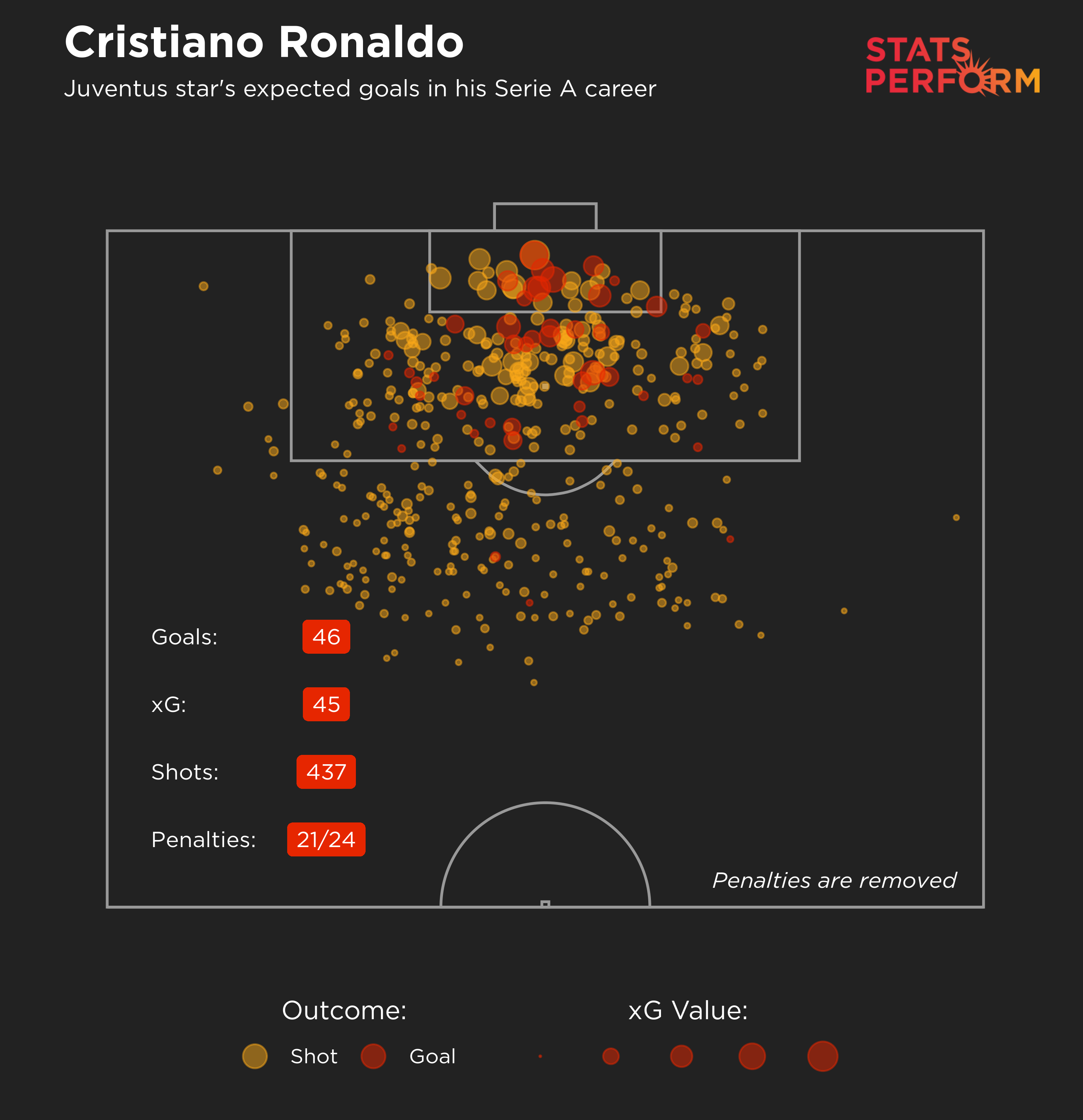 Since his €112million move from Real Madrid in 2018, Ronaldo has scored 67 goals in 80 Serie A games, more than any other player in that time (Immobile is next on 64).

His rate of 0.84 goals per game puts him joint-top among players in their 30s to play in Italy's top division since 1994-95, level with Milan star Zlatan Ibrahimovic, who has 49 in 58 appearances.

The previous best such figure was 29, achieved by Edin Dzeko for Roma in 2016-17 and Antonio Di Natale in 2009-10. And Ronaldo might just have another milestone set by the Udinese great in his sights. 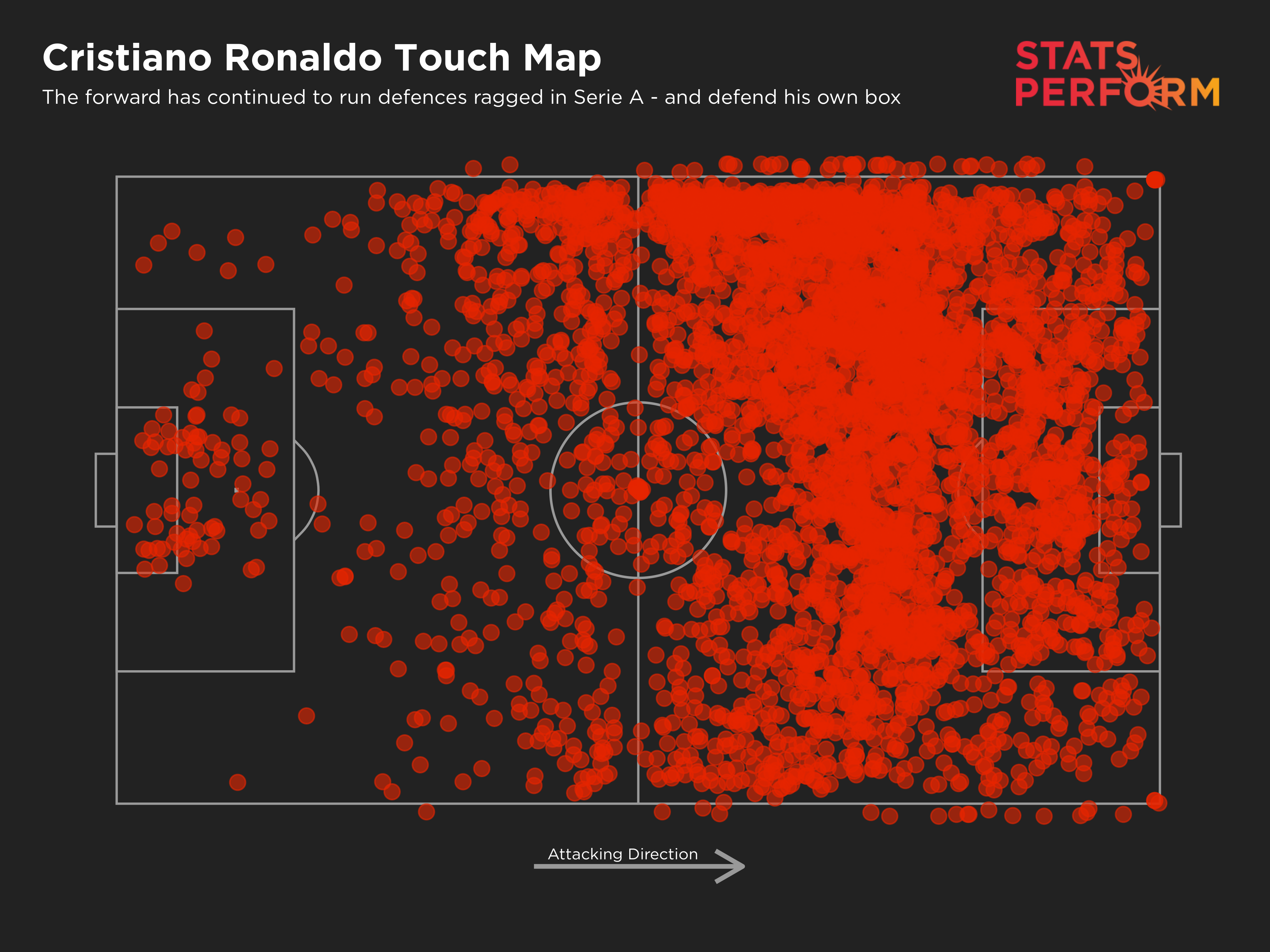 A RECORD FOR THE AGED

There are 14 players in Serie A history to score more goals in their 30s than Ronaldo, and only one of them – Dzeko, who has 78 – is still playing.

Should he stay at Juve, Ronaldo will fancy his chances of becoming only the fifth player to score at least 100 times in the division in his 30s.

Still, the top four are some distance ahead. Roma great Francesco Totti is on 125, revered former Milan striker Gunnar Nordahl scored 137, and top of the tree is Di Natale with a remarkable 162.

It sounds a tall order for even Ronaldo to catch the former Italy striker, who called time on his career in 2016 at the age of 38. However, if he continues scoring at an average of 32 goals per season, he would reach Di Natale's tally in the latter part of the 2023-24 season, when he would have just turned 39.

And would you really bet against him?