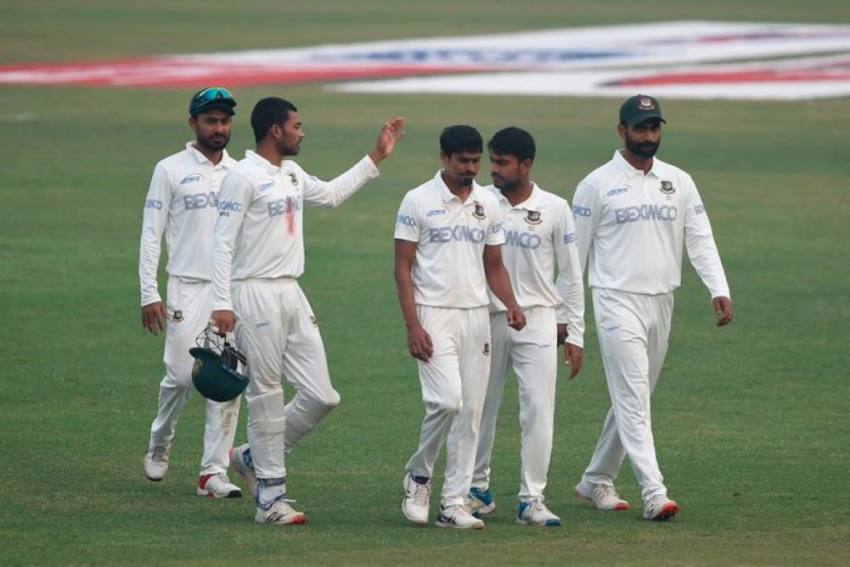 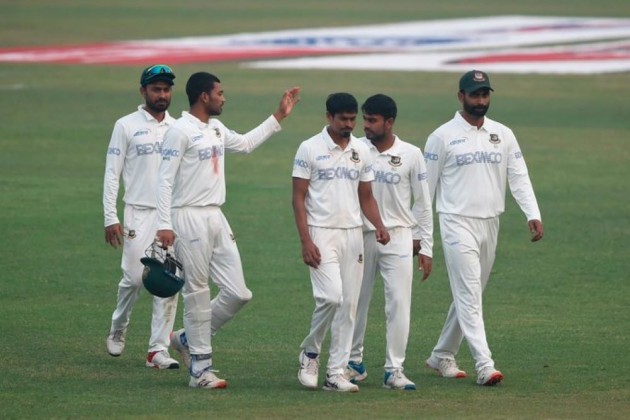 Mushfiqur Rahim (27) and Mohammad Mithun (6) are at the crease.

He and Bonner put on 88 runs for the sixth wicket before Joseph joined Da Silva in a 118-run stand for the seventh.

Joseph counterattacked right after coming to the crease and kept the scoreboard ticking rapidly.

Da Silva brought up his second test 50 with a reverse-swept boundary against Mehidy Hasan.

He batted sensibly and appeared set for his first ton but left-arm spinner Taijul Islam deceived him with a delivery to take his 100 test wickets at home.

Joseph hit eight fours and five sixes before he edged behind off Abu Jayed.

Gabriel struck twice in his first two overs. He dismissed Bangladesh opener Soumya Sarkar for 0, after he played a lazy shot to short midwicket, before Najmul Hossain (4) edged the ball to gully.

At 11-2, captain Mominul Haque and opener Tamim Iqbal started the repair job. Their 58-run partnership was ended when the skipper played a cut shot against offspinner Rahkeem Cornwall to be out for 21.