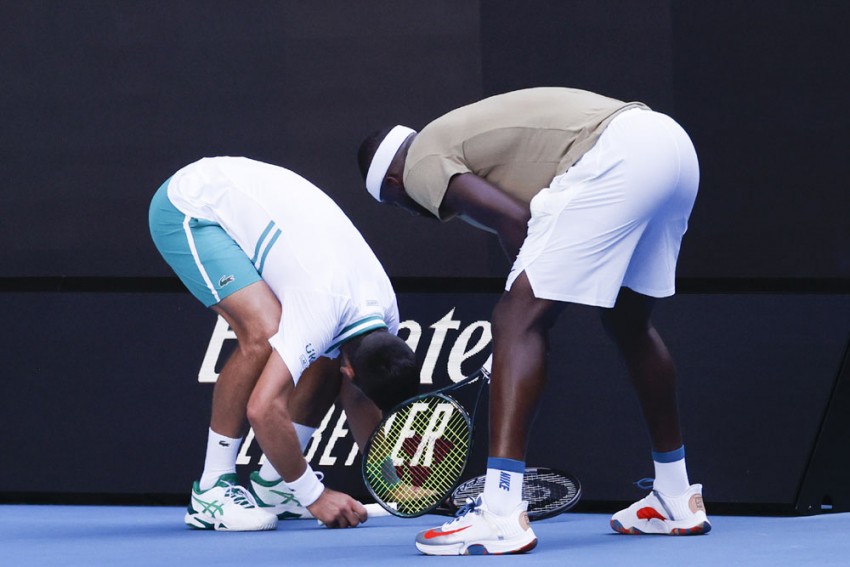 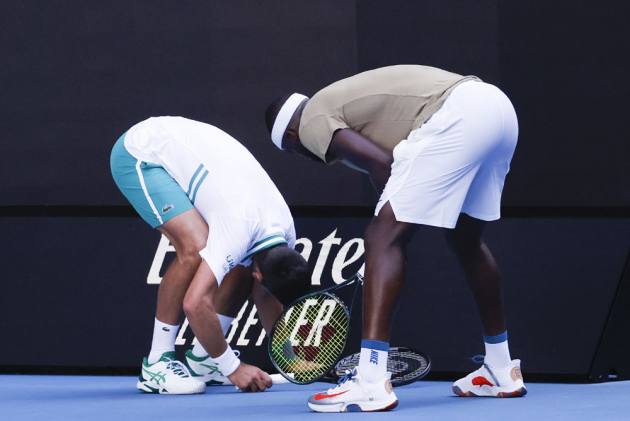 Tiafoe threatened an upset in warm and sunny conditions at Melbourne Park, where world number one Djokovic was pushed to the limit on Wednesday.

But Djokovic dug deep to prevail in a hard-fought battle, keeping his bid alive for a record-extending ninth Australian Open crown and an 18th grand slam title.

Djokovic had only ever lost in the second round of the Australian Open on one previous occasion - in 2017, when he was upstaged by wildcard Denis Istomin in his earliest Melbourne Park exit since the opening round in 2006.

But Djokovic controlled proceedings initially, despite a blip in the first set against Tiafoe, who enjoyed his best run in Melbourne after reaching the Australian Open quarter-finals two years ago.

A champion finds a way @DjokerNole survives Frances Tiafoe to advance to the third round of the #AusOpen for the 14th time.#AO2021 pic.twitter.com/aek7XOKiLk

After racing out to a 4-1 lead, Djokovic was broken to love in the seventh game as Tiafoe reeled off back-to-back games, only to break back immediately - letting out a thunderous roar before closing out the first set in just over half-an-hour.

Not overawed, Tiafoe refused to go away, rallying from love-40 down and saving three break points in a marathon third game lasting almost eight minutes.

It set the tone for a tense second set as Tiafoe - who saw his winner count rise from five in the opening set to 17 - won a tie-breaker.

Djokovic owned a 15-4 record when splitting the opening two sets at the Australian Open, and 68-16 across majors, and he managed to claim an early break that he consolidated for a 3-0 lead to start the third set.

Tiafoe saved two set points when down 5-4 and he continued to frustrate Djokovic en route to another tie-break, but the latter prevailed, albeit unconvincingly.

The fourth set followed a similar theme until Tiafoe came unstuck at 4-3, Djokovic performing when it mattered most as he secured his passage on the back of a double-fault.

The Serbian star was always going to be hard to beat behind a strong serving display. Djokovic fired down 26 aces and won 84 per cent of his first serves, having served sat 62 per cent through the contest.