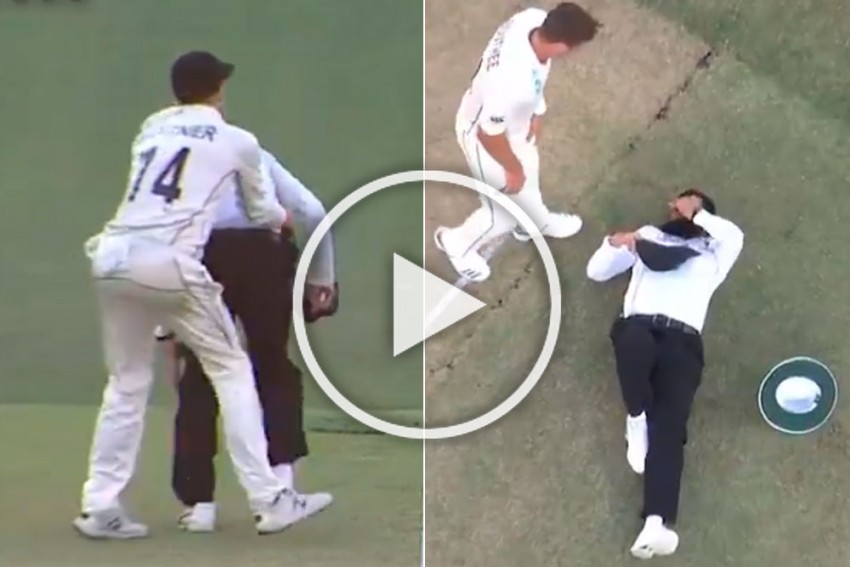 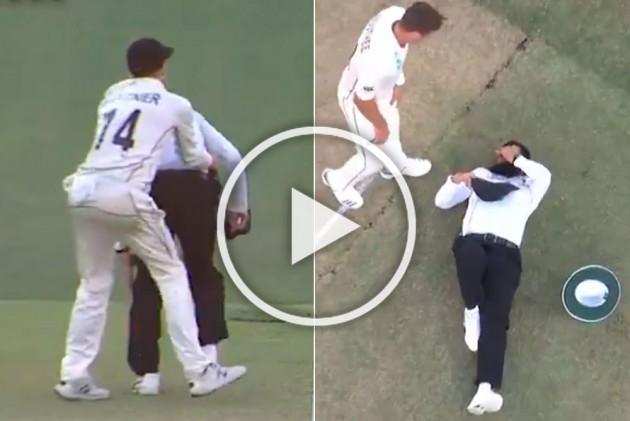 The first Test between Australia and New Zealand at Perth has seen players from both sides picking up injuries -- Lockie Ferguson on Day 1 and Josh Hazlewood on Day 2. Then, on Day 3, the International Cricket Council (ICC) got one of its 'players' -- Aleem Dar -- getting a nasty tackle, needing medical attention. (More Cricket News)

Dar was forced to the ground after copping a knock to the knee. Kiwi all-rounder Mitchell Santner ran in to cover a throw at the non-striker's end during Australia's second innings, but ended up making a heavy knee-on-knee contact with the umpire.

Initially, it looked as if Dar wouldn't be able to continue to conduct the match, but with some magic spray from the New Zealand physio, the umpire from Pakistan carried on.

"That always help. The crowd are loving it. They see the magic spray on this ground a lot for football," Fox Cricket commentator Adam Gilchrist joked.

In the match, Dar broked Steve Bucknor's record of most Test matches as an umpire in Test cricket. The 51-year-old is standing in 129th Test match as on-field umpire.

He is also two matches shy of breaking the record in ODI format, with Rudi Koertzen officiating in 209 matches. In T20Is, Dar has umpired in 46 fixtures.

According to ICC's press release, Dar said, "This is one milestone I had never thought of when I began my umpiring career. It is a truly amazing feeling and a high point of my life when I take the field here in Australia; thousands of miles from where I started my international career at home in Gujranwala."