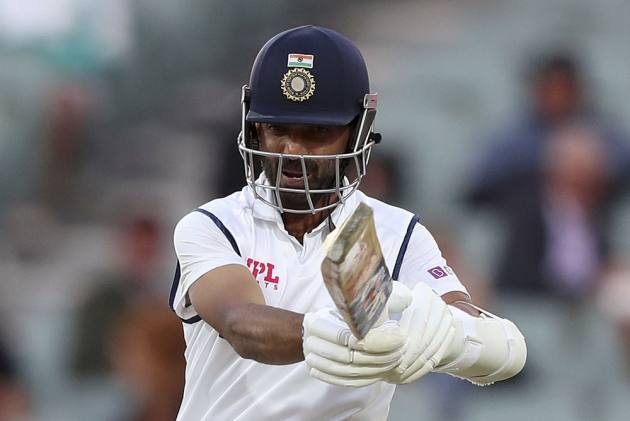 A few bruised egos will eye redemption when India square off against Australia in the second Test in Melbourne from Saturday, ready to bounce back in skipper Ajinkya Rahane's hour of reckoning after hitting the 'nadir of 36'.

Seldom has an Indian outfit been at such difficult crossroads in recent years as it is in the aftermath of the humiliating defeat in Adelaide and Virat Kohli's departure for the birth of his child.

But the good thing is that star-in-waiting, Shubman Gill, is ready to honour his team's leap of faith in him when he makes his Test debut at the imposing Melbourne Cricket Ground.

Likewise, young workhorse Mohammed Siraj will step in temporarily to fill the void created by crafty Mohammed Shami's injury and it will be about how Rahane, touted as a bowler's captain, handles him.

It's not about the defeat but the manner of capitulation which can come back to haunt a side that's not short on quality. The next few days will be a test of real character and it's only fair that a strategic shift was on the cards.

A couple of forced and an equal number of tactical changes was always on cards for the visitors as they take on Tim Paine's confident men, spending Christmas without their families.

Gill's languid approach and that extra second while facing fast bowlers, coupled with a way tighter technique than Prithvi Shaw, might just give the dressing room the confidence required in testing times.

He will have the company of Mayank Agarwal, who would be wanting to do an encore, if not better, of his performance at a venue where he made his Test debut.

Similarly, Rishabh Pant, whose intent always provides way more assurance than a passive Wriddhiman Saha, is expected to play his fearless brand of cricket which is the need of the hour.

Pant was an instant hit during the last tour in 2018-19 but in the past year, had lost both form and confidence to surrender his place in the white-ball formats.

Amid the ruins, there lies a glimmer of hope as Ravindra Jadeja, who has recovered fully from his concussion and hamstring injury, will add a new dimension with his all-round abilities in a five-bowler set-up.

It is expected that Hanuma Vihari will be shunted up the batting order and the experienced KL Rahul might just have to patiently wait for his turn in the series.

The Australians aren't known to take any prisoners and an unchanged XI that is expected to play at the MCG will not take its foot off the pedal, skipper Tim Paine insisted.

"Well, we can't pay any attention to mental scars or whatever the thing they're talking about," Pain said on the eve of the match.

"We know India is a proud cricket country, an extremely talented Test match side with lots of dangerous players," he added.

While Kohli's absence can never be really compensated for, Rahane would like to show his character by promoting himself up the batting order and taking more responsibility.

Cheteshwar Pujara can play his natural doggedly defensive game but head coach Ravi Shastri might just tell him that there's no harm if the scoreboard is ticking as it will only lessen the pressure on a batting line-up that will miss Kohli way too much.

In the absence of Shami, Jasprit Bumrah and Umesh Yadav will have to be relentless and also guide a young Siraj, who is expected to feel a bit jittery.

Finally, the Indians would like to take that big front-foot stride forward while facing Pat Cumins and Josh Hazlewood not only physically but also figuratively.

Match Starts at 5 am IST.