Athletic Bilbao, a club for whom loyalty is king, will seek to reward their faithful stars with a historic Copa del Rey double 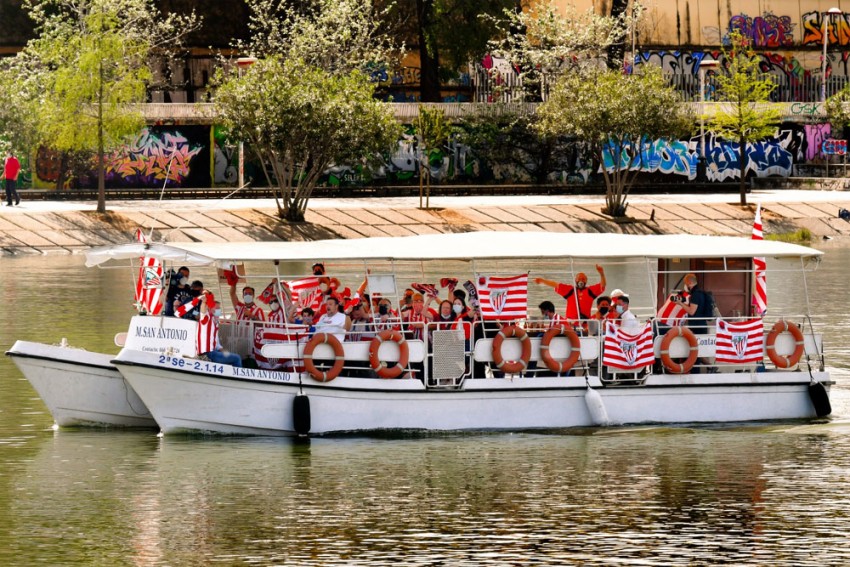 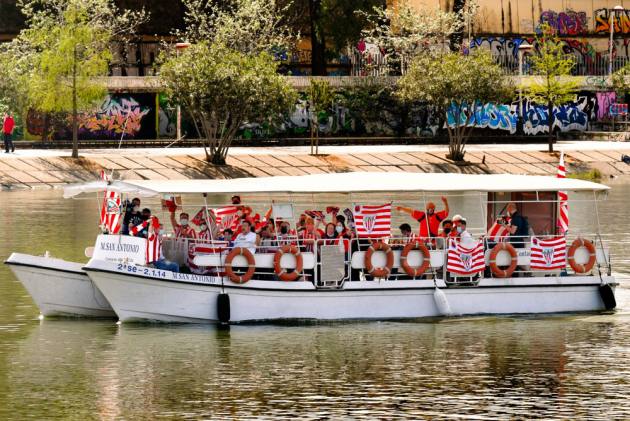 Athletic Bilbao have long been a club unlike almost any other. It's fitting, then, that they are preparing for a cup final double-header never seen before. (More Football News)

The impact of coronavirus on the Spanish football schedule means Athletic will play in two Copa del Rey finals in two weeks. First, they will meet Basque rivals Real Sociedad in the delayed 2020 final on April 3; win that, and they'll be defending the trophy against Barcelona a fortnight later.

READ: Copa Del Rey Final - Preview, And How To Watch

It could be a historic month for one of Spain's most prestigious clubs. One of three never to be relegated from the top flight – along with Barca and Real Madrid – Athletic have won eight league titles, 24 Copas del Rey and three Supercopas de Espana. That collection includes the 1902 Copa de la Coronacion, considered the first edition of Spain's premier domestic knockout competition.

Yet Athletic have spent much of the past three decades playing catch-up to their own illustrious past. Since the double-winning side of 1983-84, they have lifted just two trophies, both Supercopas, in 2015 and in January this year. The latter could not even be celebrated via a traditional trip down the Nervion on the Gabarra – where others say it with open-top busses, Athletic do so with a huge river-faring barge – as another occasion for fans was stolen by the pandemic.

The 2020 Copa final was pushed back this far to allow for the possibility of supporters attending in Seville, but that too won't be happening. Athletic must instead rely on an unseen but no less ardent backing from their absent fans, their loyalty undimmed by the distance from TV screens to La Cartuja.

Loyalty is one commodity Athletic have never lacked.

'IT'S A WARRIOR CLUB'

Athletic's first-team policy is renowned throughout the football world. For more than 100 years, they have only used players born in the region in the first team, the vast majority of them unearthed as unpolished gems in the cantera.

Iker Muniain, who will lead out the team as captain in the two finals, is one such example. He has been a fixture in the side since the age of 16, when he became their youngest debutant for 94 years in a Europa League qualifier in 2009 and, for much of those early years, he was viewed as one of the brightest prospects they had ever produced. He was still a teenager when he scored what proved to be the winning goal against Manchester United at Old Trafford in a Europa League match in 2012, when Athletic, coached by Marcelo Bielsa, so comprehensively outplayed the Red Devils that Alex Ferguson still remembers it as one of the toughest home European matches he ever faced.

Given his prodigious talent, some see Muniain's career as unfulfilled: no big move to a European giant, only a handful of Champions League appearances, and just two senior Spain caps seven years apart. A tally of 63 goals and 42 assists in all competitions means he only just makes the top 40 for goal involvements among LaLiga players since his debut, the same as Barca left-back Jordi Alba. But for Athletic, who award an annual prize to one-club men, 447 games by the age of 28 is something to celebrate. And if Muniain lifts the trophy after beating La Real, his story will become legend. 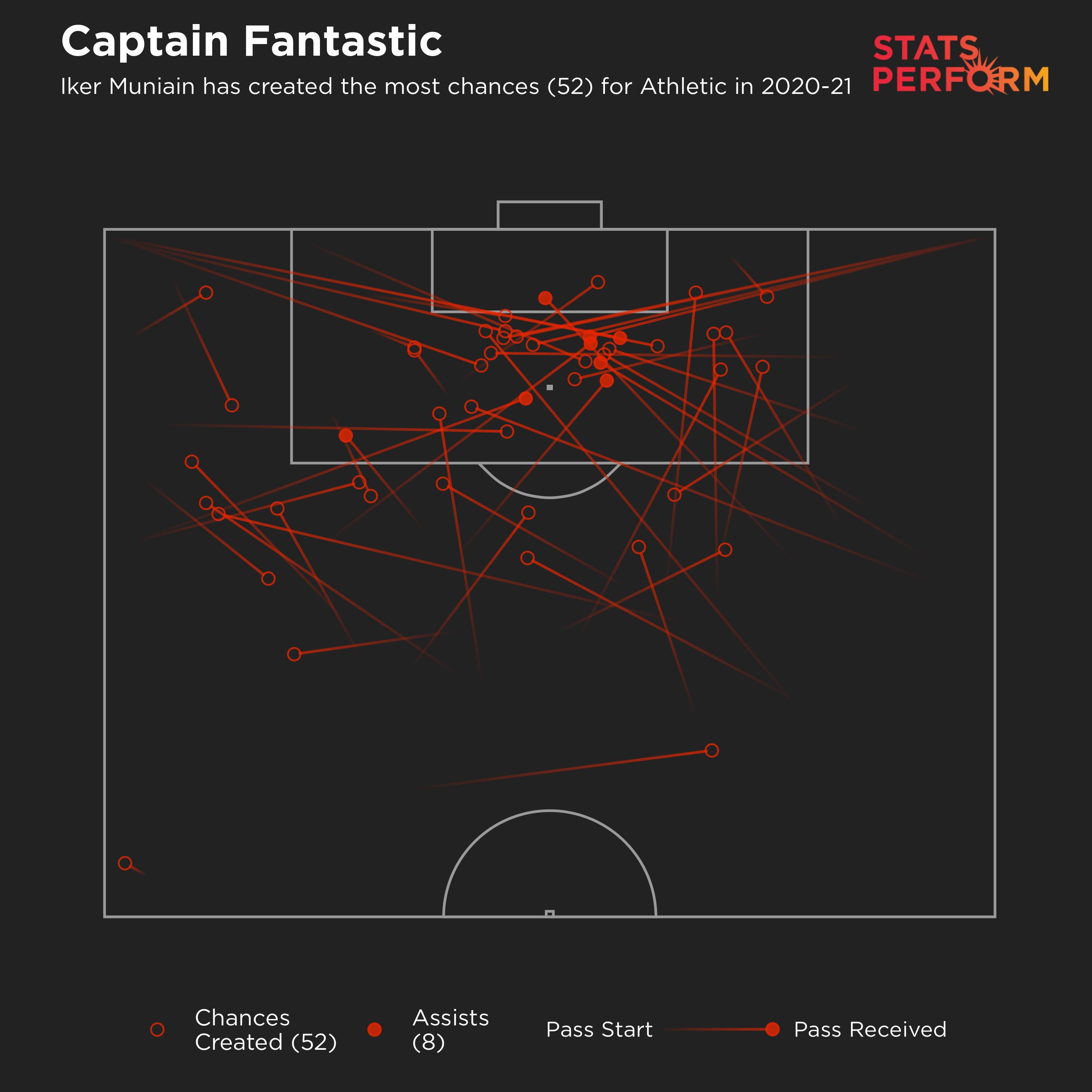 Muniain is not the only player to know nothing but Los Leones. Inaki Williams has also been linked with other clubs without ever pushing for a move – indeed, he signed a nine-year contract at San Mames in 2019, just in case his loyalties weren't clear.

Astonishingly, Williams has not missed any of Athletic's previous 185 LaLiga matches and has the competition record of 202, held by Jon Andoni Larranaga, in his sights. But you sense he would happily run himself into the ground if it meant victory on Saturday, rather as he did when he scored the extra-time winner against Barca in the January Supercopa.

"Playing a Basque derby is very special," he said this week. "Athletic are a fighting club, a warrior club – it's in our DNA. In every match [against Real Sociedad], I feel like I'm going to score."

That unifying spirit pervades the whole team. When Yeray Alvarez had to undergo chemotherapy after a cancer relapse in 2017, the squad shaved their heads in solidarity with the defender. Yeray is still less than two years into a seven-year contract signed in 2019.

That Athletic feeling never seems to leave those who do pursue careers elsewhere. Yuri Berchiche was drawn back after a decade away; Ibai Gomez returned twice, first in 2010 and then in 2019. Bayern Munich's Javi Martinez and Paris Saint-Germain's Ander Herrera have been linked with moves back, too.

Others have been lured in after careers beyond Bilbao, such as Raul Garcia and Oscar de Marcos. There are even two who made the fiendish decision to join from Sociedad: Mikel Balenziaga, who signed as a 20-year-old in 2008, and Inigo Martinez, who made the acrimonious switch three years ago to replace Manchester City-bound Aymeric Laporte.

Success might have been thin on the ground for Athletic in the past 30 years, but compromising on their ethos was never an option. It means it falls on the coaches to turn that sense of belonging off the pitch into identity on it, and Marcelino has done just that. They won the four-team Supercopa tournament, scored 13 goals in their first five league games – the best start by a new coach since Inaki Saez in 1980 – and, since he took charge on January 4, they have only lost to Barca (twice) and LaLiga leaders Atletico Madrid.

Winning these games would be greatness indeed. 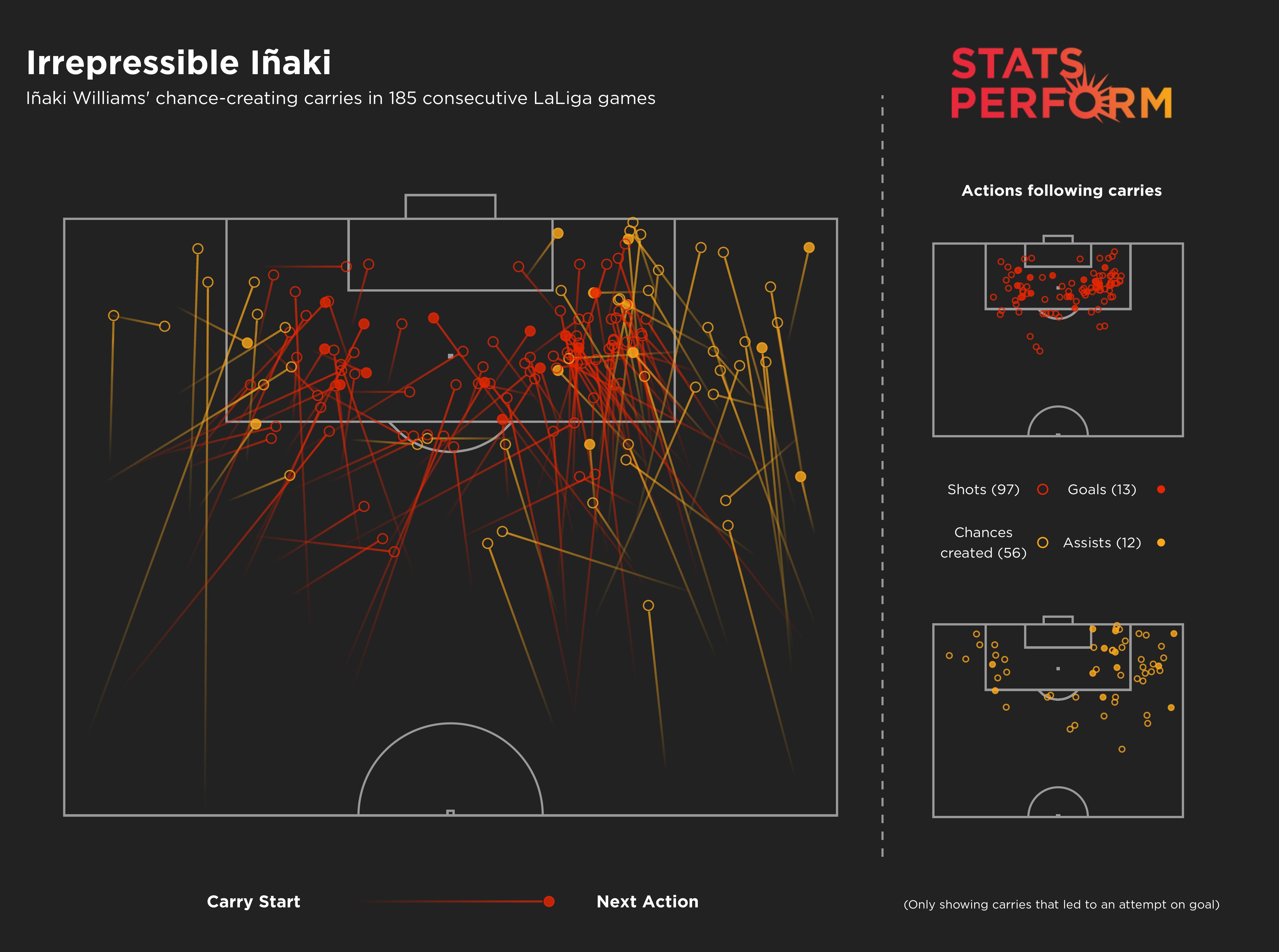 'IT'S ONE OF THOSE SPECIAL THINGS'

Given they have lost all three of their previous Copa finals, in 2009, 2012 and 2015, Athletic might feel relieved to have two shots at glory this month.

There is little shame in those defeats, though. Two of them came at the hands of Pep Guardiola's Barca, and the third was in Luis Enrique's first term in charge at Camp Nou. Two of those Barca teams won those finals en route to the treble, and all three ended those seasons as champions of Europe.

But while revenge served cold is on the menu for the 2021 final, the clash with La Real is arguably the main course. "If we can only win one, it's the one against La Real," said Oscar de Marcos this week, while Andoni Goikoetxea, one of the stars of 1984, described the match as one "in which the hegemony of Basque football will be played".

Former Athletic midfielder Markel Susaeta, who played in each of those most recent final defeats to Barcelona, told Stats Perform News: "I think the derby of Bilbao and Basque country, it's a little bit more important, that final.

"It's very difficult to play in a final with Real Madrid, Barcelona, Atletico Madrid and Valencia. Their salaries are very big and have the best players in the world.

"To play one final with Athletic and if you've grown up in the academy, it's one of the special things you can live as a football player. There's not many chances to win titles. It's very, very special."