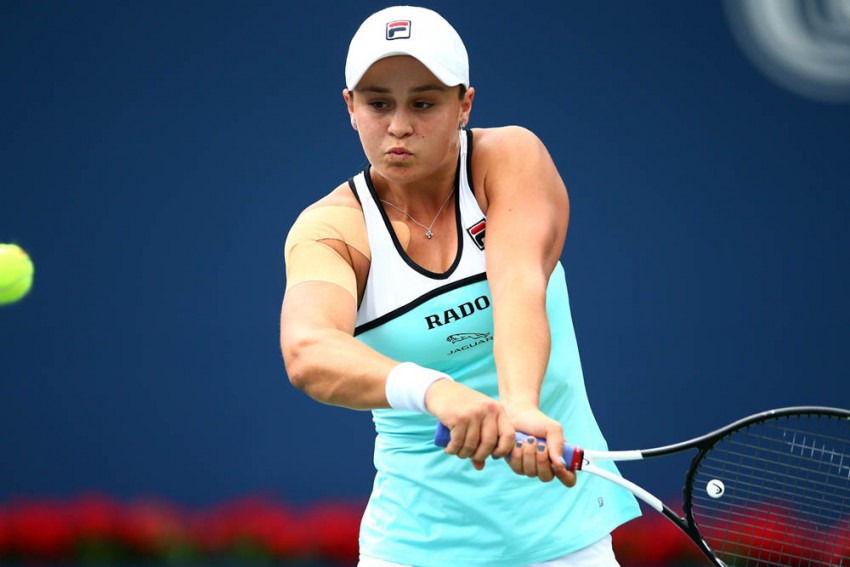 World number one Ashleigh Barty maintained her winning run in Miami with her best performance of the 2021 tournament to date dispatching of Elina Svitolina to book a spot in the final. (More Sports News)

The Australian had been down a match point in her opening clash of this year's Miami Open against Kristina Kucova but the 2019 champion has responded to every challenge since.

However, Barty needed three sets to overcome both Victoria Azarenka and Aryna Sabalenka in earlier rounds before making more light work of Svitolina to make it 11 straight wins in Miami, given 2020's event was cancelled.

"Yeah, I think it was," Barty said in her on-court interview when asked if it was her best match of the tournament.

"I think [with] Elina, you have to produce your best tennis. Happy with the way we were able to execute today."

Back to back Miami Open finals! @ashbarty secures a spot in the final once again after defeating Svitolina, 6-3, 6-3.#MiamiOpen pic.twitter.com/RdlpKDxCzU

Svitolina went into the match with a 5-1 head-to-head advantage over Barty, while the Australian had not played on foreign soil prior to the event since February 2020, opting to step away from the tour during the COVID-19 pandemic.

"With the head-to-head we had, I almost see myself as the underdog, I really do," Barty said.

"It gives me the chance to go out there and play with freedom. To play not careless but carefree tennis."

Barty has reinforced her world number one ranking from Osaka, who lost to Sakkari in the quarters, by progressing this far although adding a second Miami Open title will be top priority.

The 24-year-old 2019 French Open champion had a medical timeout between sets to tend to a preexisting abdominal issue but said she would be fine for the decider on Saturday.

"Yeah, I was a little bit sore," she said. "I got some assistance with some tape on it. But knowing we’ve got a day to recover tomorrow, I promise you I’ll be right as rain and then we’ll be good to go."

Eighth seed Andreescu booked her place in the decider with a strong three-set victory over 23rd seed Sakkari in a match which finished in the early hours of Friday morning.

The Canadian won in two hours and 42 minutes in a match full of momentum shifts, as Andreescu won her fourth three-setter in five matches in Miami this week.