Anil Kumble Should Be Chairman Of Selectors For India Cricket Team: Virender Sehwag

Former India cricketer Virender Sehwag feels BCCI needs to increase the pay grade for the chairman of selectors so that it becomes attractive for more deserving candidates like Anil Kumble. 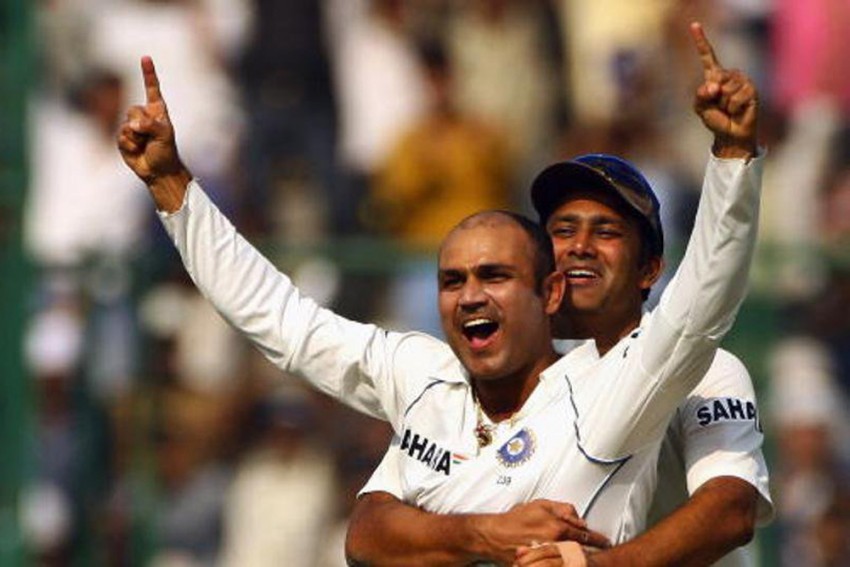 Virender Sehwag feels that Anil Kumble will not agree to the job due to payment issues.
Twitter
PTI August 21, 2019 00:00 IST Anil Kumble Should Be Chairman Of Selectors For India Cricket Team: Virender Sehwag 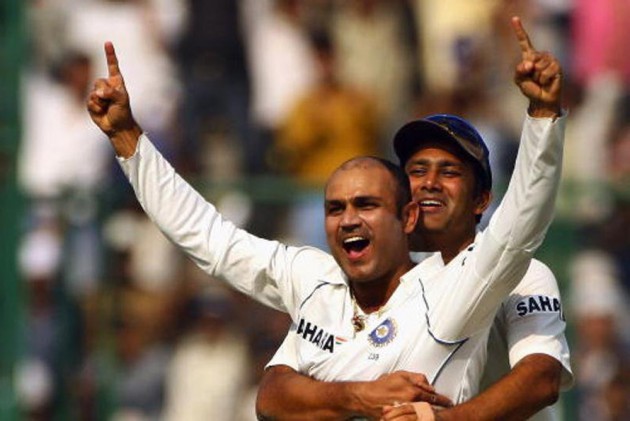 Former India national cricket team opener Virender Sehwag feels that legendary spinner Anil Kumble has the ability to boost confidence of players, which makes him an ideal candidate for the role of chairman of selectors.

The 40-year-old also feels that there should be a hike in remuneration for the job. The current selection panel led by MSK Prasad has faced a lot of criticism due to a cumulative experience of only 13 Tests.

During the launch of a new application 'The Selector', Sehwag told reporters, "I think Anil Kumble could be the right candidate for the chairman of selectors post. He is someone who has interacted with Sachin (Tendulkar), Sourav (Ganguly) and Rahul (Dravid) as a player and with youngsters as a coach."

"When I made a comeback (Australia series 2007-08), captain Kumble came to my room and said you will not be dropped for the next two series. That's the kind of confidence a player needs," said Sehwag.

Sehwag feels that Kumble will not agree to the job due to payment issues.

"BCCI needs to raise bar as far as pay is concerned. Then a lot of players will be interested," said Sehwag.

"I write columns, appear on TV and being selector will mean a lot of restrictions. I don't know whether I would like so many restrictions," the Nawab of Najafgarh said.

Sehwag, who had lost the race to be India's coach in 2017 to Ravi Shastri, said that he did not apply this time.

"In 2017, the BCCI secretary and (late) Dr MV Sridhar (GM Cricket Operations) asked me to apply so I applied. This time no one asked me, so I didnt apply," said Sehwag when asked if he was amused in the manner Shastri was re-appointed the coach.

Sehwag also said he finds it difficult to comprehend the conflict of interest rules.

As the talk veered towards playing XI for the first Test against West Indies, Sehwag's vote went to Ajinkya Rahane if India played five bowlers.

"Ajinkya Rahane has been batting at No 4 (No 5) so if it is a case of five bowlers then he should play. Rohit Sharma comes in only if you go with four bowlers," Sehwag reasoned.

He also felt that "Mahendra Singh Dhoni should have batted at number five" in the World Cup semi-final against New Zealand.

"...players like Hardik Pandya, who can play big shots should have come in at number seven towards the end," said the former India captain.

He also expressed his happiness at S Sreesanth's life ban being reduced to seven years.

"I am very happy for him. He now needs to play domestic cricket," he said.

Sehwag was amused when he was asked about suggestions on wearing neck guards in the wake of Steve Smith recent injury.

Smith took a blow from England pacer Jofra Archer in the first Ashes Test and has ruled out of the third Ashes Test due to concussion.

"Why do you need to show your neck to the bowler? You have a bat and you are wearing a helmet. In my entire career, I never used chest pads," Sehwag said.

A member of NADA's anti-doping appeals panel (ADAP), Sehwag said filling the whereabouts clause was a real problem that bothered the Indian cricketers.

BCCI recently agreed to be NADA-compliant after years of resistance.

"I have appeared for many dope tests. Even in domestic cricket when I was out of the team, during IPL. The problem with whereabouts is I can't pinpoint where I will be at a specific hour of the day on a specific date. I may mention it initially and then I might have a change in plan," he said.