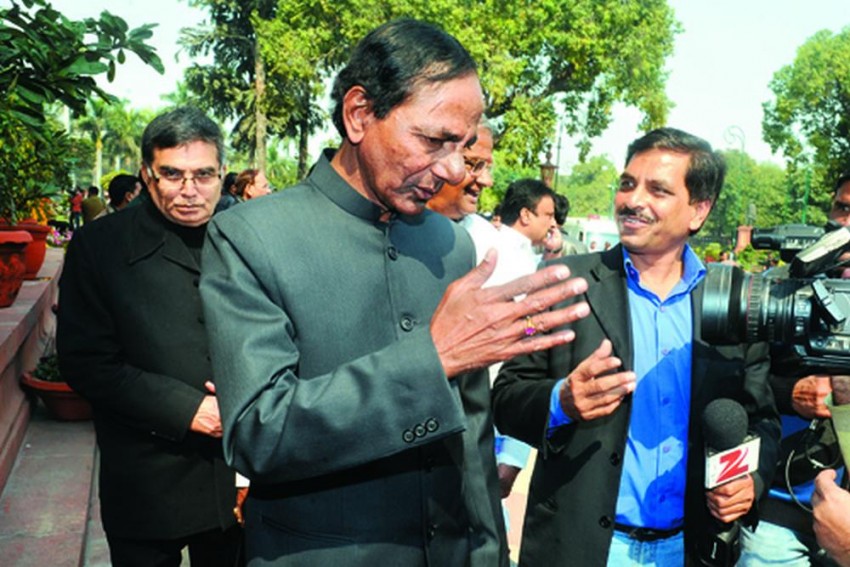 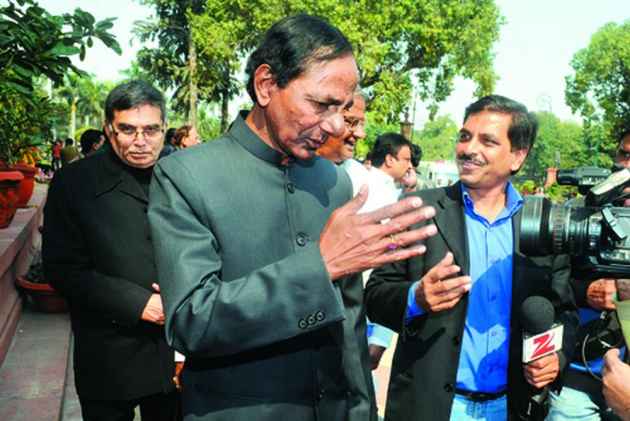 Smoke was detected in a communication set in Telangana Chief Minister K Chandrashekhar Rao's chopper minutes before it was to take off from Karimnagar, a police official said.

The incident was reported at around 10.30 am, following which the communication set was removed from the chopper, he said.

Rao and others travelling in the helicopter were safe and the chief minister continued with his tour, he said.

"The staff, after noticing smoke from the communication kit, immediately got it removed from the chopper and later the CM flew to Adilabad district in the helicopter," the police official said.

"There was no snag in the helicopter of the chief minister. The VHS (communication) set used by police had a short circuit. The smoke was noticed and immediately the kit carrying the communication set was removed from the chopper," a government official said.

Telangana's IT Minister K T Rama Rao, who is also the chief minister's son, tweeted, "Just checked up with CMO team. All is well with Hon'ble CM and he is continuing his tour in Adilabad district."