Why The Giant America Appears Helpless Against Coronavirus

In a country with the world’s finest healthcare system and renowned epidemiologists, these crucial early weeks were literally squandered, writes 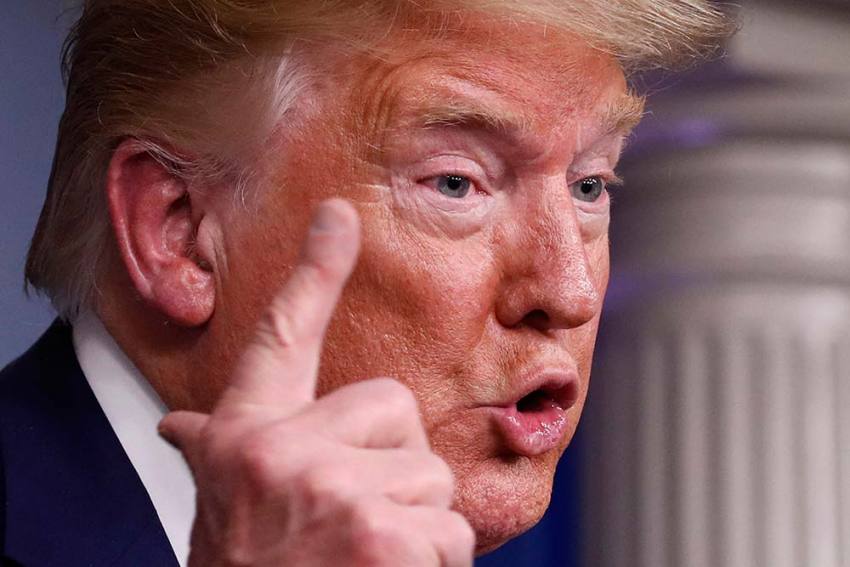 In this file photo, US President Donald Trump speaks about the coronavirus in the James Brady Press Briefing Room of the White House in Washington. (AP)
Gurunath Padgaonkar April 14, 2020 00:00 IST Why The Giant America Appears Helpless Against Coronavirus 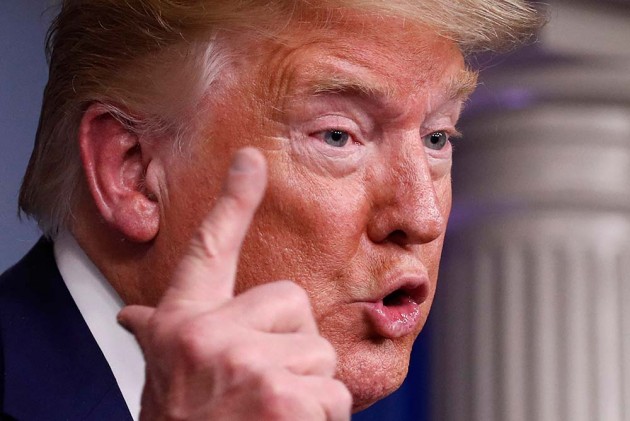 When a new virus first hit the Chinese city of Wuhan, the nation’s authorities did not have the luxury of ‘advance notice’. In the crucial early days of what was going to become one of the deadliest global pandemics in history – COVID-19 – the Chinese government obfuscated and censored important information, which did nothing to halt the contagion of this invisible enemy. It is now, months after the first case was officially reported,that the COVID-19 cases have completely dwindled down in China after an unparalleled, draconian yet systematic “lockdown” of millions of its citizens. The Chinese lockdown was accompanied by measures like forcibly removing people exposed to or infected with the coronavirus and putting them into isolation centres, shutting down public transportation, high–tech surveillance that helped ensure compliance with mass quarantines, etc.

The United States, on the other hand, had the luxury of ‘time’ to prepare for this. Yet, in a country with the world’s finest healthcare system and renowned epidemiologists, these crucial early weeks were literally squandered. Whereas the World Health Organization (WHO) issued a warning on December 31, 2019, the Trump administration on January 31 of this year suspended entry into the United States for only the foreign nationals who had travelled to China in the past 14 days, excluding the immediate family members of American citizens or permanent residents. If the first signsof this virus surfaced in November 2019, what about the myriads of people who travelled from China to the United States until January 31? And how many of those were carriers of the virus who inadvertently transmitted it to tens of thousands others? The first novel Coronavirus case in the US surfaced on January 21, 2020. Fast forward to the present: As of April 2, the American state of New York alone has more COVID-19 patients than the entire country of China! With 2,45,000+ cases and counting, America is now the hub.And all of this is albeit the fact that the US population is one fourth that of China! What exactly is causing the number of cases to rapidly proliferate even though President Donald Trump has pumped in

Trillions of dollars to tackle this? Well, the reason behind the spread is simple: Lack of complete lockdown.

The nature of this deadly virus is such that social distancing is the only way to prevent its transmission. Countries like India, Italy, Spain and Germany have locked down entire regions or the country as a whole, following suit with China. India’s Prime Minister Narendra Modi, imposed a mandatory 21-day lockdown for its 1.35 billion people, the largest cordon sanitaire in history!

“An ounce of prevention is worth a pound of cure” is the only magic drug available in the market right now, especially when a medical remedy is beyond the horizon. So what has stopped the Trump administration so far from a prophylactic nationwide lockdown? Well, it turns out that Trump only shares partial blame for this. Initially, Trump did not want the fear of virus’ spread to affect the US economy negatively, especially in view of the upcoming Presidential elections later this year. Even after the US had 500 confirmed cases, he kept downplaying the virus threat and reassuring Americans of the extreme preparedness of the White House Coronavirus Taskforce to deal with it.Trump was banking on what he calls the “greatness” of America’s mighty healthcare system to fight the virus. Trump believed he could address this by ordering more ventilators, paying Americans for the lost income, pumping in more money into the economy, etc. Little was he possibly aware that the only cure available was a “complete lockdown”- a remedy even the poorest of the nations could afford. Those measures he took could only complement a mandatory lockdown and not substitute it. Trump even went on to state that America would be “open for business” by Easter, April 12. Further astonishing was the fact that he declaredthat up to 240,000 Americans would eventually succumb to this evil!

As the number of cases started rising exponentially, many of the 50 American states started acting to contain the viral spread by suggesting closures of non-essential businesses and simply “advising“ its people to stay home. The nebulousness of the definition of “non-essential” is an entirely different story. Even the Centers for Disease Control and Prevention (CDC,America’s health protection agency) has been issuing “recommendations” amidst a still-exploding pandemic.However, in the absence of a nation-wide order, such measures are not uniform across the entire country and Americans could still easily travel within the nation, potentially carrying the virus from the hot spots such as New York and New Jersey to the low-risk regions.

The other portion of the blame goes to America’s Federalist system. Even if President Trump decided to take stronger action, the Federalist system would hamper a nation-wide response. The United States’ constitution does not directly allow the President to order and enforce major public interventions such as social distancing and mass quarantines. That authority lies primarily with the U.S. states’ Governors (the equivalent of Chief Ministers in India) and local authorities through their “police powers” and that is where America differs from countries like China, Italy and India. The President’s powers are expansive at the country’s borders, which allowed Trump to ban travel from China and Europe and close borders with Canada and Mexico, even if he was a little late in doing so. Inside the states, the President has little to no power to act because of the states’ sovereign rights to exercise their police powers. Even in a national emergency, the President is not empowered to direct the governors to enforce or not enforce anything. And the governors can only restrict intra-state travel to a certain extent. The Congress (the equivalent of Parliament in India) on the other hand can restrict travel among the states or give the President the authority to do so. Even if any of that happens, Americans opine that the nation would not tolerate extreme limitations on individual liberties like the right to travel or associate. The use of electronic surveillance for quarantining like China could result in an invasion of personal privacy. The only option that then remains with the state Governors and local Mayors-and many of them did utilise it- is a “virtual lockdown” through a multitude of measures including “stay at home” advisories, recommending non-essential businesses to temporarily shut down, having assembly limits and travel restrictions. These would be deemed virtual since they are not enforceable by law. For instance, if you were to roam around on the streets of New Jersey for recreation, you would not be objected by law enforcement officials. Although most people in America have voluntarily stayed at home for the fear of contracting the virus, there are a few negligent others for whom its “business as usual” in the absence of a lawfully enforceable mandate.

If Americans are expected to comply with these “guidelines” of physical distance and self-imposed lockdown over a period of maybe months, the government has to reciprocate with measures to make this compliance safe and feasible. Social distancing would have to be accompanied by easy access to key necessities like food, medicines, testing and treatment. Another major assurance that the government has to provide to people under self-quarantine is ‘job security’, especially to people who are voluntarily staying home or who are taking care of their kids who are out of school. Prime Minister Modi’s plan lacked these measures which eventually led to outbursts of incidents in several parts of India which further made the lockdown somewhat inconsistent throughout the country.

All in all, this goes to show that a compulsory lockdown would not be legally possible in the United States. Unfortunately, that was the only and sharpest tool in the shed to prevent the spread of this nocuous monster and buy some time to prepare for the worst that lay ahead. The only other way to make lawful social distancing work in America would have been the presence of a Modi-like figure who could strongly appeal to the masses who in turn would meticulously obey his word just like they did during the recent “Janata Curfew” in India. The apprehension in Modi’s speech and body language automatically conveyed the seriousness to its billion plus citizens while that of Trump was completely deficient in it. The unlawful yet essential restrictions would work in the United States if it had some “real” leadership to make its citizens grasp the gravity of this disaster. With that absent, tens of thousands would unnecessarily perish- the unfortunate road America seems to be headed on.

(The writer is a Pharmaceutical Research Scientist based in New Jersey, USA. Views expressed are personal.)

'Very Close' To Completing A Plan To Reopen US Economy: Trump