Home  »  Website  »  National  » Opinion  »  Rebels Without A Cause: Duplicity Of Retired Babus Giving Unsolicited Advise
SIAYSI-Say It As You See It

Rebels Without A Cause: Duplicity Of Retired Babus Giving Unsolicited Advise

How some retired bureaucrats morph into indignant conscience keepers of the nation. 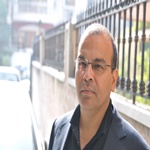 Civil servants, who post-retirement get appointed as advisors keep their head down and those who do not, suddenly discover a revolutionary and reformist zeal
Representational Image
Sachin Shridhar 2021-06-14T14:37:59+05:30 Rebels Without A Cause: Duplicity Of Retired Babus Giving Unsolicited Advise He portrays himself as an indignant conscience keeper of the nation. But many may see him as a self-appointed umpire continuously shouting “Out” even as the fielders keep fielding and the batsman goes on batting, all virtually unmindful of his tantrums while the interloper continues the charade from time to time. That in short is what a bureaucrat on retirement is likely to morph into, writing angry letters purportedly to the PM but actually for the consumption of media. This is best characterized by the impassioned words of a retired acquaintance known for his scathing criticism of virtually everything that represents the present regime. Justifying the stinging bite of his criticism, he blurted out at a party perhaps letting out a sub-conscious Freudian slip, “I waited a good couple of years for the government to make use of my vast experience and expertise but was disappointed by their indifference.”

Those, who post-retirement get appointed as advisors, tribunal or board members, keep their head down and those who do not, suddenly discover a revolutionary and reformist zeal interspersed with visceral hatred of the present regime. A regime they see one of the vernacular speaking kinds unlike the “people like us” they were happy cozying up to. A zeal which after clearing the UPSC had in any case got buried by the system which plied them with its perks of status, security, red beacon car (thankfully now banned), large houses and of course yes, power and the careerist ambitions it constantly fueled!

How many cases have you come across in the last 20 years when a career civil servant put his foot down or went on leave or resigned in protest against an un-constitutional act of his political master. Such instances one can count on one’s fingers. Compare them with the galore of instances of graft, corruption and inefficiencies and these instances of upright conduct are all too insignificant to even be counted. Does it mean that in all these years when these gentlemen were working, the politicians were then very well-behaved and law-abiding and it is only now suddenly that they have adopted regressive and divisive policies. We saw so many scandals one after the other in the past. How many of them protested about those and about the deaths, rapes, genocides and miscarriages which the recent Indian history is replete with?

Interestingly, one group of retired bureaucrats going under the name and style of “Constitutionnel Conduct Group” (CCG) has on May 21 written a letter advising the government (read PM Modi) to “Constitute an all-party committee at the Central level to advise on and review all Government decisions….”. So, the flag bearers of democracy want the un-elected civil servants, who have been rejected by electorate leaders to get a back-door entry to governance and power. It certainly does not sound terribly constitutional to seek substitution of an established system of elected government and elected Parliament; doesn’t it remind you of that extra constitutional busy body called the National Advisory Council (NAC) which through its armchair intellectuals and distant from the masses politicians messed virtually all affairs of the state.

The communications of the retired civil servants to the government sent through media circulated letters have a broad sweep or tend to impart what we in local parlance say general “gyan” without any concrete suggestions. In one letter, they would crib about the PM Cares Fund, Article 370, GST, mishandling of the second Covid wave, Lakshadweep, illegality of farm laws, human rights abuse, Central Vista and so on. Their own domain competence beyond being a generalist pen-pusher be damned, the itch to become a ruler, visionary, architect, environmentalist, epidemiologist, auditor, vigilante and conscience keeper in one stroke has all the elements of a tragi-comedy theatre. As a result, with no clear actionable and pragmatic advice coming forth, which could compel the government to have a good look at, these gentlemen unfortunately sound more like the ignored grandparent in the house who keeps doling out homilies to the “couldn’t care less youngsters”. With each passing year the grandpa feels more irrelevant, so the stridency of his harangue increase.

What we need to appreciate is that most of what happens in governance is only a continuation of the old and generally there is no radical departure except a handful of big and dramatic decisions which may be the priorities and political commitment of the party in power. Most other things are little more than re-packaging and re-branding. Continuity and status quo are by and large the rules and this is what marks the government. In the meantime, politics always tries to make people believe that a great change is taking place. The retired civil servants tend to forget that for last few decades they were at the helm. If we are witnessing a rot today, some of it must have been setting in during their time as well. It is therefore legitimate to ask as to what is their culpability?

Now, civil services exists in a protected and secure environment. Besides status, you get an inflation hedged salary, no fear of job loss, no tangible targets to meet and by and large, unless caught in serious monkey business, your promotions, increments, housing and perks are all a given till you retire. This very sense of entitlement is continually reinforced in a boy in his twenties, fresh from university till he retires at the age of 60. Now in management, it is universally held that job-security- which in today’s techno-centric and changing world does not put pressure on you to re-skill or up-skill yourself- is the best breeding ground for mediocrity. The hierarchical culture within the civil services, the constant “Yes Sir-ing” one responds with for decades of one’s active life and the pervasive culture of sycophancy is a chronic condition for your egos to remain bloated. No wonder, most of us are not comfortable enjoying a retired life bereft of the trappings of power.

How can we retire like ordinary mortals and do gardening or help the grandchildren with their homework? We were born to preach and counsel the present dispensation about all things esoteric. Now it is no one’s case that they do not have the right to write or say what they want to say so long as they do not compromise some national secret which can harm the security of the State. But the point here is the relevance of it all and the credibility of the message giver. On reading their laments liberally sent to media, no one goes up in arms. It is a at best a momentary diversion. On their own, with their superior airs and poor connect with citizenry, most of these gents will struggle to even win an RWA or Panchayat election.

There is an element of irony that you enjoy an inflation adjusted pension coming from the government coffers while you continue to dole out unsolicited advice and even bad-mouth the duly elected government. The duplicity of it becomes more pronounced when one sees that most of these gentlemen kept their obsequious heads down, bid their time and did not protest when it could have mattered the most. So, the government of its time and the citizens also have an equally sacrosanct right to question deeply this revolutionary avatar of convenience. Perhaps, they would do well to heed to the words of John Paul II, (Sollicitudo Rei Socialis,1987) who while expressing concern over social matters and the failed development of the third world, very wisely said, “we all are responsible for all”.

(The author is an ex-IPS officer and a technology entrepreneur. Views expressed are personal and do not necessarily reflect those of Outlook Magazine.)