The Second Wave And The Vulnerable Vagabond!

Migrant workers are a large part of the informal sector which employs close to 93% of workers in India and contributes nearly 50% of economic output. 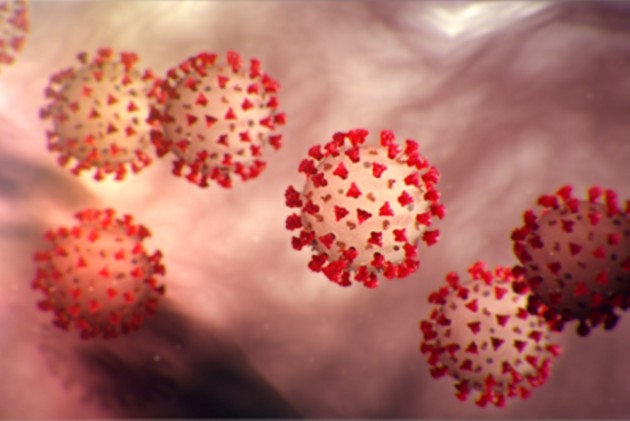 India risks repeating the traumatic mass movement that occurred last year after it enforced one of the world’s toughest national lockdown, eliminating millions of jobs quickly. The lockdown fueled the most disruptive migration in the Indian subcontinent that witnessed scores walking barefoot for days at a stretch only to reach home.

Come 2021 and the pandemic is raging like never before. Reeling under the devastating second wave, the migrant workers is once again facing unemployment, food insecurity, a wipe-out of savings and rising debts. Though governments are more cautious in announcing lockdowns this year, it has unsettled the workers who are yet to recover from the earlier jolt. Gripped with fear and panic, they have thrown all Covid-19 caution to the winds and are rushing home in huge numbers. Six states namely Bihar, Chhattisgarh, Jharkhand, Odisha, Uttar Pradesh and West Bengal that accounted for about two-thirds of reverse migration in the first lockdown are witnessing a similar situation again.

But is return the answer to migrant worker problems?

A recent study by ICRIER in collaboration with the Inferential Survey Statistics and Research Foundation (ISSRF) of migrants in the afore-mentioned six states brought out some startling facts. About one-third of the reverse migrants reported that they did not have work even after returning to their native place which led to a decrement of about 85% in their household income.

With the first ‘Unlock phase,’ about 63.5% of the workers returned to their destinations by February 2021 while the rest stayed. With the highest remigration from Bihar (approx. 92%), followed by Jharkhand (approx. 31%), it led to an increase in their income. However, there was still a contraction of about 7.7% as compared to the pre-lockdown phase.

The first graph indicates the severity of the second wave of the virus which has already topped the maximum inflection point of the first wave indicating more damage to the economy than last year.

The second graph is a diagrammatic presentation of the reduction in the migrants’ household income during the initial lockdown at their native places with a significant improvement upon returning to their destination.

The much talked about Garib Kalyan Rozgar Abhiyan launched in June 2020 has failed to impress so far. With barely 86,000 enrollments versus the target of three lakh across 116 districts from the above six states, not even a single migrant worker has completed skill training till Feb 2021 as per a Parliamentary Standing Committee report.

According to CMIE data, over 122 million people in India lost their jobs in April 2020 alone and around 75% of them were small traders or daily-wage labourers. The good news was that the first lockdown saw a record 7.6 crore households receiving jobs under NREGA between April and June 2020. However, there were still 22% (or nearly 1.7 crore) who failed to get one by first week of July 2020 with most of them from Uttar Pradesh followed by Bihar. This over-reliance on NREGA also led to a drying of state funds as governments were forced to overdraw wage allocations.

Migrant workers are a large part of the informal sector which employs close to 93% of workers in India and contributes nearly 50% of economic output. Lockdowns affect them immensely. Lockdowns disrupt delivery chains, reduce output, increase unemployment, and jeopardize livelihood of tens of millions of workers in the country.

However, having said this with close to 4 lakh daily infections, India’s current wave of the pandemic is yet to see the peak. Lockdowns do provide a breather and help governments prepare --- be it ramping up of their already overstretched medical infrastructure or improving coordination with others to fight the crisis together. As per Economic Survey 2020-21, India's pandemic response, focused on saving lives and livelihoods from March-May 2020 restricted the virus spread and saved more than 100,000 lives. Today, Delhi & Mumbai are already seeing a dip in the test positivity rate (below 30% & 10% respectively) post the imposition of lockdown. However, attention needs to be paid that the burden of the lockdown is not borne entirely borne by the poorest and migrant workers.

It is heartening to see a recent shift in government policies but what is needed is applying some of the lessons learnt from lockdown 1.0 to the present. Emphasis needs to be placed on the portability of entitlements and provision of social safety nets for migrants. With an objective to make households more self-reliant, governments need to focus more on skill upgrade program (Project Unnati) for unskilled labourers under NREGA.  Added vigour to the skill mapping exercise of workers in conjunction with states could help them get a job closer home. And, above all, creation of a robust digitized migrant data can enable governments, policymakers etc. take appropriate welfare measures in the long run.

This may not be the last lockdown. Already experts have predicted a third wave for Maharashtra in July-August this year.  Let us capitalize on the window available to us to help create a robust socio-economic fabric for these workers who can eventually become an asset for the country rather than being just vulnerable vagabonds!