'Ring Of Fire' Today: India To Miss Out On Celestial Event

The Annular eclipse can only be seen from Northern Canada, Greenland, and parts of northern Russia. 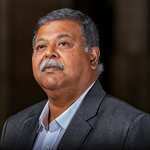 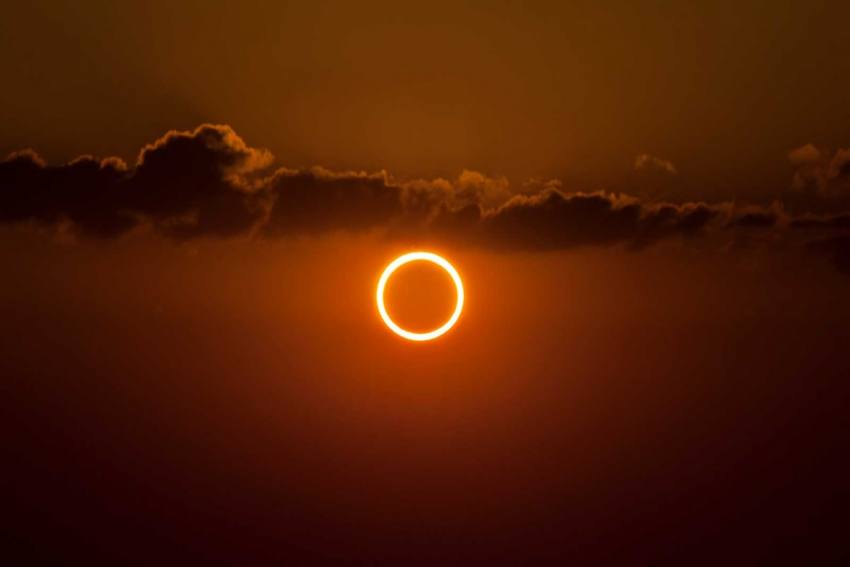 The Annular eclipse can only be seen from Northern Canada, Greenland, and parts of northern Russia.
Representational image
Dr Debiprosad Duari 2021-06-09T11:06:20+05:30 'Ring Of Fire' Today: India To Miss Out On Celestial Event 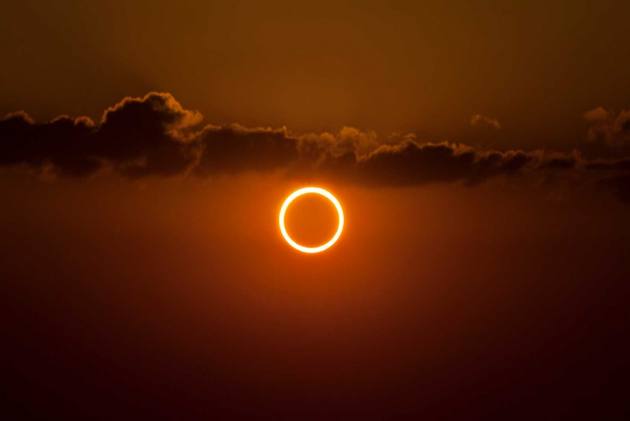 A few days after we witnessed the Zero Shadow Day on June 5 – when the sun was directly shining overhead in Kolkata and around, a similar situation is arising again on June 10, this time involving the Moon as well.

The event of an Annular Solar Eclipse, sometimes called the Ring of Fire eclipse, cannot be experienced by the people in India. The Annular eclipse can only be seen from Northern Canada, Greenland, and parts of northern Russia. But the subsequent Partial Solar Eclipse can be seen from a vast region of North America, Europe, and Asia.

A spectacular Annular Solar Eclipse is going to occur on June 10. We all marvel at the beauty and grandeur of a Total Solar Eclipse. But, an Annular Eclipse is more spectacular, even though there will be a perfect alignment of Sun, Moon and Earth in space, as in the case of a Solar Eclipse, yet, Moon being a little more distant from Earth at that moment than the average, will not be able to cover the whole blazing disk of the Sun, causing an annular bright circle of light around the eclipsed sun, suitably termed as the Ring of Fire. That day, it will be a new moon as is required for a solar eclipse. In its elliptical orbit around the Earth, Moon will be far away from Earth at a distance of 404,600 km as compared to its average distance of 384,00 km. That is the reason the Moon will be unable to cover the Sun completely, giving people of certain regions on the globe an enthralling view of the Ring of Fire, lasting for a maximum of about 3 minutes 51 seconds at its greatest moment over Greenland.

At first, the Solar eclipse will be partial, around 11:42 hrs. IST and the annular eclipse will appear to occur from 15:30 and will continue up to 16:52 hours, over Siberia, though for different intervals for a particular region, depending upon one’s geographical location. The partial eclipse will ultimately end at around 18:41 IST. Though it will be daytime in India, the path of progression of the solar eclipse will not touch any part of India, except in the North-Eastern extreme of the country in the border regions of Arunachal Pradesh and in Ladakh near the LOC, that also just before the sunset.

The North Eastern fringe of India, in Arunachal Pradesh, mostly uninhabited, in hilly and forest regions, people can see, just before the Sunset, a minuscule fraction of the Sun covered by the moon, that also very low on the horizon, lasting at the most 3-4 minutes depending upon the position. On the northern borders, in Ladakh, a sliver of land in the border region can experience the last phase of the Partial eclipse but again for a short duration, but relatively at a higher altitude than the eastern part of the country. At the vicinity of Dibang Wildlife Sanctuary, at around 17:52 hours at a height of 1.7 degrees from the horizon, one can see a very small part of the (less than 0.1 %) Solar eclipse. In the northern part of Ladakh, the last phases of the eclipse can also be seen at around 18:00 hours, where the sun will be setting at around 18:15 hours.

A large number of podcasts and live coverage of the eclipse is being arranged by different scientific and social bodies around the world and interested people in India have to remain satisfied with the digital images of this cosmic event.