‘As I recall that fateful day some two decades later, I wonder what would have happened if we had listened to the words of the Dalai Lama’ 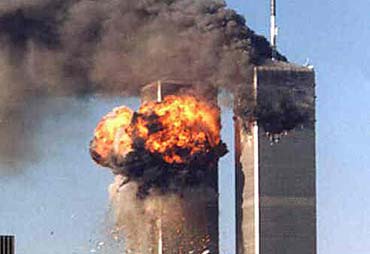 Despite the early morning sunlight seeping in through the high windows, the office of Samdhong Rinpoche Lobsang Tenzin in McLeodsganj, a suburb of Dharamshala, was cold and damp. I had arrived in Dharamshala the night before from Mumbai via Srinagar to interview the Rinpoche, who had become the first elected Kalon Tripa, or chairman of the cabinet of the Tibetan government-in-exile.

Just as I was about the start the interview after a cup of sweet Kangra tea, my cell phone, despite being on silent mode, started vibrating furiously and just wouldn’t stop. Irritated, I reached to switch it off when an obviously agitated aide of the Rinpoche barged in and whispered something to him, upon which both of them rushed out of the office without so much as a by your leave.

Bemused and perplexed, I answered the phone instead of switching it off.
“What the hell are you still doing in Dharamshala? I want you back here in office now!” It was my editor in Mumbai.

The door opened again and the aide furiously beckoned me to join them in the room next door, where a bunch of people, mostly wearing maroon robes, were staring at a blurry television screen which repeatedly kept playing the images of the two towers crumbling to the ground after being hit by the planes.

I was desperately trying to get a flight back to Mumbai. The only one available was from Srinagar in the evening, the last before the airspace was locked down indefinitely. Instead of the couple of days that I had planned to spend in Himachal, I just had a few hours left.
The Dalai Lama interrupted his meditation retreat later that morning to lead a prayer meeting for the victims of the attack, and made a fervent appeal for restraint, and “not to fight terror with terror.” He said he had sent off a letter to the US President George W Bush urging the same thing.

But terror rained down from the skies of Afghanistan after the Taliban, a bunch of bigoted blood-thirsty psychopathic thugs who had ruled Afghanistan for almost a decade, refused to give up Al Qaeda chief Osama Bin Laden, who had gleefully claimed responsibility for the worst terror attack on American soil. As the American bombs came screaming down relentlessly from above, the Taliban –and Bin Laden --fled to Pakistan. But peace remained as elusive then as it does now.

The Rinpoche agreed to continue with the interview provided I did not ask him about the attack, and I left Dharamshala soon afterwards for Srinagar, where I managed to board the last flight to Mumbai after extensive security checks and repeated flourishing of my press card.

A decade later, an ailing Bin Laden was ‘taken out’ by US special forces in early May 2011 from his hideout in Abbottabad, a cantonment town barely two hours away by road from Islamabad. Afghanistan, however, continued to be ruled by warlords with shifting allegiances, and the writ of the government in Kabul did not extend much beyond the hills surrounding it.
After spending trillions of dollars and losing over 3000 coalition troops, mostly American, Washington under Donald Trump decided to pull out of the fiercely independent nation which it had failed to tame. Ironically, it also started negotiating with the much-reviled Taliban to form a government in Kabul.

Almost six months after I returned from Dharamshala, when the dust from the twin towers and the American bombing of Afghanistan had dispersed, my interview with the Rinpoche was finally published. As I look back at that day, I wonder what would have happened if we had listened to the Dalai Lama’s words.