‘My Petition Against Hate Speech Will Have A Wider Impact’: Brinda Karat On Anurag Thakur, Pravesh Verma Case

Karat spoke to Outlook about why she thinks the hate speeches had a direct impact on North East Delhi riots that took place in February. 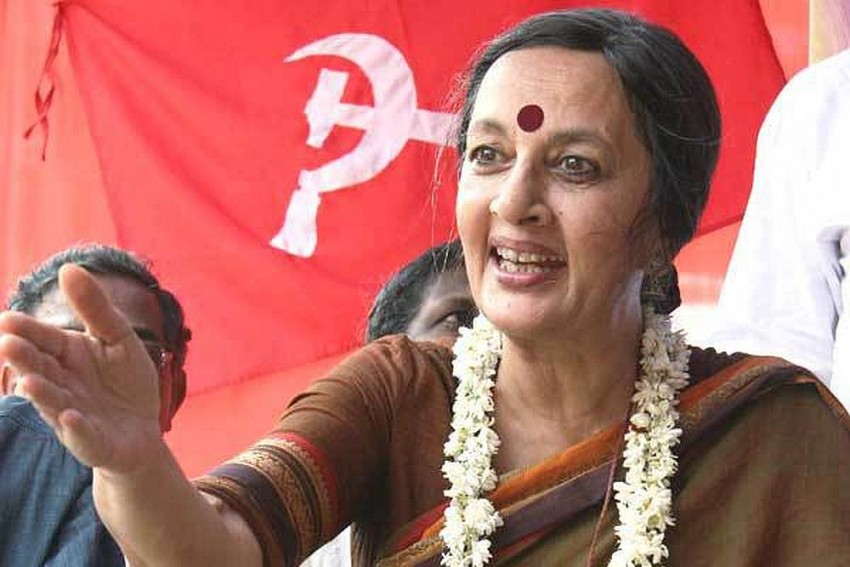 Days after moving the Delhi High court urging it to file FIR against Union Minister Anurag Thakur and BJP MP Pravesh Verma on their alleged hate speeches, CPI (M) leader Brinda Karat said that her fight will continue till justice is delivered. Karat spoke to Outlook about why she thinks the hate speeches had a direct impact on North East Delhi riots that took place in February.

Q) You decided to move the Delhi HC after the trial court rejected your petition under section 156(3) of CrPC seeking to file FIR against Anurag Thakur and Pravesh Verma on their alleged hate speeches.

This is a very serious case that has ramifications not only against these two particular elected members but the much wider issues of how the country deals with those who make hate speeches. My argument is that if this petition doesn’t stand, no citizen of this country will have the right to go to any court for justice in any case for hate speech. This will protect and patronize all those who give hate speeches. An FIR means the police have to investigate the case. Here, you are saying that an ordinary citizen has to investigate the case. How can that be?

Q) The trial court rejected the order on the ground that you haven’t obtained requisite sanction from the central government while filing the petition?

We went to the designated court in January with the petition against hate speech. The court deals with cases of MPs and MLA s. The court heard my entire case and it allowed all arguments on merits from my side and the Delhi Police.

That time, the magistrate had heard everything.  Now after nine months, when I went back to the magistrate, he said that he cannot take cognizance of it. Under section 156(3) of CrPC, pertaining to the hate speech of public servants, the government has to give sanction at the time of charge sheeting, not at the time of FIR. Here, nothing prevents the magistrate from filing an FIR.

But this magistrate says that at the time of FIR also, one has to get permission from the government. I have to go to Home Minister Amit Shah since the Delhi police is under him. I have to get sanctions from the LG and others. How is it possible? My lawyer argued that the court should have told us this at the threshold of the case.

Q) Is it disappointing that the trial court rejected your petition after nine months?

I wasted nine months and it is totally wrong. The hearings were completed in January.  After the arguments were completed, the order was reserved for judgment. Meanwhile, the Delhi riots took place in February and some other people went to the High Court on similar grounds of hate speech. So the order on my petition was reserved citing the writ petition in the HC.

However, nothing happened for six months on my petition. Finally, in August, I got a favorable order from HC, which directed the magistrate to take action on my petition according to the law.

Q) Have you approached the Police before going to the court? Did you get any favorable response?

We adhered entirely to the procedures of law. First, I have given written complaints to the Commissioner of Police and the SHO Parliament Street within a few days of the speeches was made. I was one of the first complainants against the hate speech, which was made a month before the Delhi riots. So it is critical that this case is noted and action taken. I believe that the speech had a direct impact on later events. No action was taken either by the police station or the police. That’s why I went to the magistrate court.

Q) The Delhi Police maintains that there is no prima facie evidence to file FIR against Anurag Thakur and Verma.

There are clear pieces of evidence against Anurag Thakur and Parvesh Verma. Delhi police and Bharatiya Janata Party (BJP) doesn’t want to take any action against them because if this case is accepted, it will provide a direct link to their role or such speeches in the violence that followed. That is why it has been suppressed. We will fight till the end on this. We are in court. We will be very much there in the fight for justice.

Q) Your name also figured in the charge sheet filed by the Delhi police with regard to the Delhi riots...

My name figures in two places in the charge sheet under UAPA, which runs into 17,000 pages. However, my petition, which was filed in January against hate speech, has still not seen any action. In fact, the Delhi police said in the court that there is no cognizable offense made out.

This raises questions about whether the system is actually interested in dealing with political leaders in the government when they commit such a prima facie crime, which is there in the open. After all, it’s the High Court judge Muralidhar, who asked the Delhi police to file FIR within 24 hours. Now, they may have transferred the judge, but his reasoning cannot be.