He is serving jail term in the Presidency Prison in Kolkata in a contempt of court case. 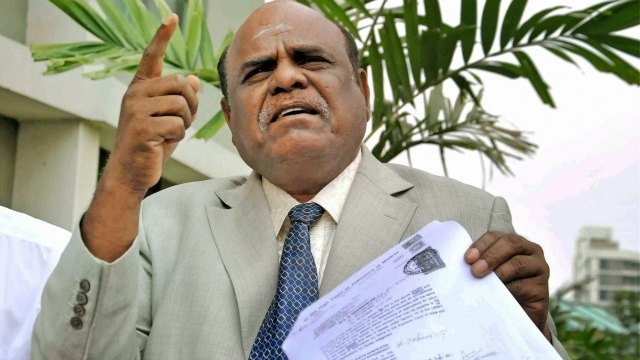 The Madras High Court has rejected a plea for a direction to the President's office in New Delhi to consider the immediate release of Justice (retd) CS Karnan, who is serving jail term in the Presidency Prison in Kolkata in a contempt of court case.

The Supreme Court had on May 9 convicted Justice Karnan, former judge of the Calcutta High Court, under the Contempt of Courts Act of 1971, and sentenced him to six months in jail.

He retired from the service on June 9 and was arrested on June 20.

Sidharthan in the plea had claimed that Justice Karnan, a Dalit, had been victimised and was meted out social injustice.

The judges said they did not find any reference (in the petition) to the circumstances which led to the incarceration of Justice Karnan, who had been a judge of the Madras High Court and transferred to the Calcutta High Court.

At the time of arrest, he was no longer a judge of any high court. The respondents in the PIL - secretaries of the office of the President of India, department of Law and Justice, and secretaries general of the National Commission for Human Rights and the secretary of the Union Ministry of Social Justice and Empowerment -- are located in New Delhi, the judges observed.

"No case has arisen within the jurisdiction of the Madras High Court. Hence, the PIL is not maintainable and dismissed," the bench said.