The recent ‘ground breaking’ ceremony of the Kartarpur corridor, proved to be yet another opportunity for leaders of the two sides to enter a fresh bout of one-upmanship against rivals-- both across the border as well as those within the country. 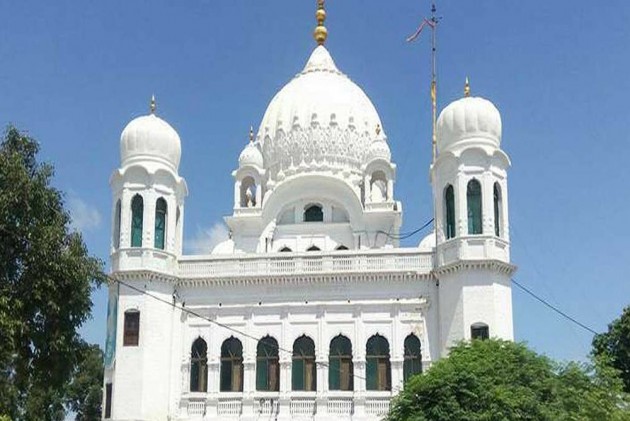 It was meant to be a bold move to bridge the gap between two estranged neighbours. If pursued with sincerity, it could have allowed them to pave the way not only for a peaceful and sustained engagement but also a mutually-beneficial and cooperative relationship in the coming days.

Instead, like most India-Pakistan initiatives, the recent ‘ground breaking’ ceremony of the Kartarpur corridor too, proved to be yet another opportunity for leaders of the two sides to enter a fresh bout of one-upmanship against rivals-- both across the border as well as those within the country.

Prime Minister Narendra Modi who had compared the Kartarpur corridor and the proposed bridge as significant as the Berlin Wall coming down in 1989 to united people across the border, did not miss the opportunity of taking a pot shot at the Congress on the issue. At an election rally in Rajasthan, he said it was the Congress leadership of yesteryears that was responsible for Kartarpur and the shrine Darbar Sahib falling on the Pakistani side of the border.

If his remarks showed an attempt at taking credit for an initiative that could well help Sikh pilgrims to travel to Darbar Sahib shrine with ease by next year to commemorate with 550th birth anniversary of Guru Nanak, Pakistan leaders were also trying to use it to get political mileage.

The Indian establishment’s suspicion about Pakistan’s initiative on the Sikh shrine in its territory became clear when foreign minister Shah Mahmood Qureshi, speaking on the Pakistan Tehrik-e-Insaf (PTI)’s government performance on the first 100 days highlighted the “googly” bowled by the government on the Kartarpur border crossing to the Delhi leaders. He pointed out that the clever move forced India to respond and send two of its ministers along with cricketer-cum-Punjab politician Navjot Singh Sidhu to come to Pakistan to be present at the groundbreaking ceremony.

“This shows that you have no respect for Sikh sentiments. You only play ‘googlies,” said Indian foreign minister Sushma Swaraj in quick tweet to Qureshi’s remark. She also pointed out that it was not the Pakistani “googlies” that trapped India but two of its ministers were there to offer their prayer at the Holy Gurdwara.

Darbar Sahib is the final resting place of Guru Nanak, the founder of Sikhism. The proposed corridor, which will also be followed with the construction of a bridge across river Ravi, will connect Darbar Sahib in Kartarpur in Pakistan’s Narowal district with Dera Baba Nanak in Gurdaspur of the Indian state of Punjab. The proposal was first made in 1999 during the Lahore Peace bus ride by Indian Prime Minister Atal Behari Vajpayee. General Pervez Musharraf took up the proposal when he came to power in 2000. But for several years after that it got stuck as it was linked to the status of the testy India-Pakistan relations. This September it was revived yet again when Sidhu went to Pakistan for Prime Minister Imran Khan’s inaugural ceremony.

In the Indian establishment’s assessment however, several factors led to Pakistan agreeing to work on a visa-free travel for Sikh pilgrims and the Kartarpur corridor to facilitate their journey, primary of which was to compel India to restart the stalled dialogue between the two sides. The new regime in Islamabad wanted to tell the world that it was ready to engage with India to peacefully resolve all their outstanding issues, particularly, the Kashmir dispute. But in effect it was the sign of a desperate Pakistan trying hard to break from its isolation in the region. Barring China, which continues to be its main backer. Pakistan has had strained relations with all the countries it shares a border with—India, Iran and Afghanistan. Moreover, India’s assertion that it will not attend the SAARC Summit if it is held in Pakistan because Islamabad continues to use terror as a favourite tool of engagement with Delhi, had also been backed by many other members of the South Asian grouping. This has added further pressure on Pakistan.

In addition, its continued isolation in the region is still keeping away foreign investors of putting their money in projects in Pakistan and has only aggravated the situation for the country which had been facing a severe economic crisis. The fact that the biggest economy in South Asia has stayed away from the multi-billion dollar China-Pakistan Economic Corridor so far has also raised questions in some quarters about the mega projects viability.

All these factors make an engagement with India and resumption of the stalled dialogue an ideal sense for Pakistan, according to Indian policy planners.

But if the Indian government was waiting to pick up signals from the new PTI government in Pakistan that would suggest a change in Islamabad’s stand towards Delhi, it has been disappointed.

“The proof of the pudding is in the eating,” says minister of state for Urban development Hardeep Singh Puri, who was part of the Indian delegation that was present at the Karatarpur corridor’s groundbreaking ceremony in Pakistan last week. He pointed that so far there was nothing to suggest that Pakistan was willing to give up terror as a tool for its engagement with India.

Many more leaders in India agree with that view. Swaraj, who refused to travel to Pakistan for the occasion made it clear that India’s decision to send two of its ministers and a delegation to Pakistan does not mean it was returning to the talks table. She also made it clear that India’s stand of staying away from a SAARC Summit in Pakistan remains as long as Pakistan does not stop sponsoring terrorism against India.

Imran Khan took the opportunity of trying to convey his seriousness in improving ties with India through an interaction with the Indian media team which had travelled there. Though he maintained that both, he and the Pakistani army, were keen to have a civilised relation with India where all issues, especially Kashmir is addressed and resolved through peaceful negotiations, his vagueness on the issue of terrorism has hugely disappointed observers in Delhi.

Khan’s assertion that he had inherited problems like the “26/11 terror issue” and hence should not be held responsible for it has been read in the Indian establishment as his attempt to wash his hands off the stalled trial and attempts at taking further legal recourse against the perpetrators of the terror act that killed over 160 innocent people in Mumbai. The fact that very little has been done in the last 10 years on 26/11 and the Pakistani PM’s attempt to brush the entire issue under the carpet was seen by Delhi as a “tried and tested” method of Pakistan to disown anything that has been agreed or done by the previous government.

“Imran Khan has also inherited a huge economic crisis, which he claims was the handiwork of the previous Pakistani government. But can he brush his hands off it? Why is he then running from pillar to post to seek a bailout package to get out of the crisis,” says a senior Indian diplomat.

He concludes that despite the homilies that seemed to have impressed the visiting team of Indian journalists, there is nothing to suggest that Pakistan will be any different under the Imran Khan regime, at least in its attitude towards India and on its reliance on terror groups it can use against Indian assets and cities.

The Pakistani side, however, don’t seem that upset with the tough stand taken by India and in its refusal to reciprocate positively to the attempt at restarting the dialogue between the two sides. Most Pakistani commentators feel that much of what is being said by the Indian government stems from maintaining a tough stand vis-a-vis Pakistan before the 2019 Lok Sabha elections. Things might improve in favour of a dialogue after a new dispensation in India comes to power in the middle of next year.

Irrespective of the Pakistani assessment, it remains clear that even if a dialogue resumes between the two sides it cannot be sustained unless cross-border terrorism from Pakistan directed at India stops completely. A meaningful engagement between the two estranged neighbours might have to wait till that happens.