The Savitribai Phule Pune University was recently in the news when it was reported that its convocation will observe distribution of gold medals to only those students who are pure vegetarian and teetotaller. 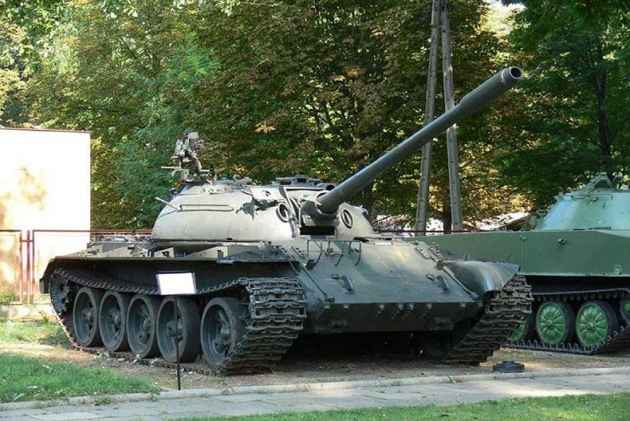 Savitribai Phule Pune University is set to receive a T55 battle tank as a gift from the Southern Command of the Indian Army.

The Russian battle tank, which played a key role in the 1965 and 1971 India-Pakistan wars, will be installed on the premises of the Defence & Strategic Studies Department of the varsity on Wednesday, said an official release by SPPU.

"The tank will be installed on the premises of the defence & strategic department in the presence of general officer commanding-in-chief Southern Command Lieutenant General P M Hariz on Wednesday," it said.

The defence & strategic studies department of the SPPU has a long association with armed forces, and many senior defence officials have received doctorates from the department.

"The defence has also instituted Chhatrapati Shivaji Policy Chair and senior official from the army is appointed to the chair for two years," said Dr Vijay Khare, head of the D&S Studies, SPPU.

He said that besides the academic exchange, General BC Joshi Lecture is organised every year by the Indian Army and the Defence & Strategic Studies Department jointly.

The move comes months after vice chancellor of Jawahar Lal Nehru University (JNU) Jagdish Kumar said that the presence of an army tank in the varsity will remind the students of sacrifices and valor of the defence forces.

Kumar had called on minister of state for external affairs general VK Singh to help the University procure a tank.

"Would like to request VK Singh ji to help us procure an army tank so that we can put it on display in the university. Presence of an army tank will constantly remind students of great sacrifice and valor of Indian Army and defence forces," said Kumar.

The Savitribai Phule Pune University was recently in the news when it was reported that  its convocation will observe distribution of gold medals to only those students who are pure vegetarian and teetotaller.

In a circular, it informed affiliated colleges and departments about a gold medal award, constituted in the name of Yog Maharshi Ramchandra Gopal Shelar, alias Shelar Mama for non-science streams postgraduate students for the academic year 2016-17. The decision has drawn flak from some quarters even though the varsity said it does not differentiate anyone on the basis of food habits.

The medal is sponsored by the trust and family members of Shelar Mama.