The two cases relate to the killing of Indian Air Force officers on January 25, 1990 in the outskirts of Srinagar city and the kidnapping of then union home minister Mufti Mohammed Sayeed’s daughter Rubaiya in 1989. 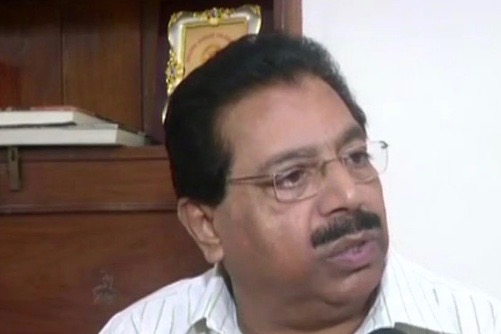 In remarks that could cause embarrassment to the party, Congress leader PC Chacko has come out in support of senior Kashmiri separatist leader Yasin Malik, who is set to face trial in two nearly 30-year-old cases relating to the gunning down of IAF personnel and the Rubaiya Sayeed kidnapping.

A day after the Jammu and Kashmir High Court rejected an appeal of the chief of the outlawed Jammu Kashmir Liberation Front (JKLF) for transferring his trial from Jammu to Srinagar, Chacko said India is a democracy and the government “cannot threaten anybody”.

Chacko, the Delhi Congress chief, alleged that the Narendra Modi government was trying to get Malik surrender at gunpoint.

PC Chacko, Congress: Even though we do not support Yasin Malik's ideology or actions, the courage he has shown is something which should be appreciated because New Delhi cannot threaten anybody, India is a democracy. https://t.co/nX57V7VPlZ

PC Chacko, Congress: If Pragya Singh Thakur, a convicted person, an accused person, can contest an election, and in the name of separatism, Delhi is asking him (Yasin Malik) at gun point to surrender, anyone with self respect will react the way Mr Yasin Malik did. pic.twitter.com/GmWg2ZY0D5

The two cases relate to the killing of Indian Air Force officers on January 25, 1990 in the outskirts of Srinagar city and the kidnapping of then union home minister Mufti Mohammed Sayeed’s daughter Rubaiya in 1989.

Two chargesheets were filed by the CBI in August and September 1990 against Malik before the designated TADA court in Jammu.

Malik is presently lodged in Tihar jail in New Delhi after being arrested by the National Investigation Agency in a case related to financing of terror and separatists organisations.

He was arrested a couple of weeks after the Central government banned JKLF saying  the outfit  was actively engaged in inciting secessionism and illegal funneling of funds for fomenting terrorism in Jammu and Kashmir.

Sadhvi Pragya, one of the prime accused in the  2008 Malegaon terror blast case in which 6 people were killed, has been fielded by the BJP from Bhopal  in the 2019 Lok Sabha election.