Why All Eyes In Odisha Are On Kendrapara In This Election

In the 19 years that Naveen has been in power, no leader has won a direct election after falling out with the BJD supremo. 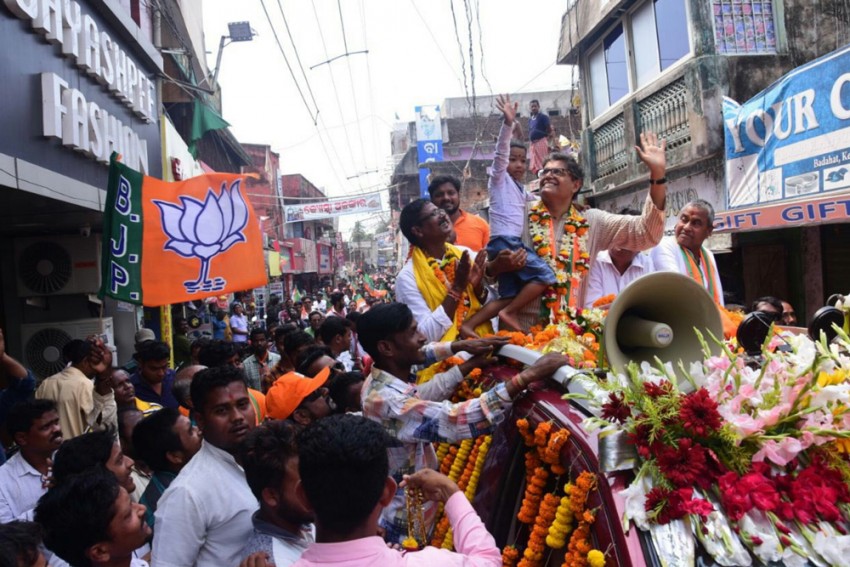 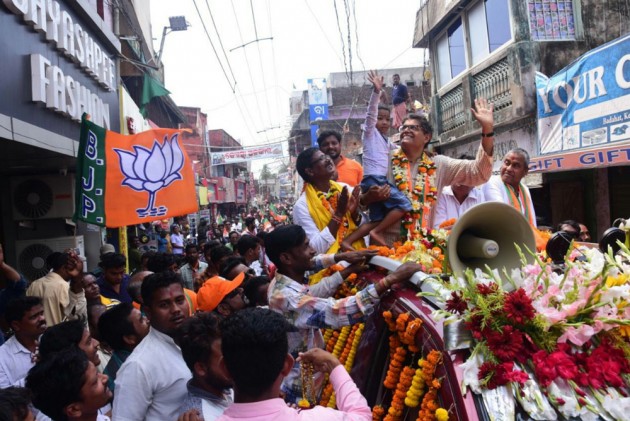 Of the 21 Lok Sabha seats in Odisha, Kendrapara is the one that has kept everyone riveted in this election. The reason: the outcome in this coastal constituency will determine the political future of Baijayant ‘Jay’ Panda, Chief Minister and Biju Janata Dal (BJD) supremo Naveen Patnaik’s ‘Enemy No. 1’ at the moment and the BJP candidate from the seat.

In the 19 years that Naveen has been in power, no leader has won a direct election after falling out with the BJD supremo. Stalwarts of Odisha politics like Ramakrushna Patnaik, Bijoy Mohapatra and Sarat Kar have fallen by the wayside while others like Amar Prasad Satpathy and Prashant Nanda have returned to the fold, their tails firmly between their legs. If Jay manages to win, it would mean that Naveen is losing his vice-like grip on the state and also bust the organized propaganda by the ruling party that he is a non-entity without Naveen on his side. A win this time will set the two-time MP from Kendrapara firmly on course for a much bigger role in state politics in the days ahead. 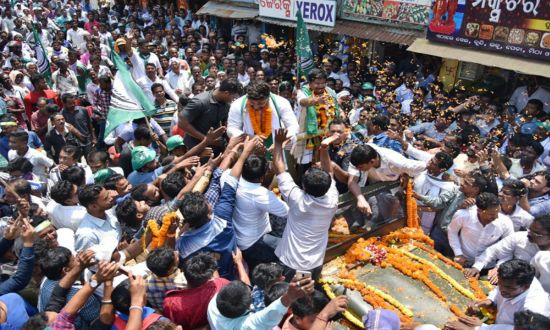 But the odds are heavy against Jay. For one thing, Naveen himself has raised the stakes by openly accusing Jay of floating stories about his health and ‘eyeing’ his chair, sending out a strong message to the party leaders and workers on the ground that his bête noire has to be defeated ‘by hook or by crook’. For another, Kendrapara has been a BJD bastion where the BJP has had only a marginal presence in the past. [The BJP had polled just 1, 18, 707 votes while the BJD (Jay) had got 6, 01, 574 votes and the Congress 3, 92, 466 votes in the 2014 elections.]

No wonder Jay is banking more on his personal rapport with his constituents during his two terms as the BJD MP than the organizational strength of his new party. There is little doubt that he has nursed his constituency well, spending 10-15 days every month among the people of Kendrapara, being by their side in times of joy and sorrow, rescuing workers stranded in hostile foreign countries like Syria, Iraq and Afghanistan and spending his MPLAD funds to augment drinking water facilities and other amenities.

The suave, Twitter savvy former MP received a huge shot in the arm when he managed, soon after joining the BJP, to persuade Bijoy Mohapatra, who had quit the party in disgust in November last year after being sidelined for years, to return to the fold and contest from his home turf of Patkura, part of the Kendrapara Lok Sabha constituency. Mohapatra, Naveen Patnaik’s original bête noire, is a force to reckon with not just in Patkura but the whole of Kendrapara. Since being tricked out of the contest in the 2000 Assembly elections, he has not been able to make it the House, primarily because Naveen has pulled out all stops to defeat him in all subsequent elections.

And it’s not different this time. Concerned at the ganging up of two ‘renegades’, the BJD supremo pulled out a particularly cynical trick out of his bag and nominated veteran leader and sitting Patkura MLA Bed Prakash Agrawala (82), who was fighting for his life in the ICU of a leading private hospital in Bhubaneswar, from the seat. The senior leader was so critical that he could not even come to collect his ticket for nearly a week. With chances of his survival slim, Agrawala’s wife and son met Naveen during this period and pleaded for the ticket to be given to someone else in the family. But Naveen would have none of it. As expected, Agrawala passed away on April 20 morning, necessitating countermanding of the election in Patkura. With the senior Agrawala no more, it is now almost certain that he would field his son Sanjay for the Patkura poll, now rescheduled for May 19, to get the benefit of a ‘sympathy wave’ and stop Bijoy – and by implication Jay – in his tracks.

Despite this setback, Jay has done the remarkably well to position himself as the principal challenger to the BJD candidate, Ollywood superstar Anubhav  Mohanty, pushing the Congress to the third place. Reports from Kendrapara suggest many of those who voted for the Congress last time – and some who did for BJD as well – are veering towards the BJP now. But as the numbers show, beating the BJD is still going to be tough in what is its stronghold even if all the votes polled by the Congress candidate Dharanidhar Nayak (who has been fielded this time too), come the BJP’s way. There has to be a significant dent in the BJD vote bank for Jay to win and there is no sign yet of that. Mohanty, a Rajya Sabha MP, is no pushover either. He is extremely popular across the state, especially among the youth. His won popularity and the organizational heft of the party make for a formidable combination. Winning against him is thus going to be a daunting proposition for Jay.

But elections have thrown all such calculations haywire and surprised everyone with the outcome in the past. And Jay Panda would certainly be hoping that it is going to happen one more time.