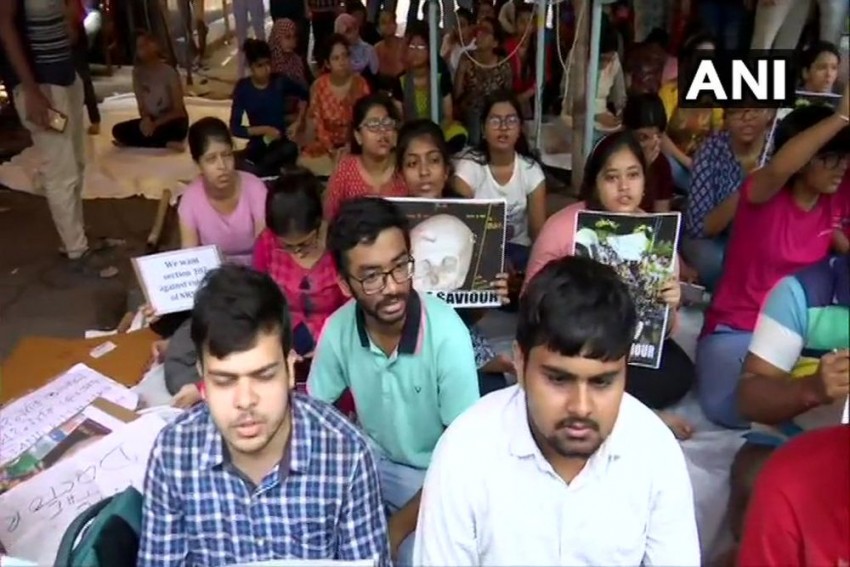 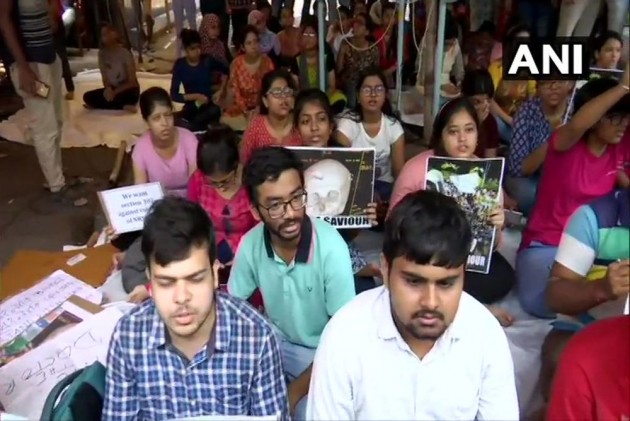 Junior doctors at Calcutta's Nil Ratan Sircar (NRS) Medical College and Hospital on Thursday continued their strike for the third consecutive day after doctors were attacked by the family of a patient, who died due to alleged medical negligence on June 10.

The health services in West Bengal came to a virtual halt on Wednesday as the doctors demanded chief minister Mamata Banerjee's intervention in the matter.

The state government has asked the junior doctors to withdraw the strike and resume their duties, but the agitators were in no mood to relent.

"This (assault on doctors by patients' relatives) cannot continue. We have no security and the police also do not pay heed to our complaints. This situation must be put to an end. We want an assurance from the chief minister. Until then we will continue our strike," a junior doctor belonging to the ESIC Medical College and Hospital said.

Banerjee on Wednesday deputed nephew and party MP from Diamond Harbour in South 24-Parganas and senior bureaucrats to douse the flame.

The BJP, however, continues to corner the TMC government, harping on the “complete breakdown of law and order” in the state and therefore also demanding the President's rule.

After several TMC leaders over the past few weeks switched over to the BJP, Banerjee is believed to have instructed party workers to “make life hell for the people who want to join the saffron party”.

Meanwhile, the agitating junior doctors have refused to relent or even respond to the state government's request which they say was "more like a threat than a request."

“Why hasn’t the chief minister visited the injured doctors... She is known for visiting everyone... Why not doctors who were assaulted,” asked a junior doctor, echoing the sentiment of protesters.

All eyes are on the Thursday meeting convened by West Bengal Governor Keshari Nath Tripathi to “discuss the post-poll violence in the state."

The unprecedented meeting, for the first time, has been called for four parties—the Trinamool Congress, BJP, the CPI(M) and the Congress’s— unlike the earlier meetings that were attended by all registered political parties.

The governor’s meeting on the “breakdown” of law and order situation in the state has once again raised the obvious question: is the President's rule on the cards?

When asked about the possibility of President's rule in the state during a recent interview with an English news channel, India Today, Tripathi said: “There might be. When the demand comes, the central government will decide...”

But political observers and commentators opine that the BJP-led NDA government is also wary of handing the advantage to the TMC if the President's rule was imposed in a haste. A miscalculation on BJP's part, they say, could once again propel Banerjee to the centre stage of the national politics.