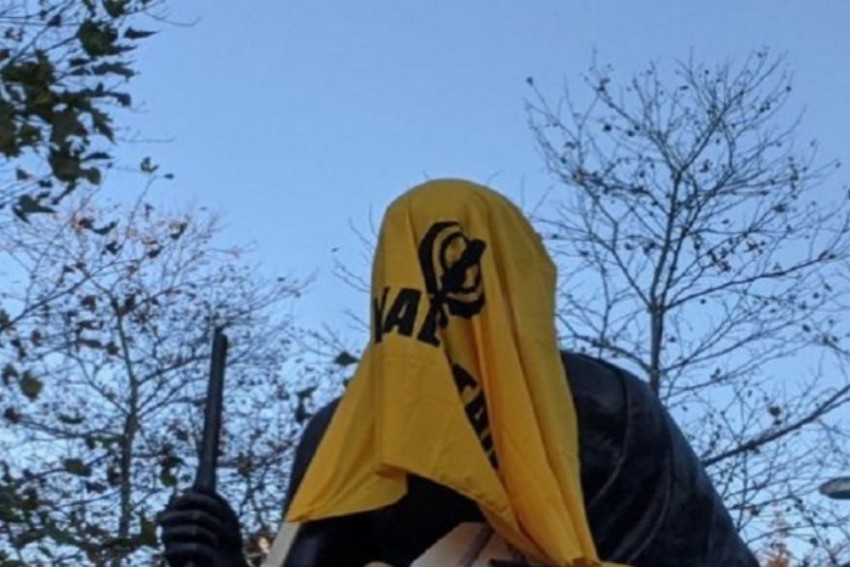 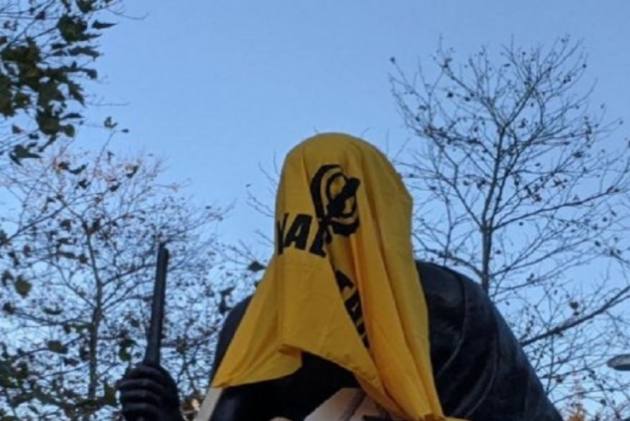 A statue of Mahatma Gandhi was ripped down by some unknown miscreants from the base earlier this week in the US state of California, creating shock and agitation amongst the Indian-Americans across the country. They demanded a thorough probe in the case.

The vandalised statue stirred controversies after it was found by a park employee in the early hours of morning of January 27, the police said.

The statue is being removed and will be stored in a safe place until it can be evaluated, said Davis City councilman Lucas Frerichs.

Investigators are still unsure of when exactly the statue was torn down or what the motive may have been, The Sacramento Bee reported.

“Seeing as it’s a cultural icon to a portion of the people in Davis, we are taking it very seriously,” Deputy Chief Paul Doroshov of the Davis Police Department was quoted as saying by the daily.

The statue of Gandhi, which was donated by the Indian government to the city of Davis, was installed by the city council four years ago amidst protests from anti-Gandhi and anti-India organisations.

Organisation for Minorities in India (OFMI), which spearheaded these protests and opposed the installation of the statue. The City of Davis had however voted to go ahead with the installation. Since then OFMI had launched a campaign to remove the Gandhi statue.

India on Saturday strongly condemned the vandalisation of a statue of Mahatma Gandhi in the city of Davis in California and took up the matter with the US, seeking appropriate action against those responsible for the "despicable act".

"The government of India strongly condemns this malicious and despicable act against a universally respected icon of peace and justice," the Ministry of External Affairs (MEA) said.

It said the Indian embassy in Washington has taken up the matter with the US Department of State for a thorough investigation into the incident and appropriate action against those responsible for it.

In a statement, the MEA said the US Department of State has conveyed that the act of vandalism is unacceptable and expressed the hope that the perpetrators will be brought to justice as quickly as possible.

"The Consulate General of India in San Francisco has separately taken up the matter with the city of Davis and local law enforcement authorities, which have initiated the investigations," it said.

The MEA said the Mayor of Davis has deeply regretted the incident and informed that they have initiated an investigation.

Meanwhile, Indian-Americans have also expressed deep anguish and shock at the incident.

“An atmosphere of hatred was being created by many anti-India and hinduphobic radical organisations like OFMI and other Khalistani separatists for many years now,” said Guarang Desai of Friends of India Society International (FISI).

“They have not only run hate campaigns against Indian icons but have been at the forefront of attempts to push hinduphobia and erase India from California school textbooks,” Desai said.

In 2016, the OFMI was part of a campaign to remove the mentions of 'India' from the sixth and seventh grade California school textbooks and replace them with ‘South Asia’. After massive protests from parents and students, the California Department of Education had dropped the controversial changes.

Appalled at the desecration, the Hindu American Foundation (HAF) has demanded that the Department of Homeland Security (DHS) and Federal Bureau of Investigation (FBI) investigate the incident as a hate crime.

“We condemn this cowardly desecration and call upon the Department of Homeland Security and FBI to investigate this hate crime, as it was likely done with the intention of intimidating the Indian American community,” said HAF California Advocacy Director Easan Katir, a former member of the Davis Business and Finance Commission.

“We urge local police to apprehend the perpetrators and call upon the city council to resurrect the statue as a statement that such destructive acts are not in harmony with our community standards,” Katir said.

“Make no mistake” HAF said in a tweet “this is not about legacy of Gandhi as a person, but about intimating India and Indian Americans.”.

The Vandalism Was Praised On Twitter By A Pro-Khalistan Group In California, Who Shared Photos Of The Destroyed Statue, And Others Who Stated “Today Is A Good Day.”

This is not the first time a statue of Gandhi has been desecrated. In December 2020, Khalistani-supporters had desecrated a Mahatma Gandhi statue in Washington, DC in front of the Indian Embassy.