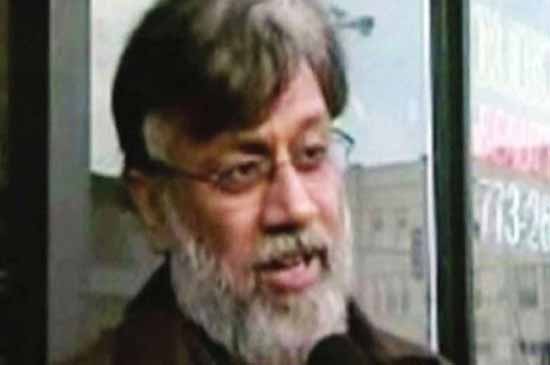 A US court has denied the bail plea of Pakistani-origin Canadian businessman Tahawwur Rana, a key accused in the 2008 Mumbai terror attack and declared a fugitive by India, asserting that he has not negated the "risk of flight".

Rana, 59, a childhood friend of David Coleman Headley, was rearrested on June 10 in Los Angeles on an extradition request by India for his involvement in the Mumbai terror attack in which 166 people, including six Americans, were killed.

Pakistani-American LeT terrorist Headley was involved in plotting the 2008 Mumbai terror attack. He was made an approver in the case, and is currently serving a 35-year prison term in the US for his role in the attack.

Magistrate Judge Jacqueline Chooljian, the US District Court of Los Angeles, in his order on December 10 said that Rana "presented a robust bail package" and offered conditions that significantly mitigate the risk of flight.

But the "Court cannot find that he has negated the risk of flight" and as such granted the request of the US government to the continued detention of Rana.

Meanwhile, the US government in the court has supported India's request that the documents submitted by it in support of extradition of Rana be not made public.

The extradition documents presented by India apparently include information about Rana’s involvement in the Mumbai terrorist attack that would be shared with him.

"Although the United States has no affirmative discovery obligations in extradition matters, in this case, it has agreed to provide Rana a document in its possession from an unrelated 'state court' proceeding in India. India has requested that the United States take steps to limit public dissemination of this document," US Attorney Nicola T Hanna said in a court submission on Friday.

In his December 10 order, the judge said Rana was currently facing multiple criminal charges emanating from India in connection with alleged conduct by him that at least to some degree overlaps with and formed a basis for federal criminal charges on which Rana was tried in Chicago and relates to the November 2008 terrorist attack in Mumbai.

Rana in his bail plea said that his health is in poor condition, including two heart attack while in custody and two weeks of illness early this year. Rana argued that he was not a danger to the community – which was opposed by the US government.

The judge noted that Rana did not perform any violent acts himself and instead provided material support to the Denmark plot by furnishing Headley with business cards, supporting his business cover, and providing him with logistical support for his travels and plots.

The nature of the offenses charged in India – which relate to the Mumbai attack – also weigh in favour of finding that Rana is a danger to the community, though the weight of the evidence on the same is far less conclusive, she wrote.

The Conspiracy to Commit Murder and Murder charges are obviously extremely serious and the letters filed by the government bring home the devastating impact the Mumbai attack had and continue to have on the victims and their families, the judge wrote.

There is no question in the Court's mind that given Rana's significant foreign ties, particularly to Canada, and the potential death penalty awaiting him in India if he is extradited on and convicted of the most serious pending charges, that Rana is a flight risk, the judge wrote.