‘This win is a tribute to the age-old brotherhood existing between different religious communities in Kashmir, says Dr Harbakash Singh of PDP. 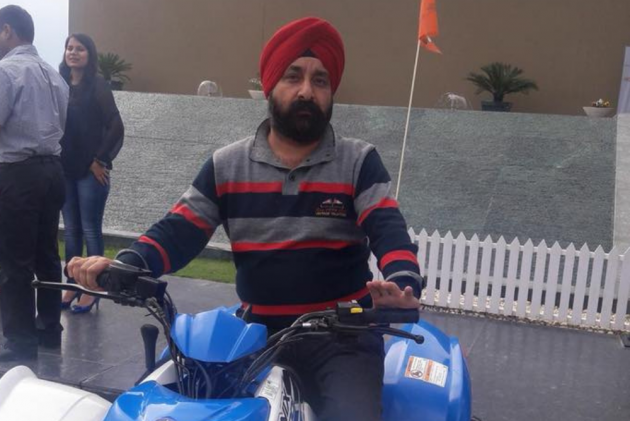 For the first time, Sikhs were elected in Kashmir on Tuesday as the two candidates from the minority community won the District Development Council (DDC) elections.

Both the Sikh candidates have won from the restive sub-district of Tral.

Lotus Blooms In Kashmir But Alliance Leads In DDC Polls

Harbakash received 1,414 votes and won over by 908 votes against his close rival from the BJP.

“This win is a tribute to the age-old brotherhood existing between different religious communities in Kashmir. It is also a slap on the communal forces in India who have been defaming Muslim majority community of Kashmir for being communal and driving out Hindus from valley,” Harbakash told Outlook.

The Sikh leader said he received majority of the votes from Muslims who campaigned for him from day one. “Ten candidates mostly from Muslim community were contesting for the seat but Muslim voters elected me. It is a great honor,” he said.

“Sikh community is a microscopic minority in Kashmir and majority community has always been supportive of us in all realms of life,” he said.

Harbakash is a resident of Kavil hamlet of Tral sub-district in south Kashmir's Pulwama district.

Kavil has a population of around 350 people and his family is the only one living there for more than 100 years.

Harbakash started his political career as a student and was provincial president of NSUI Kashmir for many years. He also served as youth general secretary in Congress and finally moved to the PDP.

He was elected as PDP general secretary and also served as PRO to then cabinet minister and PDP heavyweight Nayeem Akhkter for four years during the PDP-BJP regime.