As concerns over the spread of the virus mounted after two more persons tested positive on Monday, Prime Minister Narendra Modi held an extensive review on the preparedness. 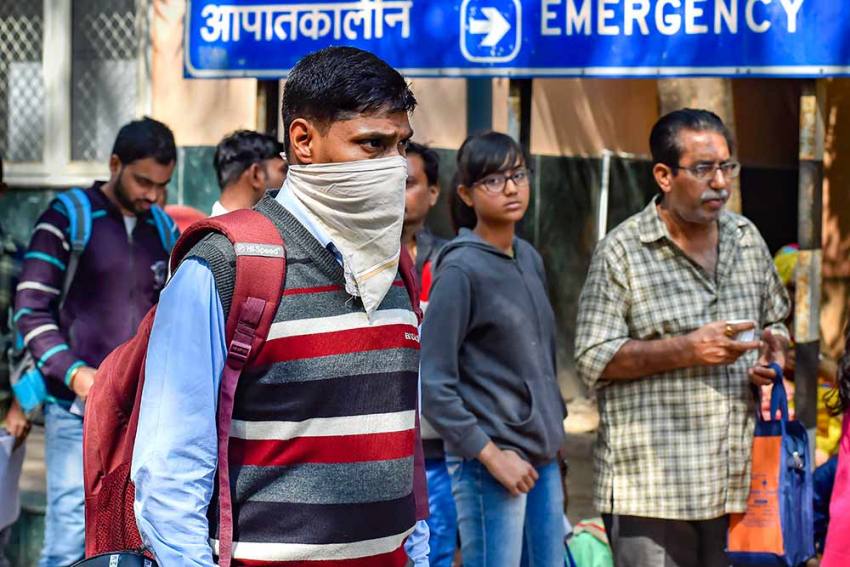 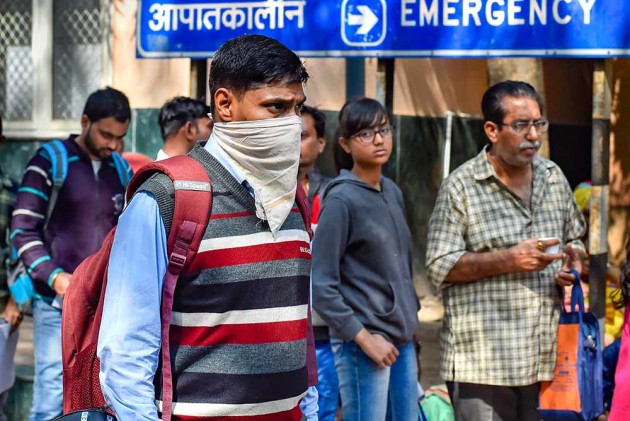 Two private schools in Noida were shut on Tuesday for next few days after father of one of their students tested positive for Coronavirus, while several people, including his family members, were quarantined or kept in isolation as authorities stepped up prevention efforts including suspending existing regular and e visas to nationals of four other affected countries.

Officials said the sample of an Italian tourist in Jaipur which was sent to National Institute of Virology, Pune was found to be positive after the first two tests gave contradictory results.

With this, six cases of COVID-19 have been reported in the country so far. Three of the patients have recovered.

The 69-year-old Italian's wife also tested positive for the virus on Tuesday but her samples are being sent to Pune for another test. The couple has been kept in isolation at the Jaipur's Sawai Man Singh Hospital.

Twenty-one Italian tourists and three Indian tour operators, who were in the same group as the couple, have been sent to an ITBP quarantine facility in Delhi on Tuesday for suspected coronavirus exposure, official sources said.

As concerns over the spread of the virus mounted after two more persons tested positive on Monday, Prime Minister Narendra Modi held an extensive review on the preparedness. He urged the people not to panic and instead take basic protective measures.

Sources said the patient from Mayur Vihar in Delhi, who had travelled to Italy recently and tested positive on Monday, was shifted to a quarantine ward at Safdarjung Hospital on Sunday night.

One of the schools in Noida, on the outskirts of Delhi, where the Delhi man's son is a primary class student, said it will remain shut from March 4 to March 6, while the other said it will be closed till Saturday. The board exams are not affected, the messages sent by the schools to the parents made clear.

It came to light that the man had thrown a birthday party last week for the child, triggering fears that those who attended it including some students and his relatives might be at risk.

Samples from six people from Noida, including three children, have been taken to check if anyone has been infected, Noida's Chief Medical Officer Anurag Bhargava said.

Fumigation was underway in both the schools and a Health Department team led by Noida's chief medical officer visited the site, an official said.

While some family members of the man, an accountant and others who came in contact with him were asked to remain quarantined at their homes in Delhi and Agra, six others from Agra with "high-viral load" have been kept in isolation at Safdarjung Hospital in Delhi and their samples sent to NIV, Pune, officials said.

Contact tracing of the people who came in contact with the six is simultaneously being done through the Integrated Disease Surveillance Program (IDSP) network, the Health Ministry said in a statement.

In a statement, the Uttar Pradesh government said that two Agra residents, who had come in contact with the Delhi man, were found to be having symptoms of Coronavirus.

"As many as 23 contacts were identified, and report of 13 persons were obtained. Of these 6 persons are suspected to be infected by Corona, and the samples have been sent to National Institute of Virology, Pune. All the six suspected patients have been admitted to Delhi's Safdarjung Hospital. The result of 10 samples sent to NCDC, Delhi is awaited," it said.

Hotels and the authorities at tourist sites in Agra have been told to inform the office of the chief medical officer as soon as visitors from Italy, Iran or China arrive, so that they can be screened for coronavirus infection, Agra Chief Medical Officer Dr Mukesh Vats told PTI.

The other patient who tested positive for the COVID-19 infection on Monday, a 24-year-old techie, is admitted in Hyderabad and had recently travelled to Dubai and Bengaluru.

Karnataka Health Minister B Sriramulu said that a medical team is monitoring the health condition of all those people who had come in contact with the software engineer.

The software engineer had worked with people from Hong Kong in Dubai last month where he is suspected to have contracted the virus, Telangana health minister E Rajender told reporters in Hyderabad.

The Union Health Ministry on Tuesday said all regular visas/e-visas granted on or before March 3 to nationals of Italy, Iran, South Korea and Japan, who have not yet entered India, stand suspended in view of the emerging global scenarios regarding COVID19 disease.

On February 4, India had cancelled the existing visas for Chinese nationals and foreigners who had visited the neighbouring country in the preceding two-week period, following the outbreak of Coronavirus which has now spread to over 60 countries and claimed over 3,100 lives. Over 90,000 have been infected.

Visa on arrival (VoA) issued on or before March 3 to Japanese and South Korean nationals, who have not yet entered India, have also been suspended.

The Ministry also said diplomats, officials of UN and other International bodies, OCI cardholders and aircrew from above countries are exempted from such restriction on entry. However, their medical screening is compulsory.

"Passengers of all international flights entering into India from any port are required to furnish duly filled self-declaration form (including personal particulars i.e. phone no. and address in India) and travel history, to health officials and immigration officials at all ports.

The ministry said that all previous advisories stand superseded in view of the fresh instructions.

It asked all Indian citizens to refrain from travel to China, Iran, South Korea, Italy and asked them to avoid non-essential travel to other COVID-19 affected countries.

The Civil Aviation Ministry too conducted a meeting with all airports to review and update guidelines.

The DGCA asked airlines and airports to take specific measures such as providing protective gears like surgical masks and gloves to crew members and passengers and having multiple hand sanitising points in terminals.

It also stated that airports and airlines must ensure that each aircraft arriving from South Korea, Japan and Italy is subjected to disinfection process before the boarding begins for the next flight on the plane.

The government has asked people to avoid non-essential travel to Iran, Italy, South Korea and Singapore and said India was in discussions with authorities in Iran and Italy, two countries badly affected by the infection, to evacuate Indians there.

India had earlier reported three cases from Kerala, including two medical students from Wuhan in China, the epicentre of the deadly novel coronavirus.

"Had an extensive review regarding preparedness on the COVID-19 Novel Coronavirus. Different ministries and states are working together, from screening people arriving in India to providing prompt medical attention," the prime minister said in a tweet.

"There is no need to panic. We need to work together, take small yet important measures to ensure self-protection," he said while sharing a health ministry post.

Meanwhile in Lucknow, samples of an Uttar Pradesh resident who had returned from Saudi Arabia on Tuesday morning have been sent for testing. He will be quarantined for 14 days in the hospital, according to Chief Medical Officer Dr Narendra Agarwal.