Home  »  Website  »  National  » News Analysis  »  After Sri Lanka Blasts, Terrorism Likely To Be Back As Major Issue In Indian Elections

After Sri Lanka Blasts, Terrorism Likely To Be Back As Major Issue In Indian Elections

At least 290 people have died in the serial blasts in Colombo that ripped through three churches during Easter services on Sunday. 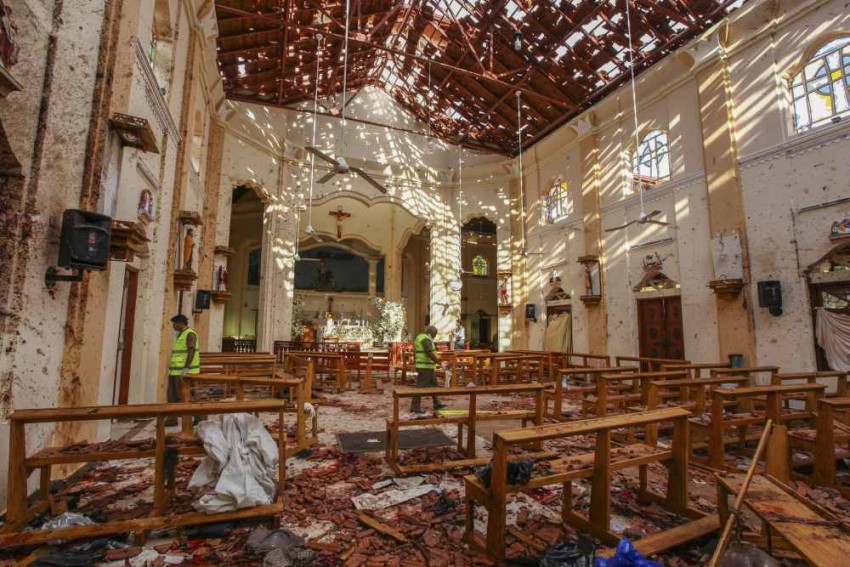 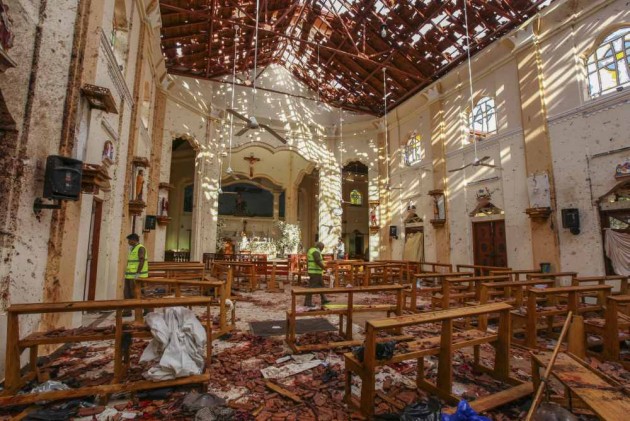 Security and terrorism are likely to be back as major issues in the Indian parliamentary elections following Easter Sunday’s serial bomb blasts in Sri Lanka.

A series of bomb attacks in churches and high-end hotels In capital Colombo and other parts of Sri Lanka yesterday led to the death of over 200 people and injured nearly 500 others.

So far the Sri Lankan government has taken a conscious decision of not naming the organization that was behind these attacks. This could be because it either does not have all the details yet or are afraid that revealing the names of the terror outfit could lead to further law and order problems for the government at this juncture.Though, it may not come as a surprise if in the coming days, as investigation progresses authorities in Colombo to come out with names of those behind the attacks.

But there is little doubt that Sunday’s tragedy in the neighbouring country will play a big role in highlighting the serious threat terrorists’ pose to open societies in the ongoing Indian parliamentary elections. The fact that three Indian nationals were among  the victims of the blasts, only strengthens such a possibility.

The Indian election campaign began with the issue of terrorism and the need to build an effective security in the country to deal with terrorists, especially those who sneak into the country from Pakistan.

The February attack by a Jaish-e-Mohammed “fidayeen” on the CRPF convoy in J& K’s Pulwama and the subsequent air strike by the Indian Air Force on JeM terror facilities deep inside Pakistan had led to a war like situation between the two sides. But barring a brief aerial dog fight between the two rival air forces, the situation did not deteriorate further. However, this did not stop a rise in nationalist sentiments in the run-up to the parliamentary elections.

Though, as the seven-phase elections progressed, the issue of terrorism and security seemed to be fading away somewhat giving way to issues like development, farm distress and unemployment. The detractors of the ruling BJP felt these were issues on which the Narendra Modi government was weak, and if they remained on focus during the elections, it may reduce the Prime Minister’s chances of returning to power.

This did not stop the BJP leaders from talking about Pulwama and cross=border-terrorism but they were also forced to address other economic issues and talk about steps taken by the Modi government on development.

On Sunday morning eight blasts were reported in Sri Lanka that included three churches in Negombo, Batticaloa and Colombo’s Kochchikade district. Three prominent hotels, Shangri-La, Kingsburry and Cinnamon Grand were also attacked. All of them happened when people were either attending Easter Sunday’s church services or getting to celebrate their meal on this important festive day.

Sri Lanka has had a long history of violence and terrorist attacks in the country. The 26-year long ethnic strife fought between the Liberation Tigers of Tamil Elam (LTTE) fighters and the Sinhala armed forces had led to hundreds of deaths and destruction of property worth several millions of dollars. But for the last 10 years and almost since the death of the LTTE supremo V. Prabhakaran in 2009, the island-nation had witnessed relative calm and peace.

Sri Lankan intelligence agencies have from time to time warned about possible regrouping by LTTE members from foreign soil. But so far there was nothing to indicate that the former Tamil Tigers had succeeded in their effort to regroup. However, some reports claim that Colombo was warned about a possible terror attack in churches by their intelligence agencies. If that is true, to what extent the government had tried to take preventive measures is something that will perhaps be revealed in the coming days after further investigations.

But for some Indian politicians, particularly the ruling BJP, the serial bomb blasts in Sri Lanka is an opportunity to remind  Indian voters of the grim reality and the danger posed by terrorists.