Mercury fell to a minimum of 2.4 degrees in Faridabad and Gurugram, located in Delhi NCR. Chandigarh recorded a minimum temperature of 5 degrees. 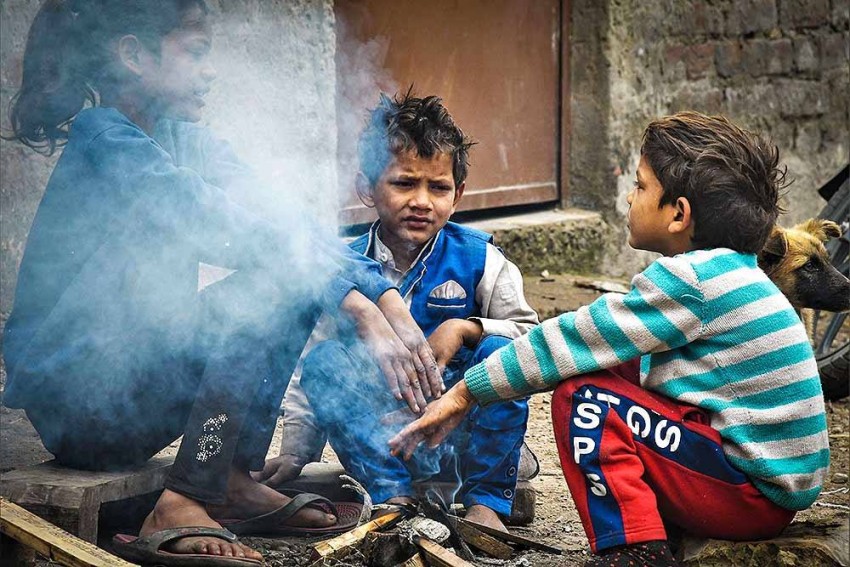 Children warm themselves near a bonfire during a cold winter day, at a village on the outskirts of Chandigarh.
PTI Photo
Outlook Web Bureau December 29, 2019 00:00 IST Severe Cold Conditions To Continue In Delhi, Punjab And Neighbouring States 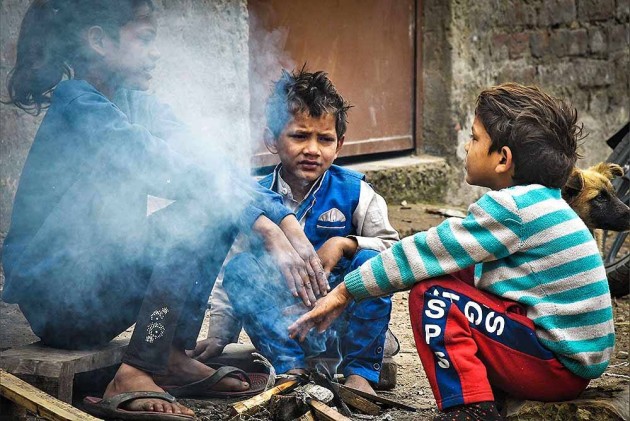 Cold to severe cold conditions are likely to persist on Sunday in most pockets in Punjab and several in Haryana, Chandigarh and Delhi along with in some places in Uttar Pradesh and Bihar, according to the Met Department.

Mercury fell to a minimum of 2.4 degrees in Faridabad and Gurugram, located in Delhi NCR. Chandigarh recorded a minimum temperature of 5 degrees.

Temperatures have also fallen by 1-2 °C at few places over West Rajasthan and West Madhya Pradesh.

Cold wave to severe cold wave conditions very likely in many pockets over Haryana, Chandigarh and Delhi, as per the Met Department's forecast. This may bring the mercury down further.

Dense to very dense fog is expected in some pockets in Uttar Pradesh, Punjab, Haryana, Chandigarh and Delhi.

Meanwhile, the national capital's air quality remained in the 'very poor' category at 392 as of 8:30 am.

The frigid air barrelling through north India plummeted temperatures to season's lowest in Delhi and neighbouring states on Saturday with many places recording a minimum of below two degrees Celsius, as dense fog reduced visibility and disrupted air, rail and road traffic.

Authorities were forced to divert four flights from Delhi airport to other destinations on Staurday. An airport official said pilots were operating under CAT-IIIB conditions, meaning the runway visuality range (RVR) was between 50-175 metres.

A railway official said 24 trains were delayed by 2-5 hours due to poor visibility, including the Howrah-New Delhi Poorva Express.