BJP MLA Sadhana Singh on Saturday said that the BSP supremo and former chief minister Mayawati is neither a man nor a woman. 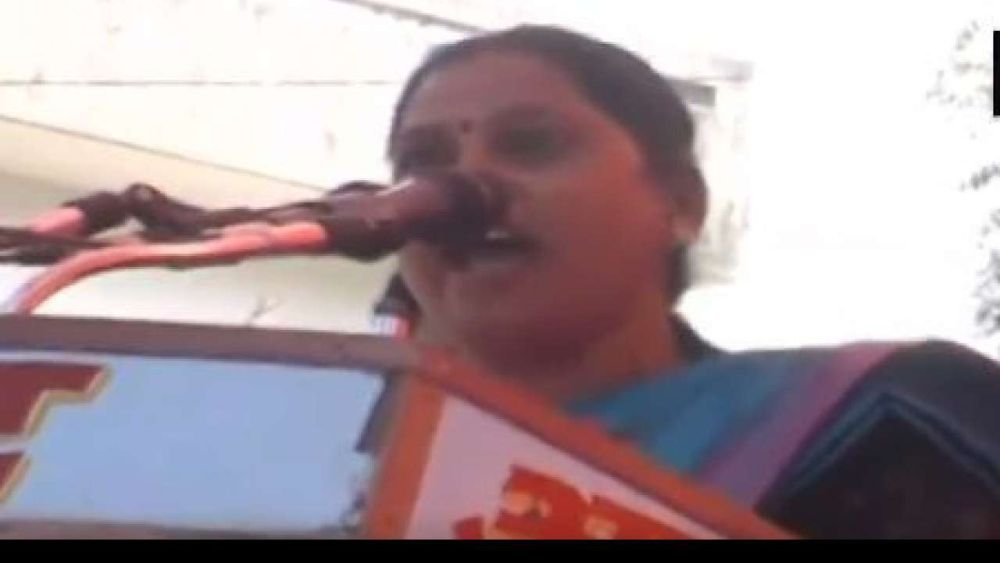 A BJP MLA in Uttar Pradesh landed in critisism from opposition party for using offensive remarks against BSP supremo and former chief minister Mayawati during a public gathering.

BJP MLA Sadhana Singh on Saturday said that the former CM is neither a man nor a woman.

"I don’t think Uttar Pradesh’s former Chief Minister is a woman or a man. She doesn’t understand the concept of dignity. Everything was looted from her, despite which she sold all her dignity to get power," said said.

In the video, Singh is seen accusing Mayawati of double standard for colluding with people who were responsible for the Guest House incident of 1995.

Reacting to the Singh's remark, BSP leader Satish Chandra Mishra said that she is "mentally ill".

This came after the MLA from Mughalsarai while addressing a public gathering, Singh without directly referring to the guest house incident, where Mayawati along with several other BSP leaders was attacked by Samajwadi Party workers, said that a woman who underwent a ‘chirharan’ (disrobe) is now compromising with the perpetrators, “she is worse than an eunuch.”

Mishra further asserted that the SP-BSP alliance has rattled the morale of the BJP leaders and that they have lost their mental balance in fear of losing the coming elections.

The SP and the BSP last week announced that they would contest the upcoming 2019 general elections collectively against the BJP.

“The language used by BJP leader Sadhana Singh against our party President Mayawati shows the level of the BJP. This shows that BJP is disappointed and frustrated with the SP-BSP alliance. They have no strength to win even a single seat in Uttar Pradesh. The level of language shows their mental illness. Such people should be admitted to the mental hospital of Agra or Bareli. The people of this country this time will show BJP its real place. They have lost their mental balance in fear of losing the election in Uttar Pradesh.”

SC Mishra(BSP) on Sadhna Singh's (BJP) remark on Mayawati: The words she used for our party chief shows the level of BJP. After the announcement of this coalition (SP-BSP), BJP leaders have lost their mental balance & they should be admitted to mental hospitals in Agra & Bareilly pic.twitter.com/py4L7c2z9c

Sadhana Singh is a member of UP’s 17th Legislative Assembly and represents the Mughalsarai constituency in Chandauli district.