When Lalu was sent to jail, he installed his wife (Rabri Devi) on the chair, but did nothing for the welfare of the women otherwise, says Nitish Kumar attacking Lalu Prasad 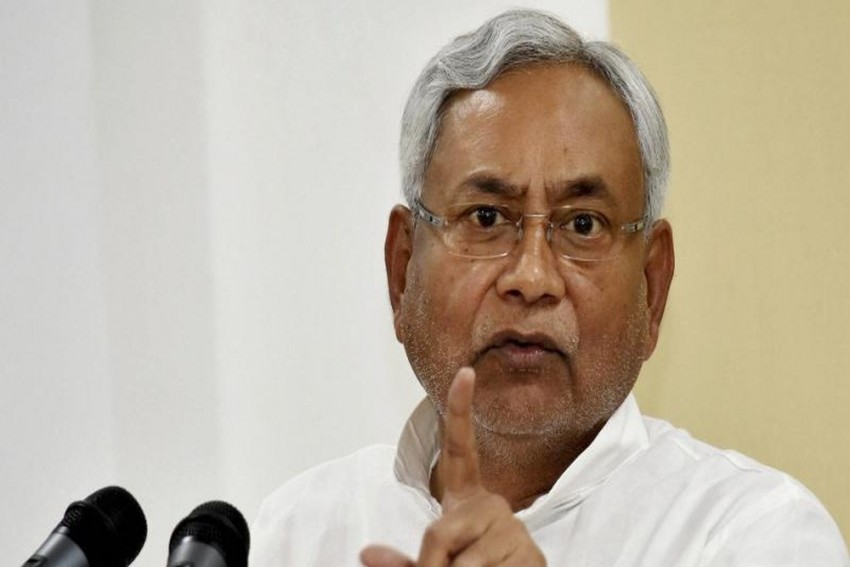 Attacking Opposition RJD, Bihar Chief Minister Nitish Kumar on Friday appealed to people not to "get misled" by those who "ignored" women and backward classes during their rule".

Addressing an election rally at Parbatta here, he said, "They are talking today, but how was the condition of women earlier? They were ignored, nobody paid attention to their issues."

Attacking his bete noire and jailed RJD chief Lalu Prasad, without naming him, Nitish said, "When he was sent to jail, he installed his wife (Rabri Devi) on the chair, but did nothing for the welfare of the women otherwise."

Lalu Prasad, who became chief minister of Bihar in 1990, had anointed his wife on the CM chair after he was sent to jail in 1997 over multicrore-rupee fodder scam cases.

Nitish said when he got the opportunity to work, he gave reservation to women in panchayats and urban local bodies, besides providing quotas to SC, ST and backward classes.

"If Bihar has progressed today, the biggest reason is womens participation. Promoting women is our commitment," the JD(U) chief said.

Talking about economic empowerment of women, he said his government started the Bihar Rural Livelihoods Project (BRLP), locally known as JEEViKA, by taking loan from the World Bank and the initiative has expanded today.

Trying to connect to his women voters constituency, he mentioned prohibition and asked them to cast their votes first and cook later on polling day and also encourage others in their family to vote.

Nitish declared Bihar a dry state in April 2016. On several occasions he had said he took the step on the demand of the women.

He said his government has ensured just development by taking along the SC, the ST, Backward Classes, Extremely Backward Classes and Mahadalits "whom nobody cared about earlier".

He said, "Earlier even cities did not have electricity, but now we have ended the lantern era and every household gets power now."

Lantern is the poll symbol of the RJD.

"Everybody knows who says what and indulges is what kind of misdeeds. They (the Opposition) neither have the experience to work nor do they want to work. They just indulge in useless talks," he alleged.

Speaking about the cooperation between the state and the Centre, he said, "Prime Minister Narendra Modi has given several projects for the development of Bihar. If you give us another chance to work, we will take Bihar forward and make it a developed state."

He also slammed the RJD over its record on law and order, education, health, jobs and other development parameters.

He said if voted to power, he will take irrigation water to every field and provide solar street light in every village.

The constituency goes to poll on November 3 in the second phase.

Kumar, who heads the JD(U), also addressed public meetings in Sheohar and Runi Saidpur in Sitamarhi district and listed achieveents of his past governments.