The reorganisation of districts was intended to ensure ease of administration and accessibility to people as the present districts were large in size, officials said. 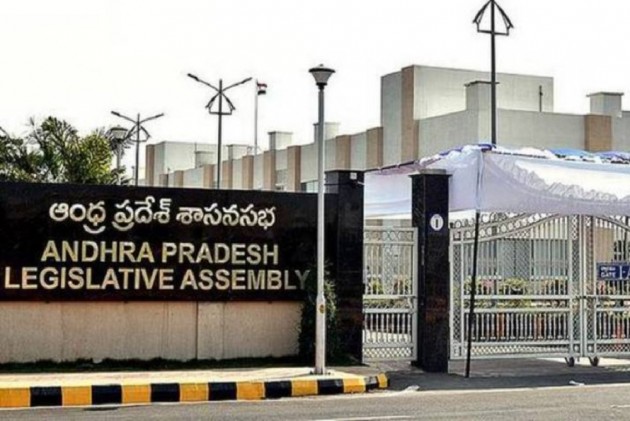 The reorganisation of districts in Andhra Pradesh, with each Lok Sabha constituency as the base, is turning out to be a ticklish job because of many disparities, including geographical ones. Distribution of resources, mainly natural, too is proving to be a tall task and could influence the eventual formation of new districts.

The number of districts in the state is supposed to increase to 25, from the existing count of 13, in line with the ruling YSR Congress' promise made on the eve of the general elections in 2019, with each Lok Sabha constituency as the base.

Since the Araku parliamentary constituency is spread over four districts now, the government came up with a proposal to split it into two new districts, thereby taking the count to 26.
As the high-level official committee, headed by the state chief secretary, was caught in a fix over the reorganisation exercise following several rounds of deliberations, it was said to have decided to leave the ultimate choice to the political leadership.

Officials involved in the exercise said that the state may eventually end up with more than the proposed 25-26 districts. "What happened in neighbouring Telangana could repeat in AP as well. They initially wanted to have 20 districts (after the state bifurcation) but ended up creating 31 and later made it 33. We may more or less match that," a top bureaucrat noted. As the exercise was turning out to be ticklish, the formation of new districts might get delayed beyond the intended date of March 31, 2021, he added.

The reorganisation of districts was intended to ensure ease of administration and accessibility to people as the present districts were large in size and have become "unwieldy to administer," the government had stated.

"The state government is committed in its endeavour to take governance to the doorsteps of the citizens, with the avowed objective of improving their lives and enhancing their satisfaction," government officials said, elaborating on the need for reorganisation.

But, when it got down to business, the high-level official committee headed by Chief Secretary Nilam Sawhney, realised that carving out new districts with each Lok Sabha segment as the base would not be an easy task, given the disparities in topography and also the resources. The committee, which was supposed to submit its report by November 7, has not yet accomplished its task despite holding five rounds of meetings in the last three months.
"The problem is not general but specific to certain (Lok Sabha) constituencies and districts. Araku is one case but there are many such segments where the Assembly constituencies under a Lok Sabha segment are split between districts. Going ahead with the current plan may lead to a new problem as there is a chance of some Assembly segments getting torn between (new) districts," a top official involved in the high-level committee pointed out.

While officials are grappling with administrative issues, political heat is also building up over the districts' reorganisation move. YSRC leaders in many places are raising various demands for formation of new districts, not necessarily with a Lok Sabha constituency as the base. The Srikakulam leaders, including Assembly Speaker Tammineni Seetaram, voiced their opposition to the splitting of their district as it would lose three important Assembly segments. They wanted the government to work out an alternative plan so that the existing geography of Srikakulam district is not disturbed even after the reorganisation. The main opposition party-- Telugu Desam Party also joined the chorus and strongly opposed the division of Srikakulam.

In Guntur district, there is a demand for a separate Palnadu district though a new one with Narsaraopet as headquarters is guaranteed.

Parallel to the efforts of the state administration, the police department too has come out with its own proposals for the division of its units, suggesting creation of 22 police districts.
Director-General of Police D G Sawang held a high- level meeting with his department officials across the state last week and chalked out plans for the reorganization of the police set up, proposing new units more or less co-terminus with the proposed (new) revenue districts.