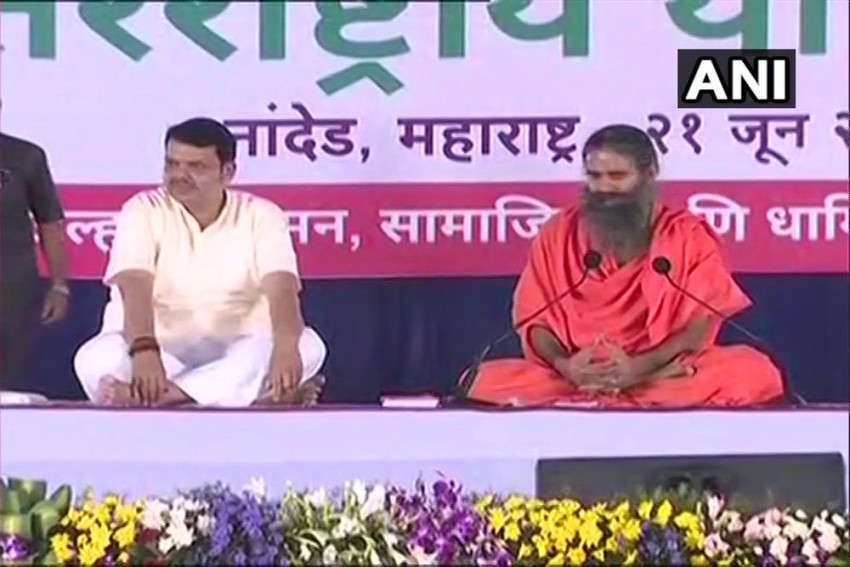 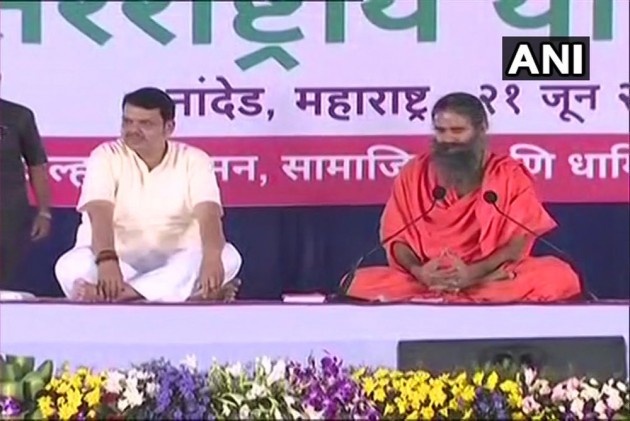 On the occasion of fifth International Yoga Day, Yoga guru Baba Ramdev on Friday performed yoga in Maharashtra's Nanded along with state Chief Minister Devendra Fadnavis and his followers.

Ramdev's organisation Patanjali has today organized programs in one lakh villages across India.

The theme of 5th International Yoga Day 2019 is "Climate Action".

The word "Yoga" is derived from the Sanskrit root 'yuj' meaning "to join", "to yoke" or "to unite". Yoga is based on an extremely subtle science which focuses on bringing harmony between mind and body. Yoga works on one's body, mind, emotion and energy.

The main Yoga Day event will be held in Jharkhand's Ranchi at 6.30 am in Jharkhand where Prime Minister Narendra Modi will perform Yoga along with the other participants.

As many as 30,000 people are expected to participate in the event, for which security has been beefed up across the city.

Several departments of the defence have taken part in yoga in the run-up to the fifth international yoga day. The striking yogic poses have now become a norm amongst the defence personnel in India.

In the United Nation, Yoga day was celebrated on Thursday that would be followed by a panel of discussion today.

The idea of the International Day of Yoga was first proposed by PM Modi during his speech at the United Nations General Assembly (UNGA) on September 27, 2014.

Yoga Should Be Made Part Of School Curriculum To Ensure Physical Well-Being, Mental Equilibrium: Venkaiah Naidu